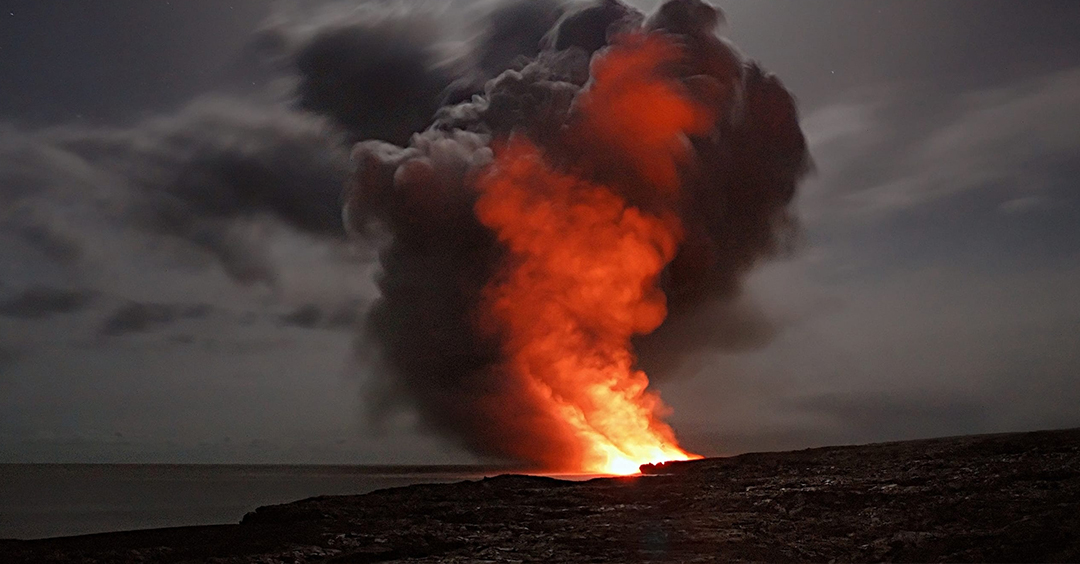 I'm Ron Hutchcraft and I want to have A Word With You today about "Spiritual Land Mines."

Sudden and unexpected destruction - that happens spiritually, too. Spiritual landmines are under the surface as well, but when they go off they do an awful lot of damage. They come in the form of three unholy loves. Whenever a follower of Christ blows up, or a ministry or ministry leader blows up, it's usually because one of these three loves erupted.

1 John 2:15-17, our word for today from the Word of God, exposes the unholy love that destroys what God is trying to build. "Do not love the world or anything in the world." What God is talking about here is really the world's values, the world's system, the world's way of doing things. "If anyone loves the world," it says, "the love of our Father is not in him. For everything in the world - the cravings of the sinful man, the lust of his eyes, and the boasting of what he has and does - comes not from the Father but from the world. The world and its desires pass away, but the man who does the will of God lives forever."

Let's try to bring that "the cravings of the sinful man, the lust of his eyes, and the boasting" right down to where we live. The three unholy loves that are land mines in any life or ministry. Here they are: the love of money, the love of the opposite sex, and the love of power. Think about the spiritual falls you've known about - most, if not all, of them are traceable to one or more of these unholy loves.

Usually, if your sin is because of your love for money, well ultimately you're going to leave a trail and you'll eventually be caught. Usually, if your sin is a sexual sin, it will ultimately be exposed and punished. But maybe the most insidious spiritual land mine of all is the love of power. That one's hard to prove, hard to confront - but a prideful, power-loving spiritual leader can often maim and scar and even destroy people for a lifetime without ever being stopped.

Many of us bring our pre-Christian baggage with us into our Christian life. If we don't repent of it, we usually try to baptize it and make it something spiritual. Consequently, for example, there are many people who were control freaks before they knew Christ and they carry that addiction to control right into their Christian experience and even their leadership. Except now we can dress it up as being a strong leader or having strong convictions. But underneath it's still the life-destroying, unholy love of power and control. It's the cancer that afflicted Diotrephes in 3 John, "Diotrephes," the Bible says, "loves to be first" (3 John 9). Well, 2,000 years have gone by, but there's still plenty of him around.

These three land mines hide beneath the surface for a while, but eventually they go off and they scar families, they split churches, they discredit ministries, and they hurt the name of Christ. So, would you join me in searching your heart to see if there's a mine there? And would you repentantly surrender it to Jesus today, please, before it does any more damage.