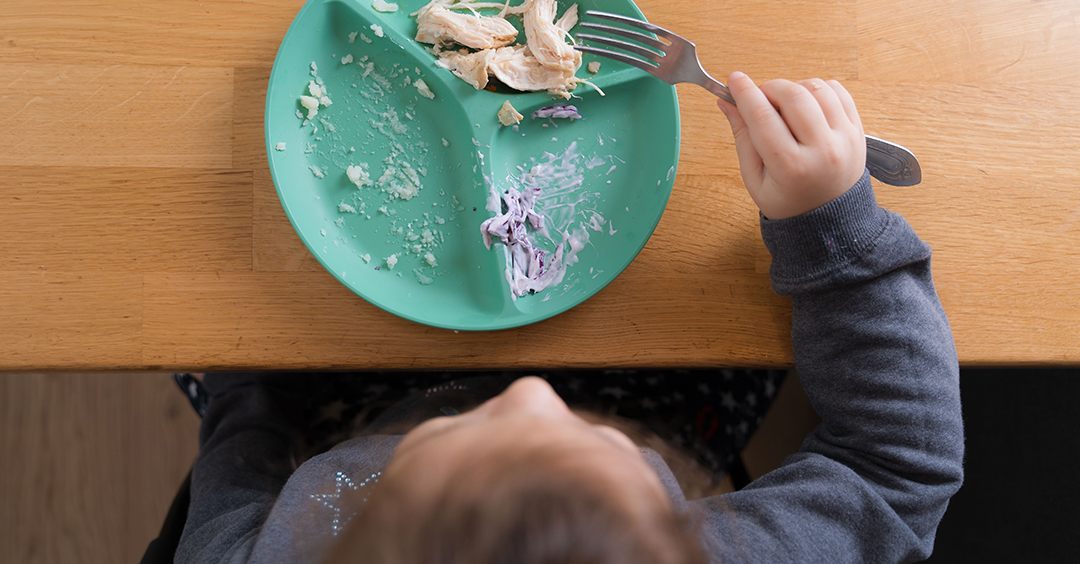 Years ago there was a cowboy hero, and a young boy who thought he was a big deal. The boy was me. And my parents bought me this plate with my hero's picture on it and an inscription that said, "That a boy! You cleaned your plate." I wanted his approval very much, so I just kept cleaning my plate...and filling it so I could clean it again. By the time I was in high school, I weighed 210 pounds. And whose fault was it that I was so heavy? I've told many people - it was the fault of that cowboy hero, of course. Well, at least I wish I could have blamed him.

I'm Ron Hutchcraft, and I want to have A Word With You today about "Someone Else's Fault."

I've always been joking, of course, when I blamed my "clean your plate" hero for my teenage weight problems. But it's no joke that blaming someone else is, for most of us, one of our favorite ways to account for something in our life that shouldn't be there - whether it's a bad attitude, a bad habit, a bad situation, or a bad relationship.

This attempt to dodge the responsibility for our actions is nothing new. Centuries ago, the prophet Nathan was sent by God to confront King David with his sins of adultery and conspiracy to commit murder. David had slept with Bathsheba, the wife of one of his most loyal soldiers, and then arranged for that man's death in battle. When David learned that Bathsheba was pregnant, well, he knew he had a serious problem on his hands and he tried to cover it up. But Nathan approached David with the parable of a rich man who had owned many sheep and a poor man who owned one little lamb. When a traveler came for dinner at the rich man's house, the rich man killed the poor man's one little lamb for dinner. David was enraged at this rich man's outrageous crime, and he angrily said, "The man who did this deserves to die!"

Then Nathan said these four chilling words to the king, "You are the man!" And in 2 Samuel 12:13, our word for today from the Word of God, "David said to Nathan, 'I have sinned against the Lord.'" That moment of painful honesty was the beginning of David's deep repentance and the restoration of his shattered relationship with God. It took a while, but David finally accepted the responsibility for what he had done. And the healing began that moment.

That's how it will begin for maybe you, someone who's listening right now. As you look at that bad situation, the mess, the problems, you've got two choices - blame someone else or accept your part of the responsibility for that broken or strained relationship, for that negativity, for that conflict, the mess, or the trouble. Many of us hide from taking responsibility for our situation with some kind of a victim copout.

Maybe you've honestly been hurt. You've been wronged, and you can't do anything about the other person taking responsibility for what they've done. But you can accept the responsibility for the way you've handled it,maybe for the wrong things you've tried to excuse by the wrong things someone else did. Those who have been victims - and those who have been victimizers - never get free until they realize that they are now the victims of their own choices, not someone else's.

There's an old spiritual that goes something like this, "Not my brother, not my sister, but it's me, O Lord, standing in the need of prayer." That's a great place to start - looking in the mirror and asking, "Lord, what do I need to change?" Taking responsibility: that's the price of healing and the price of greatness.