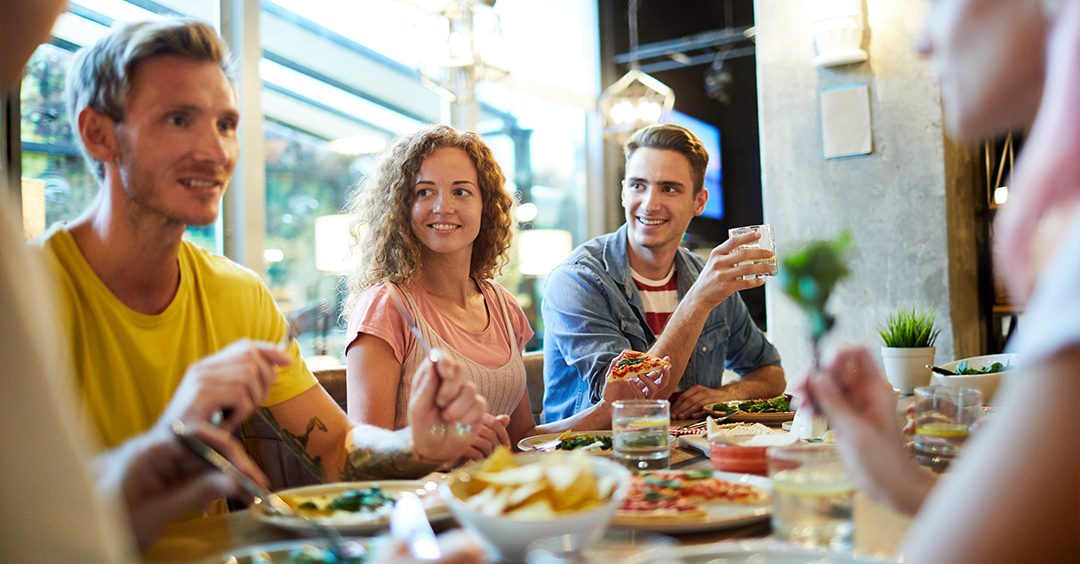 There's this one restaurant in our area that offers more than food - it offers some unique live entertainment - at this one table. See, it's pretty much in the center of the restaurant where everyone can see. Several unsuspecting diners are sitting at this round table, just minding their own business, eating their meal - as the table starts to rise very, very slowly. So slowly that no one seems to even notice that their food is getting closer to their mouth and that their fork is making a shorter and shorter trip each time. The last time we were there, the diners were chattering and eating away as the table rose nearly to eye level. And then, and only then, did someone begin to realize that they were having to lower their fork to get the food to their mouth!

I'm Ron Hutchcraft and I want to have A Word With You today about "Slowly, But Surely, Submerged."

It's amazing but true - when a change is gradual, you hardly even notice. Until it's up to your eyes! Satan, who is God's enemy and your enemy; he's counting on that being true in your life. He knows you won't fall for a blatant temptation to do something obviously sinful. That's OK with him. For now, he'll settle with just a small, seemingly harmless, step in that direction. Because he knows that step will lead to another, and another - and ultimately to spiritual disaster you can't even imagine now. He'll destroy you not by explosion, but by erosion.

I love the way the Bible includes real-life stories that help us picture a concept we might otherwise miss. When it comes to the slow but sure takeover of sin and its consequences, the story of Samson just about says it all. Here is a man specially called and gifted by God with personal magnetism, supernatural strength, and spiritual leadership. This man, feared by the Jews' bitter enemies, the Philistines, ends up as their blind and helpless slave, pushing a grinding wheel in prison. Did this happen suddenly? Oh, of course not. Samson wouldn't have fallen for that. It happened one little compromise at a time. Just like the devil is planning to have it happen to you.

According to the Book of Judges, Samson's weakness was women. So, he sees a pagan Philistine woman who looks good to him and he proceeds to marry her - out of God's bounds. When the Philistines want information from Samson, they convince his wife to coax him into telling. The Bible says, "She threw herself on him, sobbing" and he "finally told her."

Well, Samson's next woman is a prostitute, and he's almost trapped by the Philistines while he's with her. Then along comes another woman working with the Philistines named Delilah. They bribe her to find out what the secret of Samson's strength is, which is his hair. Three attempts fail, but the Bible says, "With such nagging she prodded him day after day until he was tired to death" (Judges 16:16). He tells her his secret, he loses his source of strength, and the Philistines have him.

Now our word for today from the Word of God in James 1:15: "After desire has conceived, it gives birth to sin; and sin, when it is full-grown, gives birth to death." Sin always kills, so stop it when it's small. Maybe you've been falling for Satan's slow but sure seduction. "Just a little"... "just this once"... "everybody else is"... "it's not that bad"... "you deserve it"... "you need it"... "no one will know." One little compromise - to start taking you where you think you will never end up.

You've got to stop that killer strategy with the first look, the first date, the first lie, the first flirtation, the first thoughts of divorce, the first detour from God's Word. This is going to take you where you don't want to go - unless you stop it now. Before today's compromise gives birth to tomorrow's tragedy, run from it.