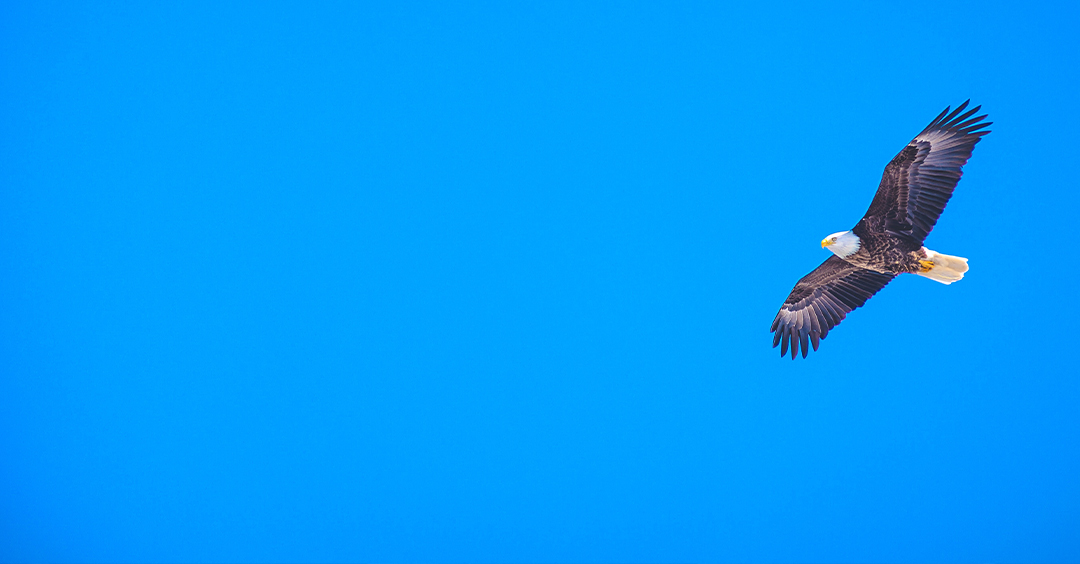 The more I've learned about eagles, the more amazing I find them to be. They mate for life, they build nests that will last a lifetime, and they ride the storm instead of hiding from the storm. There's really only one enemy that is a serious danger to the eagle - a snake. That snake will attempt to climb wherever the eagle nest is and attack the inhabitants, especially the little eagles. But pity the poor snake that gets caught by Mama or Papa Eagle. They will show that serpent no mercy! They may pick it up with their beak and violently shake it to death. Or, better yet, they will pick it up in their talons, take off high into the air, and drop that snake to its death on the rocks below. They are not about to let that serpent have what he came for.

I'm Ron Hutchcraft and I want to have A Word With You today about "Shaking the Snake That Stalks You."

It's no wonder the Bible encourages us to take note of "the way of an eagle" (Proverbs 30:19). The eagle shows the serpent no mercy and makes that serpent sorry he's ever attacked you. Like that eagle, we've got a serpent that's trying to strike out at us. The devil's first appearance to humans came in the form of a snake, you know, in the Garden of Eden. In the last book of the Bible, God still calls him "that ancient serpent called the devil" (Revelation 11:9).

You may or not believe in the devil, but either way he's actively trying to ruin your life. In fact, he likes it better when you don't believe in him. Because you're not going to fight an enemy you don't even know is there. Right? But those who anchor their life to the Word of God have no excuse for being blind to what the evil prince is up to. 1 Peter 5:8 describes him as "a roaring lion" who "prowls around ... looking for someone to devour." Then it tells us what to do with him, "Resist him!"

Unfortunately, we're not always as smart as those eagles. If that old serpent pushes the right buttons - that same old button he's always pushed to bring you down - we actually tend to go along with him! So much of our hurt, our heartache; the shame of our life is because we've given into his subtle promptings and then his sinful opportunities. But if you belong to Jesus Christ, you belong to the One the Bible says came "to destroy the devil's work" (1 John 3:8).

So show him no mercy when he comes crawling toward you; when he comes crawling toward your nest. In the words of Ephesians 6:13, "Put on the full armor of God, so that when that day of evil comes, you may be able to stand your ground, and after that you have done everything, to stand." Remember, Satan has no power over you except what you let him have! And every temptation the devil brings into your life is to do one of three things. Jesus said, "The thief comes only to steal, kill and destroy" (John 10:10). Why in the world would you go along with any of those?

The next time the serpent comes your way, the Bible says, "Resist him." "I know who this is and I'm not falling for this again!" That's how you stand up to him. You claim the victory that Jesus Christ won over Satan when He died on the cross. And you get your Scriptures out and you defy the devil with the Word of God. Take your stand! Go to your Savior and unleash Jesus on that serpent. No compromise. No giving in. No accommodation.

Like the eagle, make that old serpent sorry he ever got close to your nest!