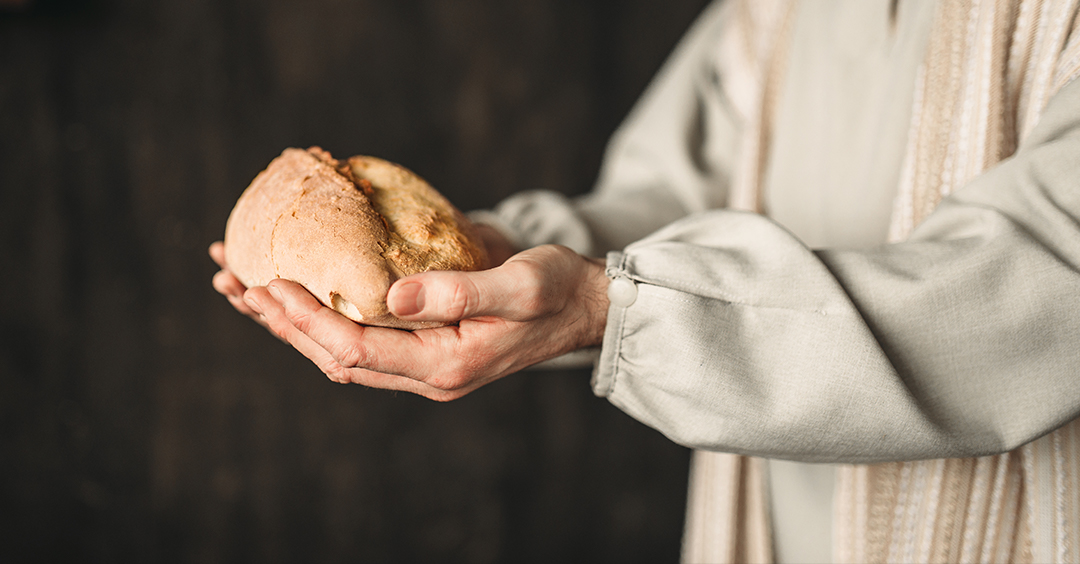 I really think my wife could have been a missionary about anywhere in the world. So resourceful! And that's what missionaries need to be. I mean, we were together missionaries in the United States over many years of ministry to teenagers and then to Native Americans for many years. And our ministry budget - like most ministry budgets - has always been somewhat limited over the years. That's where my wife's resourcefulness came into play.

I remember the time we had a hundred teenagers show up for a gathering and we weren't really expecting that many. She only had enough ground beef to put into these Sloppy Joe sandwiches for about 40 people. Now, you're gonna need a whip and a chair if you have some teenagers you can't feed! You don't really want to have those wild animals on the loose and unfed. So, she quickly found some dried bread crumbs, pulled out a recipe she had gotten from a home economist, and mixed all of that in with the ground beef. Well, not the recipe, but the rest. And it made that ground beef go a lot farther. In fact, we fed a hundred hungry teenagers with only enough for 40! We had some left over. Listen, sometimes you need someone who can make a little a lot.

I'm Ron Hutchcraft and I want to have A Word With You today about "Making a Little a Lot."

Our word for today from the Word of God (and you might have guessed this) comes from that familiar story in Mark 6. I'm going to begin reading at verse 37, after the disciples have concluded that this group of 5,000 people is not going to be fed. They're getting hungry. Jesus has been teaching quite a while, and here's their suggestion: "Send them away; the meeting's over." But Jesus answered, "You give them something to eat." It's not in here, but you can almost hear them saying, "What? How in the world are we going to feed them? What do you think; we got a catering service here? How are we going to do this?"

"Well they said to Him, 'That would take eight months of a man's wages. Are we to go and spend that much on bread and give it to them to eat?' 'How many loaves do you have?' He asked. Go and see.' When they found out, they said, 'Five and two fish.' Then Jesus directed them to have all the people sit down in groups on the green grass. So they sat down in groups of hundreds and fifties. And taking the five loaves and the two fish, and looking up to heaven..." It says this: "He gave thanks and broke the loaves, gave them to His disciples to set before the people. He divided the fish among them. They all ate and were satisfied, and the disciples picked up twelve basketfuls of broken pieces of bread and fish." What do you know - leftovers!

That's kind of like our sloppy joe barbeque sandwich situation we had there when we were trying to feed all those teenagers. It wasn't enough. We had a whole lot more need than we had resource. The disciples' solution to a "not enough" situation was to give up. But Jesus said, "Instead, I want you to round up all the 'not enough' you can find. It won't be enough; it won't cover it. But I want you to gather all that you can and I'll make it more than enough."

So, what you do is number one, you give all your resources - not enough - but all your resources to Jesus. Number two, you act as if there will be enough. Jesus had them sit down. He said, "Get ready to eat lunch" even though there was no lunch to eat. So you start to act as if it's going to be there. By faith in your Lord you do that, and then be grateful for the "not enough" that you already have. That's the hard part to say, "Lord, I know this isn't enough, but I'm grateful for what I've got." The Bible says, "Godliness with contentment is great gain."

I had the privilege to be married to a woman who could take a little and make it a lot. Better than that, my Lord - your Lord - can do that a thousand times over with your "not enough."