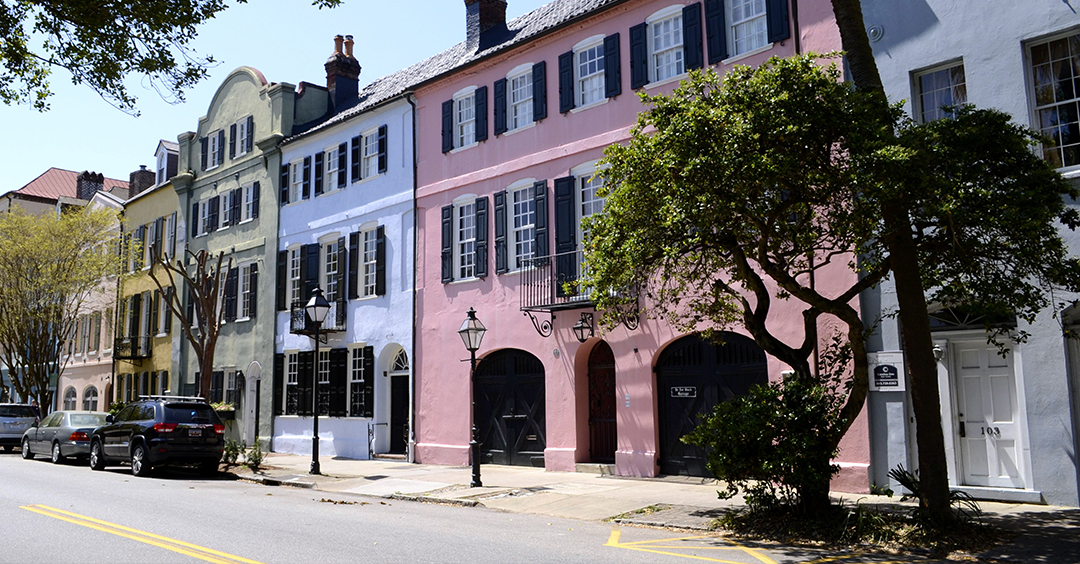 One of the cities that symbolizes the charm of the Old South for me is Charleston, South Carolina. When you go down to the harbor and hire a carriage ride to go to the old part of the city, you feel like you're suddenly back in like "Gone With the Wind" or something. These antebellum homes and mansions are classic. I thought it was great that this historic part of the city had been so well preserved over the years, until the carriage driver told me what really happened. These old buildings had actually deteriorated terribly over the years and the area had become pretty shabby until some people took an interest in financing a renewal.

According to our driver, they only had a limited amount of money, so they decided to invest in one building. Now the owner used those funds to convert this dilapidated old building into a historic masterpiece. "Well, that's only one building. What about the neighborhood?" Well, it's interesting. The fellow next door was so inspired by what had happened to the neighboring property, he decided to find somebody to restore his building. Then the next neighbor did the same thing, and then the next neighbor, until finally the entire neighborhood was finally transformed.

I'm Ron Hutchcraft and I want to have A Word With You today about "How to Shape Up the Neighborhood."

The recovery of historic Charleston demonstrates dramatically the renewing power of a model, and so does the story of the great Jewish leader Ezra at a time when God's people looked pretty dilapidated.

We read part of that story in Ezra 9. It's our word for today from the Word of God beginning at verse 3. He says, "When I heard this, I tore my tunic and cloak, pulled hair from my head and beard and sat down appalled. And I sat there appalled until the evening sacrifice. Then, at the evening sacrifice, I rose from my self-abasement, with my tunic and cloak torn, and fell on my knees with my hands spread out to the Lord my God and I prayed: 'Oh my God, I am too ashamed and disgraced to lift up my face to you, my God, because our sins are higher than our heads and our guilt has reached to the heavens.'"

Now, what have we got here? We've got a man so torn up over the sin of his people that he passionately repents - even publicly repents - and grieves over sin. And here's the result in chapter 10, verses 1 and 2. "While Ezra was praying and confessing, weeping and throwing himself down before the house of God, a large crowd of Israelites gathered around him. They, too, wept bitterly." Then they, too, went on to confess publicly.

It's like the renewal of Old Charleston. The revival of one man sparked the revival of the people around him. I remember, I think it was back in the spring of 1995, we began to hear some extraordinary spiritual renewal stories that were taking place on Christian college campuses. What began in one school spread to a lot of others, and in each case there were hundreds of students confessing their sins publicly, being surrounded by fellow students praying with them and for them. There was a public destruction of what I call "sin props": videos, magazines, books, and music. Broken relationships were restored, and suddenly the Holy Spirit exploded across entire student bodies.

In almost every case, it began the same way. Not with a sermon or a series of meetings. It began when one student spontaneously walked to the front of a meeting and asked if he or she could say something. And in each situation it was a student whose heart had been broken over its sin, like Ezra, who wanted to make it right with the accountability and support of their peers to solidify it.

In Ezra's day - in our day - revival conditions begin when one person becomes what Ezra embodied - a radical repenter - someone who's sick of their sin, sick of the wicked ways around them. Someone who's willing to repent of that sin even publicly, passionately. And that leads to your neighborhood, whether that's your church or your organization or your family, your circle of believers. Would you ask the Lord to help you see the immediate world around you through His eyes, and to see your sin and the sin around you? Would you dare look at it in light of Jesus dying on the cross for it?

And then maybe the Lord will ask you to be the one who makes it right in a public way. Who knows what might happen? If one person attacked what is decaying and began a renewing work, then God might use it to transform everyone around.