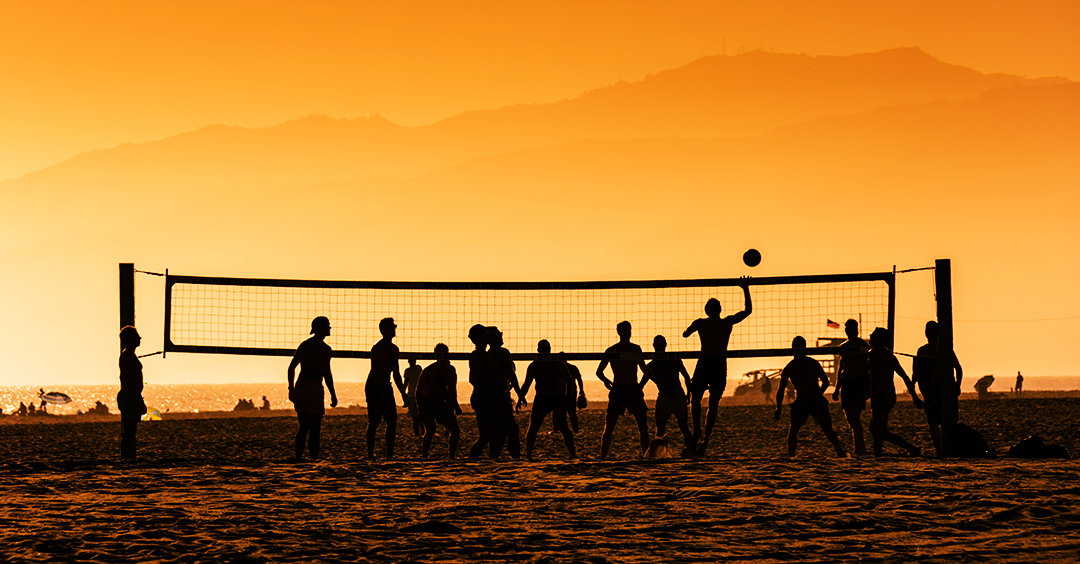 When you've done youth ministry as long as I have, you've seen a lot of volleyball. Yep! Some of the dramatic moments in a volleyball game, of course, come when one player slams that ball over the net and right into the ground before any opponent can touch it. He or she just spikes it in. But often there's an important move that precedes spiking it in; that's when another teammate lofts that ball up and into perfect position for someone else to spike it in. That's how to score points: first, you set it up, then you spike it in.

I'm Ron Hutchcraft and I want to have A Word With You today about "How Satan Sets You Up."

Satan scores his points in much the same way a volleyball team does. First the setup, which then makes it easy to spike it in. And he may be setting you up right now for a defeat you would never dream you could fall for. But if you allow him to continue to set you up, it's only a matter of time before he spikes it in and you lose. There are so many people who can testify to that pattern that led to a terrible defeat.

There's an example of one of Satan's favorite setups in our word for today from the Word of God in Luke 3, beginning with verse 7. As crowds gathered to hear John the Baptist, the Bible says, "John said to the crowds coming out to be baptized by him, 'You brood of vipers! Who warned you to flee from the coming wrath? Produce fruit in keeping with repentance.'" John's calling people to turn from their sinful ways and commit themselves to a major life change.

But there was a group of people who thought they were above that; people who didn't think they needed to repent or to change. John addressed them directly: "And do not begin to say, 'We have Abraham as our father. For I tell you that out of these stones God can raise up children for Abraham...every tree that does not produce good fruit will be cut down and thrown into the fire."

Some of the people who heard John's call to repentance said to themselves, "Hey, we're God's chosen people...we're in a privileged position. The same rules don't apply to us. We don't have to repent!" John said that attitude put a person in a position to be one of the trees God would cut down.

Entitlement: That's the attitude that Satan uses as his setup shot to spike a life-shattering sin right into your life. You feel "entitled" to some relief, to some pleasure, to some affection, to some sin. You feel entitled to get even or to be bitter. I know a friend who's abandoned his marriage, abandoned his ministry, believing that he's "entitled" to some love from someone else. He says, "Why are so many other people entitled to get a divorce and I'm not?" He's bought the entitlement lie, and Satan is using that to leave behind an awful trail of scarred and bleeding lives.

Be careful! This setup shot of feeling "entitled" is subtle. It's expressed in feelings like, "I deserve it after all I've done; after all I've been through." Or "I need it. I'm entitled to look after my needs for awhile." Or "You know others are. Why can't I?" If you're entertaining feelings like those, listen to the alarms going off today. You're being set up for something you never thought you would do or become.

Satan uses the entitlement lie to give people an excuse for adultery, for involvement with pornography, for getting a divorce, sexual involvement, and harboring bitterness; all things that God hates. All things that Jesus died to rescue you from.

Don't buy the entitlement lie; it is Satan's setup shot to spike something devastating into your life.