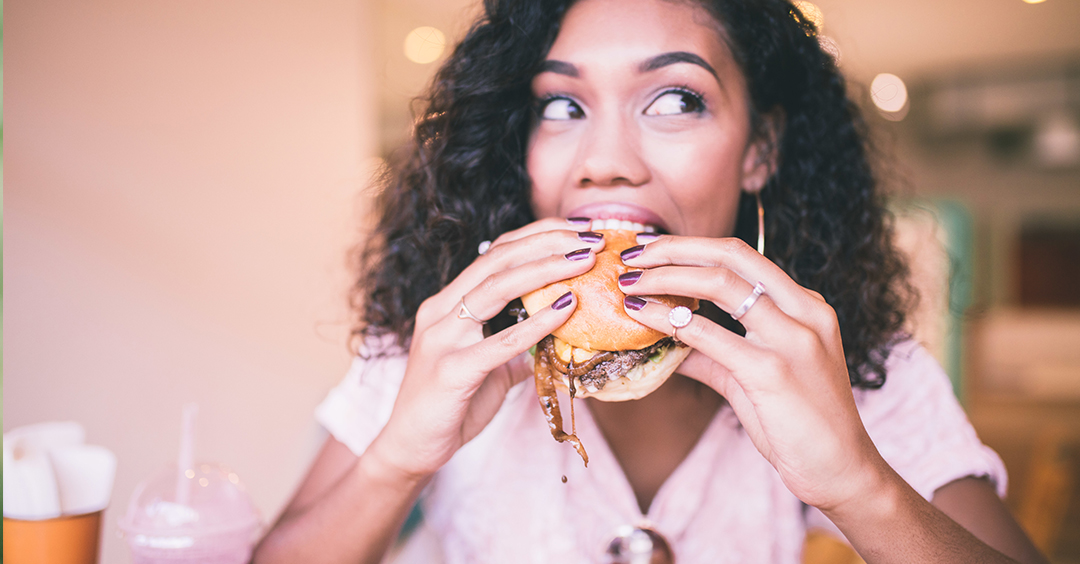 For the first 16 years of my life you could pretty well guess what I would order in a restaurant. If it wasn't a hamburger, it was fried chicken. If it wasn't fried chicken, it was a hamburger. Now, people - especially my parents - tried to get me to try other foods, but eating out meant two things and only two. Did I mention it was hamburgers and fried chicken? Oh, yeah.

Well, somewhere along the way, someone encouraged me to try a little pasta, and I don't know why I took the risk, but I liked it. After all those years I could have been eating it and I didn't know. Now you can't get me to stop eating it. Someone encouraged me to try certain vegetables prepared in creative ways. I had avoided those vegetables. I love them now. Even casseroles. Oh, I avoided casseroles like the measles. I thought casserole was a naughty word. I love casseroles. I used to hate it when my Mother made them; I never tried them. Spoiled brat! Today there are just too many foods I like: Chinese, Italian, Mexican, you name it. I can't believe what I was missing all those years because I was sure food meant hamburger or chicken. I can't believe what I missed because I was such a creature of habit.

I'm Ron Hutchcraft and I want to have A Word With You today about "How Habits Inhibit."

In our word for today from the Word of God in Mark 2, Jesus is talking to religious folks - Pharisees, scribes, people who had ways in which they thought God would always work. They couldn't accept the fact there might be some new things God wanted to try. Now, Jesus came along and blew the walls off the narrow box they had God in. He wasn't working in any of the ways that they were used to, and they kept saying, "Well, I don't know, God never did it this way before. I'm not sure it's God." And Jesus had a whole new way of doing it.

In chapter 2, verse 22 of Mark, Jesus said, "No one pours new wine into old wineskins. If he does, the wine will burst the skins and both the wine and the wine skins will be ruined. No, he pours new wine into new wine skins." See, Jesus is talking to people who were hide-bound in their traditions; sure that God was going to work just like He always has. They've got God in a box, and maybe He's talking to the people of our day and saying, "I've got something new I want to do among you, but it can't happen if you insist on the same old ways of doing it.'"

As a teenager I got in my eating rut. I stayed there and I missed all kinds of great experiences that were outside of my rut. We tend to be the same way with our Lord. There's a place in Northern Canada where the roads run out and I've heard there's a sign that says, "Choose your rut carefully; you will be in it for the next 50 miles." It probably doesn't say miles, it says kilometers, but let's go with it. We're sort of like that spiritually. We have a tendency to say, "This is how God did work, and He always will work." Could it be that it's time for some new wineskins in your life? The Lord is trying to open you up to some new worship or new ways of studying His Word, or new ways of praying, new avenues of service, new steps of faith. And you're saying, "Hamburgers or chicken! Hamburgers or chicken! That's the way it's always been."

Churches and ministries often wither to ineffectiveness and irrelevance because they will not change. Methods and approaches that once were the new wineskins are now brittle, tired, irrelevant. I know you're restless for God's best, and often God's best is in a surprising new package. He won't stay in our box. We just get too tied to the formula and we miss the Lord.

Don't let your religious habits inhibit the exciting new thing God wants to do. You'll never taste the gourmet menu if you limit God to the same old choices on His miracle menu.