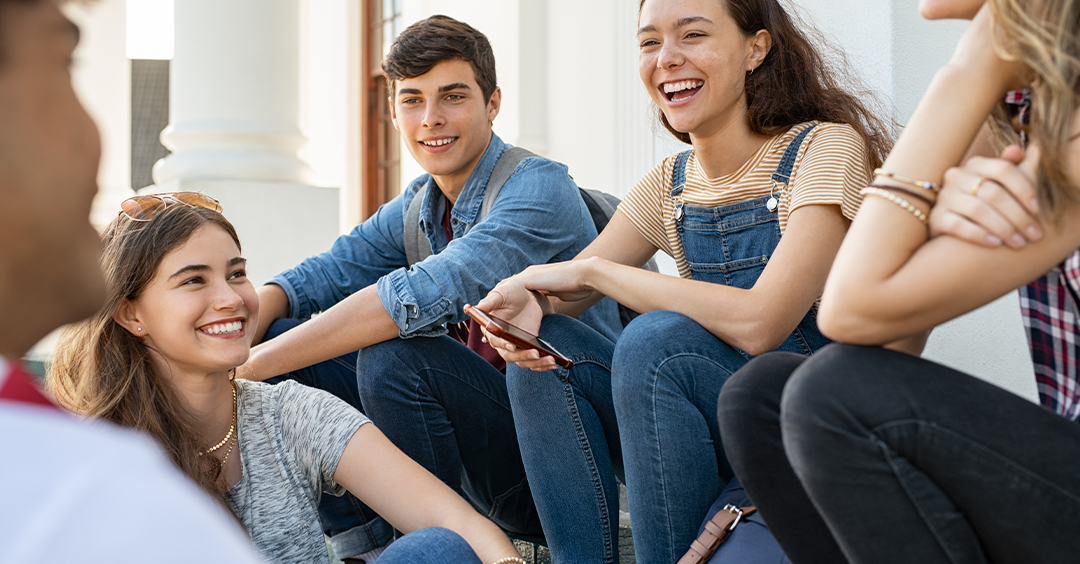 So the American male seems to be led to believe that "girl-watching" is just part of being a guy. A lot of girls are all too aware that they're being watched, and they're not happy about how they're being watched in a lot of cases. Like the young woman that my wife and I saw at a festival. She was wearing this shirt with an arrow on the front and it pointed up to her head. The shirt said just three little words by the arrow, "I'm up here!"

I'm Ron Hutchcraft, and I want to have A Word With You about "Girl Watching - God's Watching."

That teenage girl? She was sending a much-needed message, "Keep your eyes where they belong! I'm a person, not a body, thank you!" It's actually a message the Creator of women would more than agree with. A woman is depersonalized, she's sexualized, trivialized by the way many guys look at them, and she's the creation of a holy God; a Father in heaven. And you know how fierce a Father is about protecting His daughter! Right?

The Old Testament saint, Job, the man whose integrity God acclaimed to Satan, understood that how a man looks at a woman is an important part of his integrity. And it matters to God. In Job 31:1, our word for today from the Word of God, he says, "I made a covenant with my eyes not to look lustfully at a girl." That's a covenant every man should make, especially if he belongs to Jesus Christ, the sinless Son of God.

Today the Biblical commandment to "flee the evil desires of youth" (2 Timothy 2:22) is as hard to obey as it's ever been. Advertising, fashions, websites, TV, movies, and streaming stuff; they almost program a man to look at a woman sexually - focusing attention on that which is intended by God for only the man she's married to. But the fact that it's hard to have righteous eyes doesn't make it any less God's imperative.

Men in Jesus' day, even the very religious, apparently thought they were doing okay if they didn't do something immoral with a woman. Then Jesus introduced the radical idea that you can sin sexually without ever touching a woman just by the way you look at her. He said, "You have heard that it was said, 'Do not commit adultery.' But I tell you that anyone who looks at a woman lustfully has already committed adultery with her in his heart." That makes far more of us men adulterers than we believed - men in need of the forgiving and the cleansing of the Lord Jesus.

Unfortunately, too many women (including Christian women) have bought into a fashion culture that actually entices men to focus on a woman's body. God clearly commands women: "Your beauty should not come from outward adornment...instead it should be that of your inner self, the unfading beauty of a gentle and quiet spirit" (1 Peter 3:3-4). Many times I've heard it said, "The bait determines the catch." Well, there is no excuse for a guy ever to look lustfully at a woman. But I pray that God's women will make it easier for guys to remain pure.

We men who want "pure eyes"? We do need the help of our spiritual sisters. You know, if something is too short, or too tight, or too low, or not enough, you can make it much harder for a guy to stay pure in his thinking. And remember what every fisherman knows: the bait actually does determine the catch! You offer physical bait and you'll end up with men who only care about that, not men who care about you.

Both men and women; we've fallen for a casualness about sex that robs it of its God-given beauty. Like snow, it's beautiful when it's fresh and clean but it's ugly when it's trampled and soiled. Godly men, make that covenant with your eyes not to look lustfully at a girl.