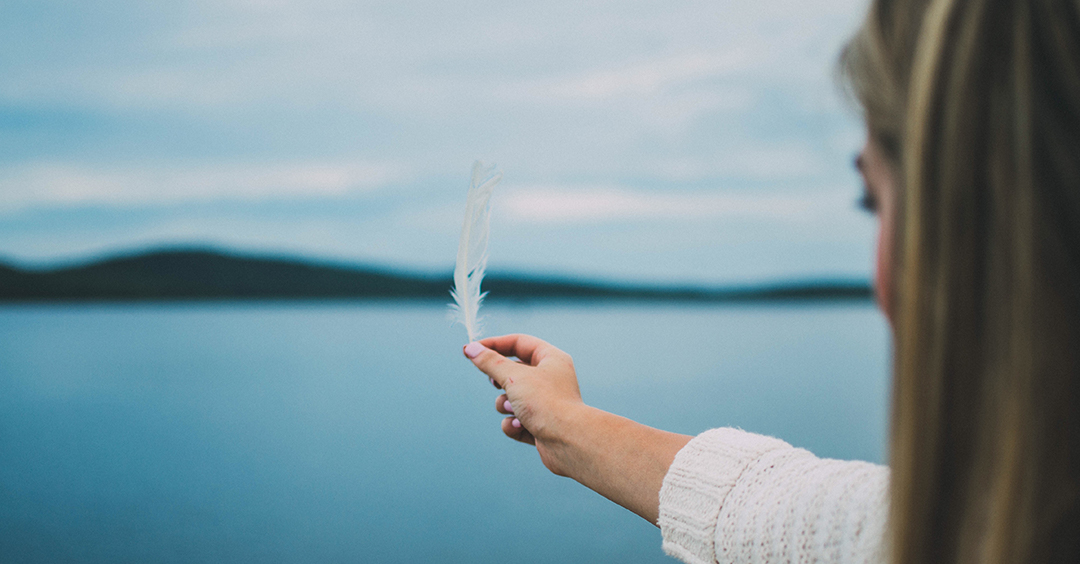 Our whole family was with us that one Christmas, and I walked into the family room and saw our cute little two-year-old granddaughter with a sword in her hand. Sounds shocking, I know. But before you begin to question the parental competence of our children, I should tell you that it was a kind of sword I'd never seen before. The "blade" was made entirely of feathers. It turns out that back then on her favorite children's TV show there was this happy pirate who carried one of these feather swords. We tried the sword on me - it doesn't hurt. It tickles. I'd hate to be in any kind of a real battle with it. It's a little difficult to be intimidating as you're waving your feather sword!

I'm Ron Hutchcraft and I want to have A Word With You today about "Feather Swords."

You would never think of using a wimpy feather sword in a real battle. Right? But unfortunately, that's what we use all too often to fight the battles that really matter - God's battles. The battle for what's right. The battle for lost lives. The battle to make our family or our ministry spiritual winners. We might be fighting the right battles, but are we using the right weapons? You can't push back the darkness or win spiritual battles with feather swords.

There's a powerful formula for victory in our word for today from the Word of God in Zechariah 4:6. It tells us what not to depend on and what to depend on. "This is the word of the Lord ... 'Not by might nor by power, but by My Spirit,' says the Lord Almighty." The human weapons that humans tend to depend on are feather swords when it comes to spiritual causes. We live in a world that is, in the Bible's words, "under the control of the evil one" (1 John 5:19). And earth-weapons and earth-strategies are powerless against the spiritual forces we have to defeat.

So Paul concludes that "we do not wage war as the world does. The weapons we fight with are not the weapons of the world. On the contrary, they have divine power to demolish strongholds" (2 Corinthians 10:3-4). So what are some of these "weapons of the world" that turn out to be feather swords when you fight the spiritual darkness that's our real enemy?

You can start with the six powerless P's that we love to use to get God's work done: promotion, planning, persuasion, politics, personalities, and programs. Spiritually powerless - feather swords unless they are empowered by the one "P" that really does have power, and that is prayer. Prayer as in the kind that cries out to God and expresses our deep and total dependency on Him and not on our methods. We're doing it "by His Spirit" when we lay down all our human methods and make prayer our primary method of getting things done. God may choose to use some of those methods, but only if they are totally surrendered to Him, empowered by Him, and not what we trust in.

We tend to trust in finances, in management, in plans, in rich or powerful people, in our communication or persuasion, just like the rest of this godless world does. But God wants us to depend on Him and Him alone. We "make it happen" people look at a situation and say, "Well, I've got to do something!" Let the main thing you do be to consult God and do only the things He wants done. Sometimes, He'll lead you to some action steps. Other times He'll lead you to do what He told the Israelites to do at the Red Sea, "The Lord will fight for you; you need only to be still" (Exodus 14:14). Remember, God can do in a day what men couldn't do in 50 years!

Feather swords? They're nice toys, but they'll never win real battles. God's weapons send the very armies of hell running for cover. So quit depending on your feather sword and trust completely in the mighty arm of the Lord, because as David said before Goliath, "the battle is the Lord's" (1 Samuel 17:47).