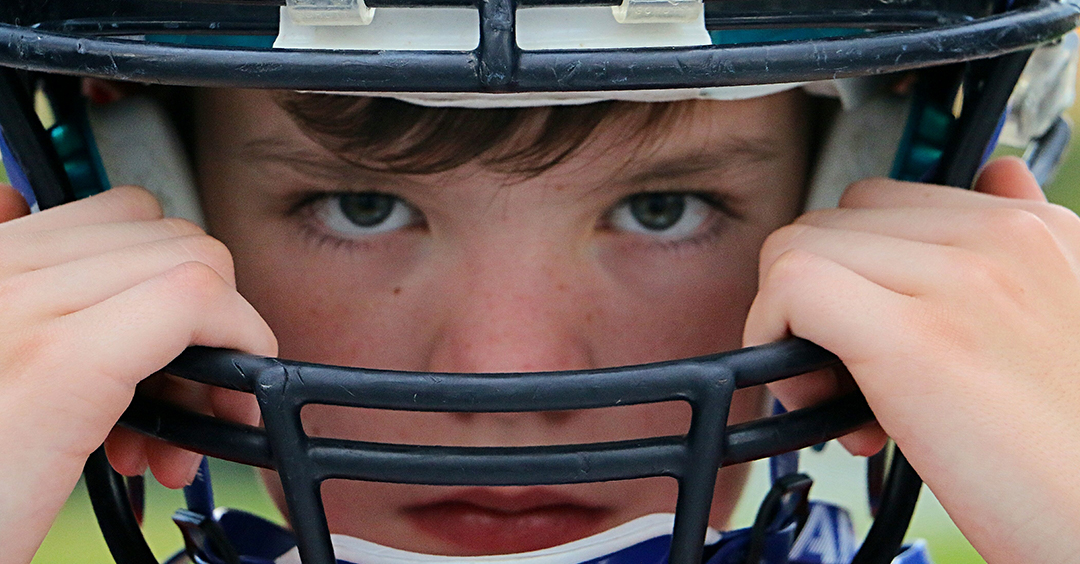 Both our boys played high school football if I signed the permission slip. My wife was not willing to sign on for what football might do to the bodies of her sons. And the more that's happening in the news these days, the wiser she looks. Well, part of the standard preparation for the next week's game was to study films of their upcoming opponent. You wanted to see how they operated because, well, you wanted to know how to defend against them. Most teams have a coach who is called the "defensive coordinator." It's a good idea to have a coordinated defense, or else your opponent is going to run right through you or right over you, which doesn't go over well with a mom who didn't even want to sign the permission slip!

I'm Ron Hutchcraft and I want to have A Word With You today about "Defiant Defense."

The Bible makes it clear that, if you belong to Jesus Christ, His opponent is your opponent. Of course, that's the destroyer, Satan, who wanted you in hell with him forever. He lost you forever the day you put your trust in Jesus. But he didn't quit playing against you. No, now he wants to use you to try to shame the Savior who died for you. He wants to keep you enslaved to the old you and keep you from ever really making any difference for Christ.

Thankfully, we have the great Defensive Coordinator in heaven who has laid out for us the strategy for thwarting the devil's attacks on us. In its simplest form, it's there in James 4:7, our word for today from the Word of God. "Submit yourselves, then, to God. Resist the devil, and he will flee from you. Come near to God and He will come near to you."

Sadly, our opponent is used to us surrendering to his temptations as he pushes all those buttons that have always helped him have his way with you. We don't resist the devil, we respond to the devil. But what if we actually do say, "Hey, I'm not going there." He runs. It doesn't say "resist the devil and he will fight you." It says he will "flee from you."

You've seen the points where the devil's scored on your life when you haven't defended against him. You know what works. You know all the important ground you've lost. If you're ready to resist him, then you need to know how. Here's how to effectively defend against the opponent who wants to take everything from you. First, you have to recognize it's him. You say, "Devil, I know who's behind this temptation, and I'm just not going there this time." Ephesians 6:12 says "our struggle is not against flesh and blood," but against the spiritual forces of hell itself.

The second step in resisting the devil is to announce the changes that you're committed to make, or as Ephesians 6:11 says, "Take your stand against the devil's schemes." You have to tell the people you've sinned with that things are going to be different from now on. You're on the line now to take your stand. Then, you have to stop the devil at the door. Or, "do not give the devil a foothold," as Ephesians 4:27 says. Say "no" to that very first compromise, no matter how small.

Then, you also need to starve the darkness. Ephesians 5:11, "Have nothing to do with the fruitless deeds of darkness." Avoid the music, the shows, the websites, the people, the places, the influences that just feed that dark side that you're trying to defeat.

Ultimately, resisting the devil means that you turn your weakness over to the winner. Each day, you consciously and completely tell Jesus, "I can't beat this, but you can. And I'm surrendering it again to you for this new day." Because, as the Bible says, "The Son of God appeared...to destroy the works of the evil one" (1 John 3:8). Including his works that have always destroyed you. Resisting in the Holy Spirit's power - that's your defense. Jesus is your offense.

You've been complying with the devil long enough, haven't you? Isn't it time you started defying the one who hates you? You don't have to be his little puppet anymore!