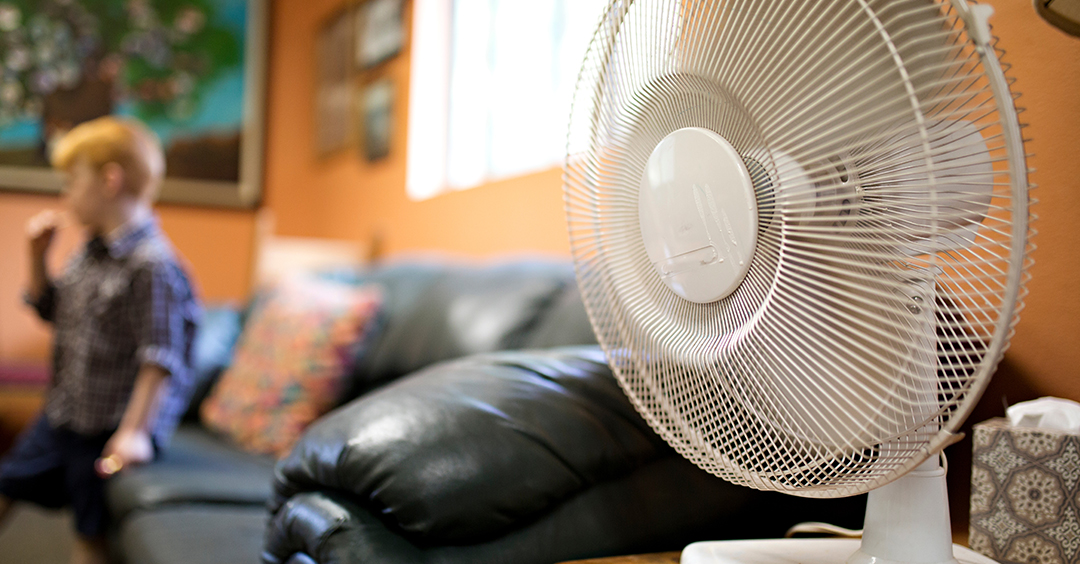 When our daughter was just a baby we had a pretty small house where you could look in all the rooms from the kitchen. During the summer we had this big old exhaust fan on the floor in the kitchen, which was really the only way to suck some air through the house. Well, our daughter thought this fan was kind of intriguing, she thought it would be neat to explore. I walked into the kitchen one day and here she is toddling toward that fan with her hand fully extended. She wanted to put her fingers in the fan! Guess what? I didn't say, "Oh go ahead honey, I love you." No, I said, "No!" She tried again a few minutes later. She really wanted to do this. So I kind of spatted her on the bottom and said, "No, no! Don't do that." Now if I tried to explain it to this little toddler, she wouldn't have understood at all. I just had to stop her. Can't you imagine what she would have said, if she could've said, "Haven't you heard of love? If you love me, you'll let me do what I really want to do." No, not in this case. Today I think she's pretty glad that I didn't think that was love.

I'm Ron Hutchcraft and I want to have A Word With You today about "Cruel Compassion."

Our word for today from the Word of God, we're in the book of Lamentations. And what's being lamented is the fall of God's people and the fall of God's city, Jerusalem. Here's a couple things that Jeremiah says. He's talking about Jerusalem, "She was once queen among the provinces and now become a slave, all because of their sin and God's resulting judgment." He goes on to say that, "She herself groans and turns away."

It's just a time of sadness and shame for God's people. It's a broken time. Well, as this book identifies where the blame ultimately lay, it gets to our word for today from the Word of God. It says in Lamentations 2:14, "The visions of your prophets were false and worthless. They did not expose your sin to ward off your captivity. The oracles they gave you were false and misleading."

There's a lot of power in those words because it's saying that the people who knew you were sinning didn't do anything to expose the wrongness and the sinfulness of it. And as a result, they didn't tell you the consequences of staying on that road. So they didn't ward off their captivity. Those people back then? They didn't do any favor to those people by not telling them where God said those actions would take them. In other words, you wanted to stick your fingers in the fan and they didn't stop you. Now, maybe they didn't want to judge anybody. They wanted to be tolerant and loving, and not condemning. That's nice. But then they let them walk right into the blades of God's judgment. See, it's not loving to not let people see where their sin will take them.

To be non-condemning and loving doesn't mean that we don't tell them what God says the consequences will be. To live and let live when it comes to sin? That's not really compassion. I was told by a couple of men who used to live in a sinfully sexual lifestyle and felt that Christ had given them the power to change and move on from that, they were commenting on people who say, "you know, I think we should just accept them and let them be themselves." And they said "Ron, that's not compassion." They said "Ron, we call that cruel compassion." It's letting them march right into captivity. That's the way these guys felt.

Listen, whether it's sexual sin, or divorce, or dishonesty, or anger, or "justifiable bitterness," if we leave it unconfronted, unchallenged, without telling them the consequences and what God says he must judge, it's letting a person take a drink you know is laced with poison.

Sin makes people slaves. It destroys families. It promises to make you feel better about yourself and leaves you feeling worthless and sometimes even suicidal. Sin cuts people off from each other, cuts them off from God. Compassion is doing everything you can to warn them of the wages of sin lovingly. We've got to love people enough to kindly, gently, lovingly tell them the truth.

Love will always stand in the way of someone who is about to stick their fingers in the fan.