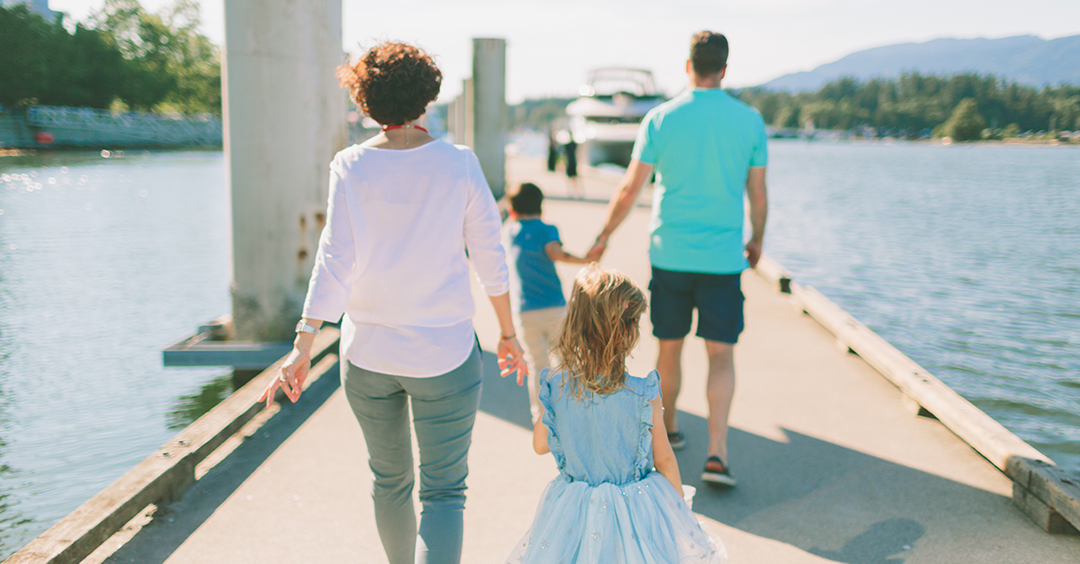 I have fond memories of family trips when the kids were younger; the adventure, the togetherness, the planning, the brochures. Did I say "and the waiting"? Oh yeah, there were times when our kids would be waiting in the car and waiting and waiting. They would ask Mom, "Where is Dad? Why doesn't he come out of that tourist center there?" She would respond with, "Oh, you know he's getting brochures."

Yep, I'm the great brochure collector! I would write ahead - that's right! In the days before the internet this all was. I would write ahead to an area that we hoped to travel through or visit at least and find out what and where the nice places were, and maybe a place to stay. We didn't have a lot of money; we didn't have a lot of time. So we wanted to do the best with what we had.

Oh, every brochure I got was beautiful! They all looked like they had great facilities. But what I really liked to do was to talk to someone who had been there, because oftentimes the person who has been there has a story that isn't quite the same as the brochure. I'm not going to a place that a veteran gives bad feedback about! Why would you believe an ad over someone who has been there and knows firsthand? Sometimes the firsthand experience is very different from the brochure.

I'm Ron Hutchcraft and I want to have A Word With You today about "Contradicting the Brochure."

Our word for today from the Word of God comes from Genesis 19. I'm going to begin reading in verse 12. To set the scene, Abraham's nephew, Lot, is in Sodom and Gomorrah, and they have been marked for God's judgment. Lot is the link to any of his family ever getting out of there, because he knows what's coming; he's warned by angels who come in human form.

"The two men said to Lot, 'Do you have someone else here; sons-in-law, or sons or daughters, or anyone else in the city who belongs to you? Get them out of here, because we're going to destroy this place. The outcry to the Lord against this people is so strong we're going to destroy it.'" Okay. Now, in a sense, Lot's a lot like you and me. He knows that there's judgment coming for sin. But he also knows there's a way out. We know the way out because of the cross of Christ where He took our punishment.

Listen to what happened. This is a shocker! "So Lot went out and spoke to his sons-in-law who were pledged to marry his daughters. He said, 'Hurry, get out of this place! The Lord's about to destroy the city!'" Here's what the Bible says. "But his sons-in-law thought he was joking." Wow! Those men died in Sodom because they couldn't believe Lot. See, Lot knew the Lord. We know that from the New Testament, but he was a lousy advertisement. It's okay if you put a boat in the water, but it's not okay if the water gets in the boat. And Lot had gone into a wicked place and it had gotten into him.

Listen, maybe you have to live in a place that's spiritually hostile. What had happened was, yes, the water had gotten into Lot's boat. He got in a moral blender and blended right in to what was going on around him. And even though he was loyal to God in his heart, his motto seemed to have been two words, "Fit in."

Is that what you're doing? Oh, you fit in all right. You're loyal to God in your heart, but you've compromised too much. The Gospel brochure advertises what Christ can do. He makes your life get under control. He gives you freedom from sin's power to control you. He gives you victory over depression, and anger, and bitterness, over the dirty side of sex. He gives you unthinkable joy. Look, does your life back up the brochure?

Guess which one people are going to believe? Wouldn't it be awful to be a reason for a person to ignore Jesus and to miss heaven because I would not deal with that contradiction in my character? I would not bring that stubborn sin under the lordship of Christ. If you know Christ, you're being watched. What is there in your life that might turn someone away from Jesus because of your inconsistency? What the Bible promises, it can deliver, but a person who's been there has to back it up or no one's going to buy.

The issue isn't something as trivial as where they'll spend vacation. The issue now is where the people you know are going to spend forever.