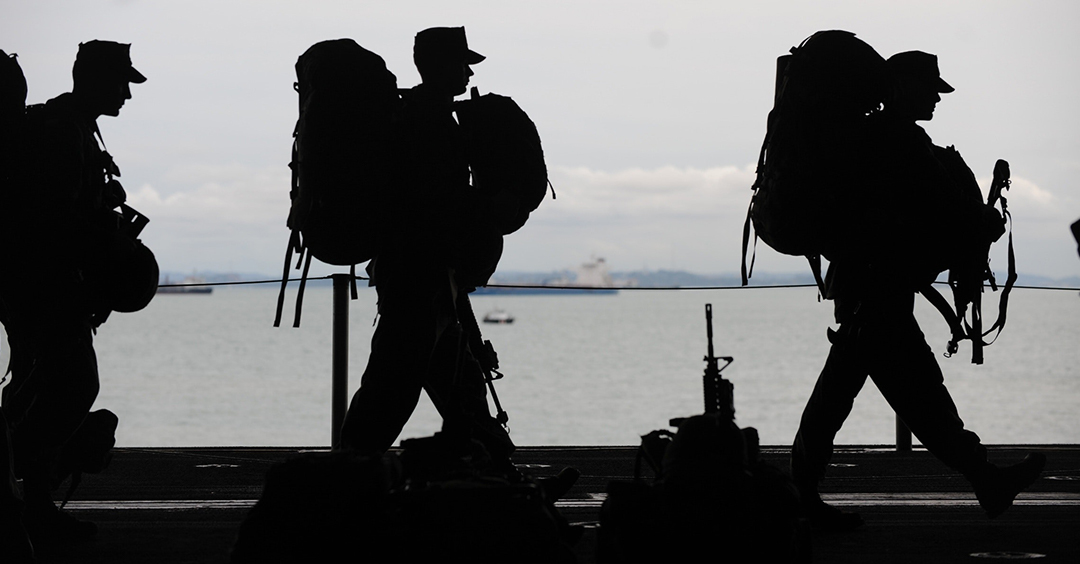 Tommy Rieman was a teenager pumping gas in Independence, Kentucky, when he enlisted in the United States Army. Today, he wears the Purple Heart and the Silver Star of an American hero. He was, in fact, introduced to the nation during President Bush's 2007 State of the Union Address. There's been been a lot of disagreement about the war in Iraq, but there wass no disagreement about the heroism of soldiers like Sgt. Rieman. The day his squad was ambushed by enemy fire in the midst of a reconnaissance mission, they were outnumbered ten to one. Their vehicles kept moving as Sgt. Rieman dove into the backseat and used his body as a shield to protect his gunner. As they sped away from the ambush, they found themselves ambushed again by some 50 enemy attackers. Rieman was shot in the right arm, he was shot in the chest, he had shrapnel wounds to his chest and stomach and ear, and his squad was out of ammo. In spite of all those wounds, Tommy Rieman began firing away with his grenade launcher at their attackers. Finally, the enemy's guns fell silent. Then Sgt. Rieman began tending to his wounded.

I'm Ron Hutchcraft and I want to have A Word With You today about "Wounded, But Still Fighting."

That's a hero. Someone who's been wounded - even badly wounded - and they still keep fighting. That's what spiritual heroes do, too. You may be one of them. Or you may be in a position to rise to be one right now.

There's no greater example of this wounded but fighting kind of warrior than the great Apostle Paul, of course. Listen to his powerful personal testimony, recorded for us in 2 Corinthians 4, beginning with verse 8, our word for today from the Word of God. He says, "We are hard pressed on every side, but not crushed; perplexed, but not in despair; persecuted, but not abandoned; struck down, but not destroyed." He continues his testimony in chapter 6 with this report: "As servants of God we commend ourselves in every way: in great endurance; in troubles, hardships and distresses; in beatings, imprisonments and riots; in hard work, sleepless nights and hunger...dying, yet we live on; beaten, and yet not killed; sorrowful, yet always rejoicing; poor, yet making many rich; having nothing, and yet possessing everything."

I read this and I ask myself, "So what's your excuse, Ron?" Paul had been wounded over and over again - deeply wounded, but he's still in there fighting just like Jesus. Just like so many of His followers over the years who've been bloodied, but unbowed.

Sadly, some of us get wounded and we don't respond like, in Paul's words, "good soldiers of Jesus Christ" (2 Timothy 2:1). It's all too easy to respond to being hit with self-pity and self-centeredness and bitterness. It's the "poor me" thing, which simply focuses you on your wounds, letting them define who you are and even how you treat other people. Some people respond with bitterness and anger and stinky attitudes. Others get wounded and they start shutting down or giving up. And some who've been wounded become the wounders of others.