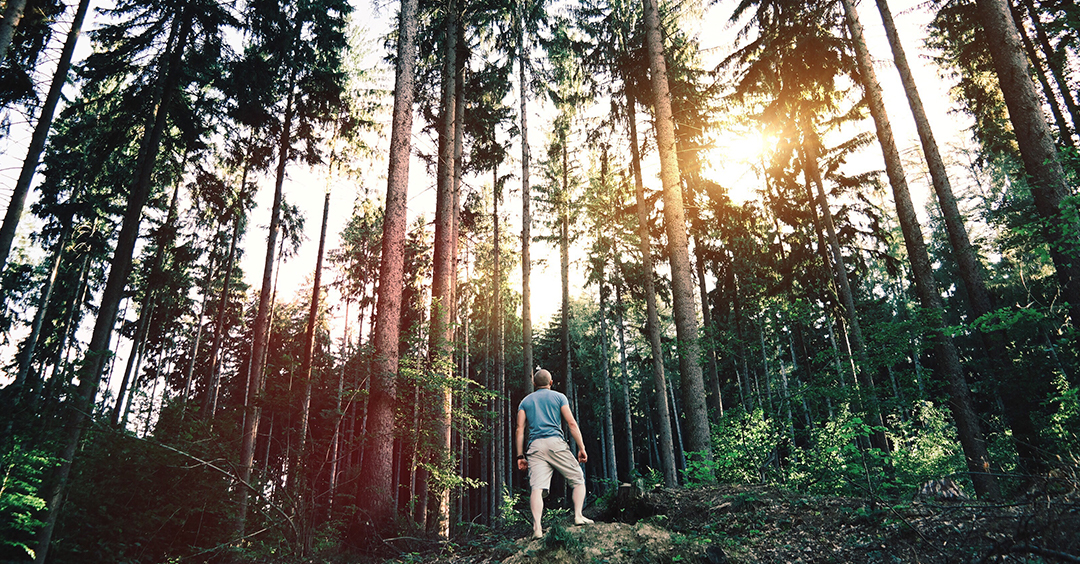 My friends who've been there wouldn't exactly say it was "fun." The wilderness, I mean. Several of them have been on this rigorous two-week outing with a company that promises an unforgettable wilderness adventure. Notice, they didn't say wilderness "fun." These guys were pushed to their limits; they were running and climbing and surviving off the land, making it all alone out there for a while. But I don't know one of them who regrets going there. In fact, they proudly wear these shirts that proclaim on the front, "I've been to the wilderness." And on the back, "I can handle anything."

I'm Ron Hutchcraft and I want to have A Word With You today about "Wilderness Power."

Maybe it's your turn in the wilderness right now. Oh, you didn't sign up, but you're going through a season of dryness, difficulty - maybe you've even been pushed to your limits. I can't say anything that will suddenly lead you out of your wilderness, but there is something you need to know about the wilderness.

It helps to follow Jesus into the wilderness. In our word for today from the Word of God from Luke 4 beginning at verse 1. He has just come from what must have been the most exciting spiritual experience of His life on earth - His baptism in the Jordan River. He had just heard His Father's voice in audible form saying, "You are My Son, whom I love; with You I am well pleased." He had just seen the Holy Spirit descending in visible form. For one golden moment, the Father, the Son, and the Holy Spirit were reunited.

Then immediately after that, here's what the Bible says, "Jesus was led by the Spirit in the desert, where for 40 days He was tempted by the devil. He ate nothing during those days, and at the end of them He was hungry. The devil said to Him, 'If You are the Son of God, tell this stone to become bread.' Jesus answered, 'It is written: Man does not live on bread alone.'" Jesus is then tempted twice more by Satan, and both times He answers the temptation with Scripture. Then the Bible says, "When the devil had finished all this tempting, he left Him. Jesus returned to Galilee in the power of the Spirit."

Now, it could well be that your wilderness has a lot in common with the wilderness that your Lord went through. Even though you've heard God speaking to you very clearly in the past, you don't seem to be hearing anything from Him in the desert, do you? And maybe, like Jesus, the only voice you can really hear is the voice of Satan. Even though you've seen the Holy Spirit do powerful things in the past, there's right now no visible sign of Him at work right here in this bleak wilderness. And you're vulnerable, you're weary, you're feeling pretty beat up, and you're wondering what's wrong.

The answer might very well be, "Nothing's wrong." Notice it was the Spirit who led Jesus into the wilderness, not the devil. For Jesus, for you and me, the wilderness is part of the plan just as much as the power time at your Jordan River. Your enemy didn't bother you much when you were hearing and seeing God; he's waited for this time when God seems silent to exploit your vulnerability.

But the wilderness doesn't last forever. Like Jesus, you'll leave the wilderness full of a new power, ready to explode into your world with supernatural benefits and ministry. And you'll be able to say, "I've been to the wilderness. I can handle anything in the power of God."

Remember, the road to spiritual power leads through the wilderness.