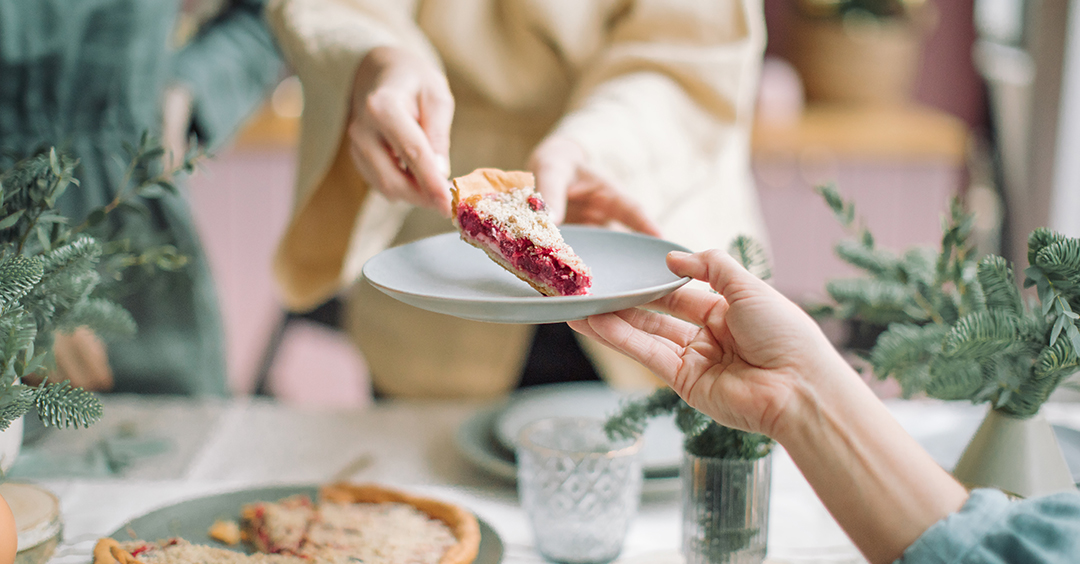 So how many diets have you been on in your life? Lost count? Yeah, me too. I think I must have gone on my first diet when I was about six months old. If you're one of those over-blessed people who can eat anything you want and never gain weight, oh fine! Just keep it to yourself and have some sympathy for the rest of us. But if you've been on a diet, then you know what it's like to blow a diet probably. You've been eating just celery and tofu for the past couple of weeks, and you're getting lighter. Then somebody offers you a French fry and you succumb. Then you say, "Oh well, I might as well eat all the French fries!" Then you feel so bad about it, you say, "Oh, what's the use, I might as well wash it down with a milkshake while I'm at it!" An hour later, you're thinking, "If I've blown it this bad, I might as well order pizza too...with extra cheese and extra pepperoni, of course!"

I'm Ron Hutchcraft and I want to have A Word With You today about "When You've Fallen and You Can't Get Up."

You're making progress, you slip, you feel bad about slipping-so you fall farther. You start thinking, "What's the use after what I've done?" You give up and you maybe even end up worse off than when you began. That's not just a blueprint for dieting disaster. It's a blueprint for spiritual disaster.

I call it the Cycle of Shame. It's one of the devil's favorite tools for pulling a follower of Jesus down and then keeping them down. You could be trapped in that Cycle of Shame even now. Or you've been there and you don't want to go back there. You may have fallen, but you can get up! There's so much hope for you in our word for today from the Word of God in Micah 7:8-10. It's about someone who has fallen but who's defiantly turning the tables on the enemy who brought them down.

Here's what defiant hope sounds like: "Do not gloat over me, my enemy! Though I have fallen, I will rise. Though I sit in darkness, the Lord will be my light. He will bring me out into the light. I will see His righteousness. Then my enemy will see it and will be covered with shame."

Notice at the beginning, it's you who are covered by shame because of what you've done. At the end, it's your enemy who's covered with shame because you've shaken off his shackles of shame, and you've realized you can't change you but the Lord can. You have refused to stay down. You are defiantly determining to make the devil pay for what he deceived you into doing. You're going to do some serious damage to the kingdom of the one who had tried to do some serious damage to you.

Satan succeeds in keeping you down with that "what's the use?" lie when you make a big mistake. You focus on you instead of the One who died so you could be free. The Bible doesn't say, "The righteous man never falls." It says in Proverbs 24:16, "Though a righteous man falls seven times, he rises again." You don't let one sin turn into 100 sins. You get up right away and you pick up where you left off growing in Christ.

You bring your sin, you bring your failure to Jesus, you turn from it, and you apply the forgiveness Jesus paid for at the Cross to that sin. And you believe His promise about what you did, "I will remember their sins no more" (Hebrews 10:17). Satan keeps pointing to your past because, well, it can't be changed. Jesus keeps pointing to your future because it's yet to be written.

Yes, you went down, but you don't have to stay down! Jesus stands ready this very minute to pick you up, dust you off, bandage your wounds, and help you start running for Him again; forgiven, restored, and stronger than you've ever been before.