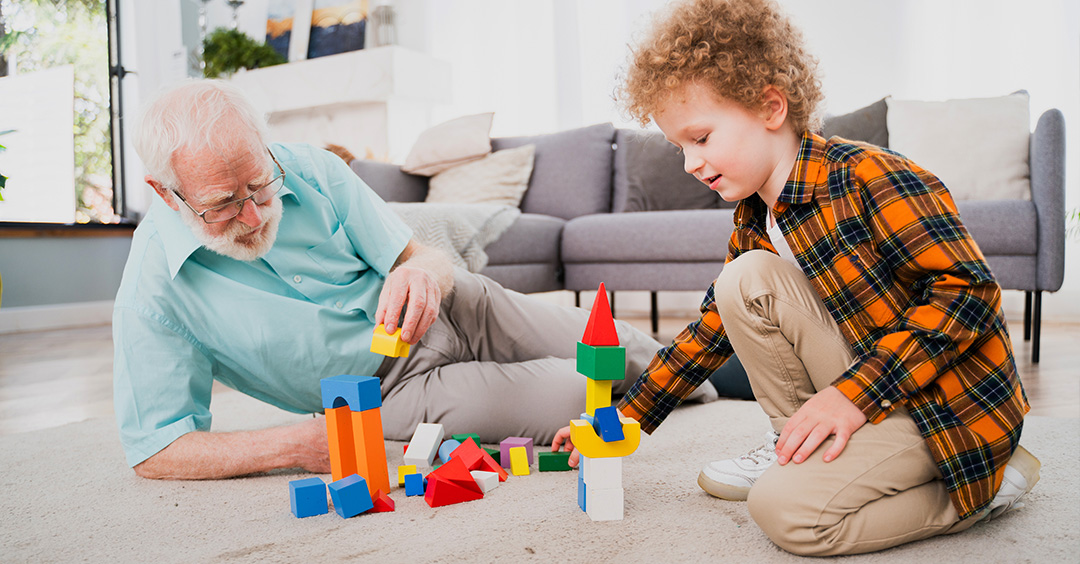 When you have young grandchildren, hey, you're back in the toy business again. And sure enough, man, have we had a closet full of toys that, contrary to some vicious rumors, are not mine. They are there for the grandchildren. And they quickly learn to relocate those toys from the closet to our living room every time they would visit. One of them is this furry blue puppet with bulging eyes - good old Cookie Monster of Sesame Street fame. You know him. And he's got this string in his back. When you pull it, he starts chewing and moving his arms and uttering his trademark phrase: "Cookie. Me want cookie!" Pull the string again and he'll say the same thing again. No matter how many times you pull that string, he's going to do the "cookie" thing every time.

I'm Ron Hutchcraft and I want to have A Word With You today about "When the Devil Pulls Your String."

You pull that puppet's string, and he'll respond the same way every time. Now the sad thing is that's exactly what happens when Satan pulls our string - we act like this puppet. We respond in the same old sinful, destructive way almost every time…until you cut his string. We've got some insight into how to do that in 1 Samuel 17, beginning with verse 16, our word for today from the Word of God. You may recognize that as being the chapter about David and Goliath.

The Jewish army and the Philistine army are at a standoff, and their armies are each holding a hill on opposite sides of this valley. The Philistines send out their nine-foot giant every day to challenge the Jews to send out some champion to fight him - with the people of the loser serving the people of the winner from then on. Every day the giant tries to make them afraid; every day the Jewish soldiers run for cover. Goliath's tactics, well they actually mirror our enemy's tactics. We can discover here the ways that Satan gets you to do whatever he wants you to do every time he pulls those old strings.

Verse 16 says, "For 40 days the Philistine came forward…and took his stand." Tactic #1 to keep you in a pattern of defeat - persistent attacks. Satan just keeps hammering, pulling that string that has always worked before, stalking, tempting, twisting your feelings until you finally do again what you've always done. Here's a second way your enemy can get you to do what he wants - Goliath says in verse 9, "If I overcome him" - that's whoever the Jews send against him - "and kill him, you will become our subjects." Second enemy tactic - raise the stakes. The devil gets his way by saying, "Look at all you have to lose if you don't give in. The stakes are too high this time to do it God's way."

Well, young David finally steps up to the challenge, and he takes on the enemy. But his older brothers, who are part of that cowering army, accuse him of being "conceited" and "wicked" and coming there for the wrong reasons. Even the king says, "You are only a boy." Tactic #3: discouragement from your fellow soldiers. Ever had that happen; cowardice, criticism, negativity? They're contagious, and they're Satan's favorite tool to discourage a believer - another believer. Don't fall for it. One other string your enemy loves to pull: lies about who you are. As David challenged the giant, he mocked David's youth, his pitiful weapons, and he said "I'll give your flesh to the birds" (verse 44). Satan's gotten you to do what he wants over and over by getting you to believe lies about who you are.

You've responded to the enemy pulling the same old strings long enough haven't you? Do what David did - don't be compliant. Be defiant against your enemy! David said to him, "You come against me with sword and spear and javelin, but I come against you in the name of the Lord Almighty" (verses 45, 47). God says, "Resist the devil and he will flee from you" (James 4:7). It's time you defied that enemy in the conquering name of your Jesus. It's time you say, "Go ahead, pull my string. But because I've got Jesus on my side, I am not going to do what I've always done before. I am not your puppet anymore!"