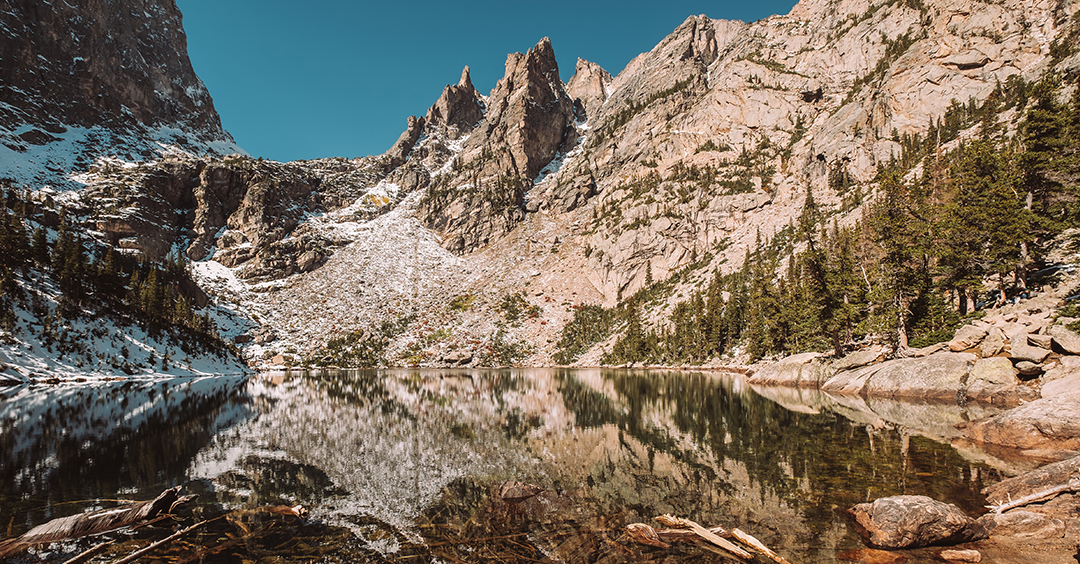 We live in one of the mountainous regions of America. And, you know, mountains are beautiful once you can see them. In areas like this, you can start quite a few mornings with fog and mist. Sometimes it just obscures the mountains in the distance, and sometimes I can't even see the neighbor's yard. If you're the kind of person who lets the weather determine your mood, you could feel pretty "blah" on those foggy days. But there's something you can always be sure of when it's foggy. It's not going to be there all that long. Because even though you cannot see the sun, you know it's shining out there. It's burning off that fog until you can see the beauty around you again.

I'm Ron Hutchcraft and I want to have A Word With You today about "What Can Lift Your Sadness."

Amy's a good friend of our family, and one on whom a heavy fog has descended in recent days, not unlike you, maybe. It's been very sad. It's been a very hurting time. Amy and her husband have been joyfully expecting their first child. They were even talking about names they wanted for a boy or a girl. Until they got the heartbreaking news from the obstetrician that the baby had stopped growing and their baby was gone. What followed was a long two weeks of waiting for the baby to pass; grappling with the numbing reality that their child's life had ended before they even got to meet him or her. The fog was thick, the sky was pretty dark, and the beautiful view was really hard to see.

I asked Amy what stages she had gone through since they received the news. She told me, of course, that there was at first a deep sadness. Then the sadness was mixed with confusion - just trying to sort out the "why's" and the "what if's." But Amy touched me very deeply with what she told me next. She said, "But then I reached a point where God helped me to start praising Him, even if I didn't understand Him." Then she smiled and she said, "When I started praising Him, most of the sadness lifted." The fog had lifted.

That was a secret discovered by the man who has epitomized human suffering for centuries - Job, the man who lost his health, his children, and his fortune. Somehow, he finds some peace as he says in Job 1:21, our word for today from the Word of God, "'The Lord gave and the Lord has taken away; may the name of the Lord be praised.' In all this, Job did not sin," the Bible says, "by charging God with wrongdoing." Job would agree with the peace that Amy found, "I don't always understand You, Lord, but I always trust You."

In Job 2:10, he asks, "Shall we accept good from God, and not trouble?" And in chapter 13, verse 15, Job says, "Though He slay me, yet I will I hope in Him." That is stubborn faith that still believes that the sun is shining even when you can't see it because of the fog; the kind of faith that looks for things to praise God for at a time when it hurts so bad.

The dark times never leave you the same place in your relationship with God. Either you turn to Him or you turn from Him. When you let your pain turn you from Him, you've just abandoned your only possible source of hope, and healing, and recovery.

But praise acknowledges a sun that is shining even when the fog is the heaviest. If this is a dark time, don't deepen your sadness by ignoring the Lord, or abandoning the Lord, or turning on the Lord. This is a time to throw yourself on His goodness; a time to ask Him for the grace to praise Him for all that He still is, all that He has done, and all that He is going to do. Amy said it, "Praise lifts the sadness." It dispels the fog.