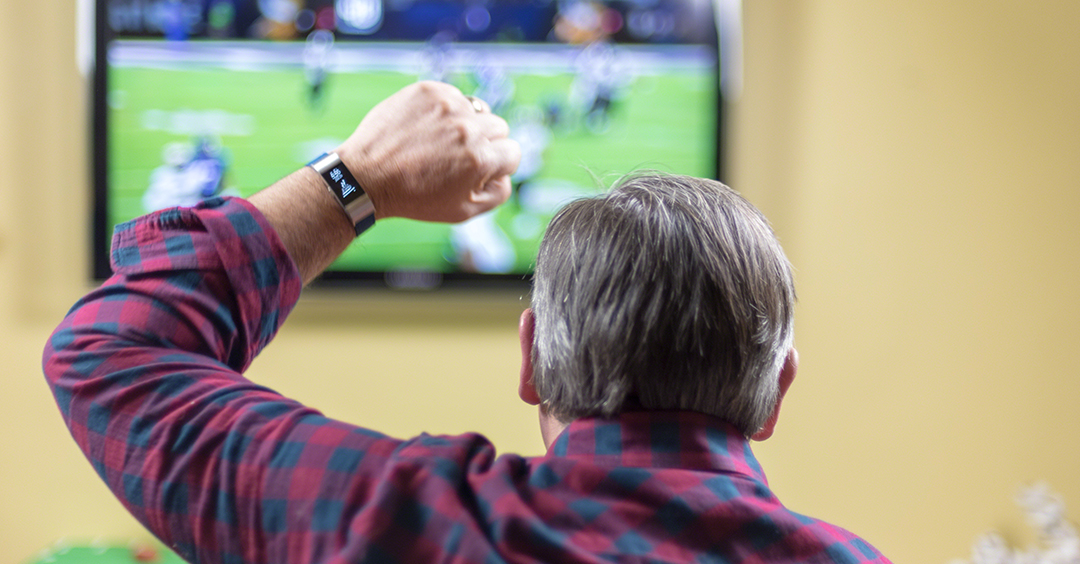 I guess it was inevitable. With our boys growing up in northern New Jersey, it was predestined that they, and I for that matter, would become New York Giants football fans. Big Giants fans. Even in the season when they won only three games, and even when they had a string of bad seasons. Even when the airplane flew over a game with the banner that said, "Fifteen years of lousy football." What used to really annoy my boys was when friends who claimed to be Giants fans kept "jumping ship" when they kept losing. Then came the playoff Giants, and then the Giants that won the Super Bowl. Suddenly, there were gazillions of Giants fans everywhere, jumping up and down, celebrating the champions. But they could never know the joy of fans like my two sons who never lost hope, and who never stopped rooting for their team.

I'm Ron Hutchcraft and I want to have A Word With You today about "The Sweet Celebration of the Loyal Fans."

It's true in sports; it's true in life. Victory is sweetest for those who are loyal through it all. Like Mary Magdalene in our word for today from the Word of God, taken directly from the glorious Easter story. Mary had been there at the cross, when all but one of Jesus' disciples had disappeared like scared rabbits. She had gone to the tomb for his burial. And now, after having been, along with some friends, the first one at Jesus' tomb that early Sunday morning, she just can't leave. She has found the tomb empty and now she has sunk to even greater despair, believing that someone has now stolen her Master's body.

John 20, beginning with verse 11, says, "Mary stood outside the tomb crying. As she wept, she bent over to look into the tomb and saw two angels in white, seated where Jesus' body had been. They asked her, 'Woman, why are you crying?' 'They have taken my Lord away,' she said, 'and I don't know where they have put Him.' At this she turned around and saw Jesus standing there, but she didn't realize it was Jesus. 'Woman.' He said, 'why are you crying? Who is it you are looking for?' Thinking He was the gardener, she said, 'Sir, if you have carried Him away, tell me where you have put Him' ... Jesus said to her, 'Mary.' She turned toward Him and cried out... 'Rabboni!' (which means Teacher)."

Then it says, "Mary Magdalene went to the disciples with the news: 'I have seen the Lord.'" You bet she had, as no one had ever seen Him before. Who did Jesus choose as the first one to ever see Him alive again? The one who had been loyal to Him when every reason to be loyal seemed gone. Those are the people who see Jesus in ways that His fair-weather fans will never see Him.

Maybe you're going through a time that could be a major test of your loyalty to Jesus. It's dark, plans have been shattered, it's tempting to desert because of that tragedy, that loss, that awful hurt. You don't understand why this is happening. Maybe a lot of others have deserted Him. God seems silent and things seem to be getting worse instead of better. Your hopes were just sealed in a tomb.

Now is the moment of truth in your relationship with the man who gave His life for you. He did not abandon you when it meant the cross. Are you going to abandon Him? It's Mary Magdalene time: time to stand by Jesus, to stand firm in your commitment to Him, even when it feels like there's no reason to. The wisdom of many a veteran, of many a spiritual battle, still rings true today, "Never doubt in the darkness what God has told you in the light."

Yes, it's like a Good Friday for you right now. But Easter is coming. And the one who stands by Jesus when everything seems to be falling apart is the one who's going to see Jesus in all His power and all His glory. Victory is sweetest for those who never leave Him.