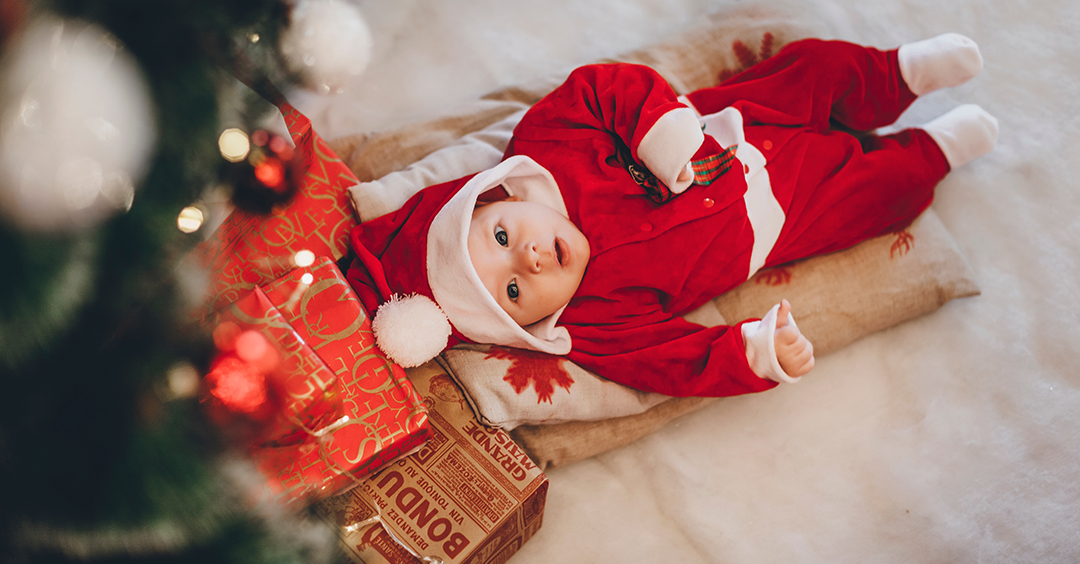 There's something really special about having a new baby in the family at Christmastime isn't there, since it's really all about a baby. I remember, you know, for example celebrating with a brand new granddaughter. Well, she didn't do much celebrating that Christmas. She really didn't do much of anything except lie there and look irresistible. Now, in my head, I know that babies are helpless, but being around one for a little while really brings that home. Our little darlin' couldn't eat unless Mommy fed her; she couldn't burp unless someone burped her (that's something that some of us grew up and learned to be quite good at); our baby couldn't move unless someone moved her; her little hands sort of flailed around - absolutely no ability to control what they did. Helpless.

I'm Ron Hutchcraft and I want to have A Word With You today about "The Radical Christmas Victory Plan."

Now try to get your mind around this: the helpless hands of that little Jewish baby Mary was holding in the manger were the hands that created the galaxies! The Son of God, the second person of the Godhead, the One of whom the Bible says, "Through Him all things were made." (John 1:3) He comes to our planet in this helpless little package that basically can do nothing for himself. Omnipotence becomes helpless to rescue a world full of dying people. As one song says, "What a strange way to save the world."

Get used to it. It seems to be God's favorite modus operandi. And this radical victory plan - use the weak to do amazing things - can be both an encouragement to you and an explanation for some of your recent struggles. Let's go to our word for today from the Word of God to see the story of that first Christmas from heaven's viewpoint. Philippians 2, beginning with verse 5, tells us that our attitude "should be the same as that of Christ Jesus."

God goes on to explain that, though Jesus was "in very nature God," He "made Himself nothing (now picture that helpless, little infant in a cattle stall), taking the very nature of a servant, being made in human likeness...He humbled himself and became obedient to death - even death on a cross!"

The great plan of God to redeem our world starts with Jesus as a helpless baby in a cattle stall and culminates with Him nailed to a criminal's cross. But Colossians 2:l5 announces the crushing triumph won by that "weakness." It says Jesus disarmed the princes of hell and "made a public spectacle of them, triumphing over them by the cross!" As musician Michael Card says, "His most awesome work was done through the frailty of His Son!"

God loves to win through weakness. Then it's a whole lot of God, and hardly any of us. That's why He chooses unlikely candidates and does mighty things through them - which means your inadequacy, your ordinariness may be exactly the qualities that can make you a spiritual hero. According to Jesus, who is it that will "inherit the earth?" The mighty? No - the meek (Matthew 5:3).

And about the struggles you've been going through recently. God will do whatever it takes to help us realize our weakness - to break our death grip on the steering wheel and finally let Him drive - to break that stubborn pride of ours, the self-reliance, our need to control.

The events of this year, if anything, have ripped from our hands any ability to control what's going on, the illusion of control. And all so we can finally surrender and let His strength come flooding in. Maybe the battles you've been going through have been to take you beyond yourself and beyond things you can fix, you can solve, you can figure out - so you'll get out of the way and let God do what only He can do.

A baby wrapped in rags - a bloodied man, hanging on a cross. Vivid pictures of God's radical plan for victory - winning through weakness so everyone will know that the Lord is God!