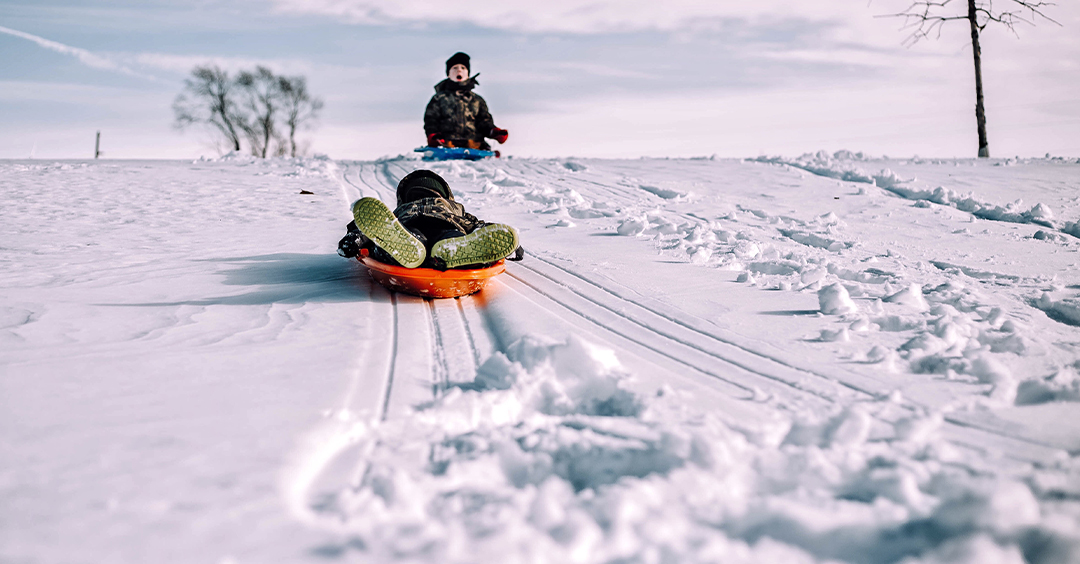 It was a perfect winter scene: father and son sledding down a hill, on a beautiful new snowfall, together on one sled. My son was laughing as we reached the bottom. We'd had a great run down the hill, and suddenly I shook up that happy little feeling. I just suddenly shouted, "Jump!" and he did. He rolled right off the sled. I did too. He didn't ask why, he just jumped.

When he looked back, he saw why I had told him to jump. I had seen that sled bearing down on us, right behind us, full of kids, out of control, and it plowed right into our sled. Had I left my son where he was, those sled runners might well have sliced right into him at high speed. Oh, he didn't understand my command, but he did it before he understood. You know, that's a good idea for all us kids.

I'm Ron Hutchcraft and I want to have A Word With You today about "The Pregnant Pause."

Our word for today from the Word of God comes from Matthew 1 - I'll begin at verse 18, as we look a little bit into the Christmas Story. "This is how the birth of Jesus Christ came about: His mother Mary was pledged to be married to Joseph, but before they came together, she was found to be with child through the Holy Spirit. Because Joseph, her husband, was a righteous man and did not want to expose her to public disgrace, he had in mind to divorce her quietly. But after he had considered this, an angel of the Lord appeared to him in a dream."

That's a familiar story and here's what's happening. God starts something in Joseph's life, but He explains it later. Did you notice that? He starts this whole process of letting Joseph be the one who will raise God's Son on earth. But it starts with a seeming disaster! Joseph's fiancé is mysteriously pregnant. Joseph's heart's got to be broken. His world's caving in and God hasn't explained it. He started it, but He explained it later.

In between, God watches to see if Joseph will obey before he understands, and he does. You see, it was within Joseph's rights to divorce Mary and say, "I had nothing to do with this" and to publicly disgrace her, and in so doing he'd be protecting his own reputation. But instead, he chooses to act unselfishly, to act responsibly even though he's hurting.

See, God is up to a greater good. Now, Joseph's good would be, "I just want to get married to my Jewish girlfriend. Why does all this have to happen?" God initiates this much greater good, but He remains silent and then He later interprets it. And Joseph faces (pardon the expression) a pregnant pause in God's work.

Now, right now what would you consider good? Well, maybe it's up for grabs...that relationship. You say, "Why can't I have it?" Your health, the money, the job, why don't your plans work, why aren't your prayers getting answered? Remember, God is the God of the greater good, and God often has to shake your world like He did Joseph's in order to bring about His greater good. You'll see that someday, but can you quote Romans 8:28 in the present tense before you see where it's going? "All things are working together for good." Will you work before you can see the good? Will you do it before you can see the good?

See, God has started His greater good, but right now it's just shaking up your world. Oh, He'll explain it. He'll fulfill it in the future. But now, in between, obey before you understand - like a boy jumping off a sled before his Dad told him why. Joseph discovered that the apparent disaster is actually clearing the way for a mighty work of God. You've just got to obey in the meantime.

So, remember, you're in the loving hands of the God of the greater good, which is often preceded by that pregnant pause.