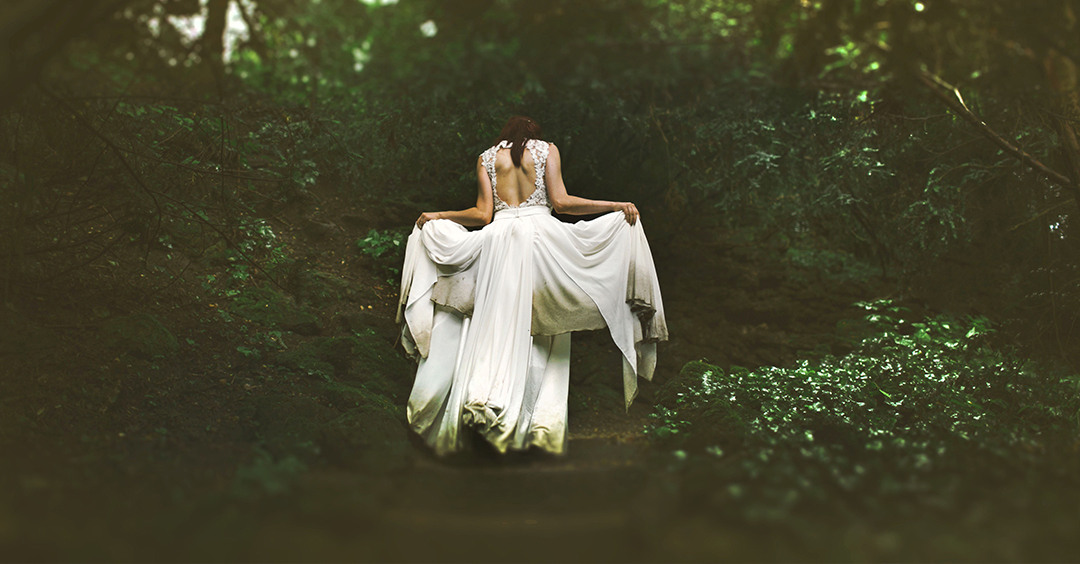 Eight wedding showers in a month! Six hundred guests scheduled to be at the wedding where 14 bridesmaids and 14 groomsmen would attend the bride and groom. Four days before the wedding, the bride went missing after she went out for a jog. The American news channels were dominated by the all-out search and the investigation into the case of the vanishing bride, and then we learned what happened. The bride turned up in Albuquerque, New Mexico, claiming she had been kidnapped - a story which she later changed to tell the real story of what happened. She said that the stress leading up to her wedding had given her cold feet, and she just kept running with those cold feet. In retrospect, I'm sure folks must be saying, "Girl, why didn't you just tell someone what you were feeling?" Instead she ran from her family, her community, her wedding, and even from the truth. Tens of thousands of dollars and countless man-hours were spent looking for her. Now she faced the additional stress of negative national notoriety and even the possibility of legal or financial penalties. Pretty simple here: running solved nothing. It never does.

I'm Ron Hutchcraft and I want to have A Word With You today about "The High Price Of Running."

The flight of the runaway bride is a powerful lesson for all of us, actually. When you run from a problem, you only run into bigger problems. Just ask Jonah. He's someone to be thinking about if your tendency is to run away from the pain or from the pressure. God may be wanting you to consider the high price that God's prophet Jonah paid for running, so you can avoid the same mistakes and avoid the same pain.

Our word for today from the Word of God begins with Jonah 1:3. God has told Jonah where He wanted Him to go and minister but "Jonah ran away from the Lord" on a ship headed the opposite direction. It goes on to say, "Then the Lord sent a great wind on the sea, and such a violent storm arose that the ship threatened to break up. All the sailors were afraid and each cried out to his own god." Finally, Jonah "fesses up" to his running from what God wanted and he realized that he was to blame for what was happening to the innocent crew. He asks them to throw him overboard because as he said, "I know that it is my fault that this great storm has come upon you."

Finally, in the belly of the great fish that God sent to swallow and ultimately save His prophet, Jonah says, "When my life was ebbing away, I remembered You, Lord, and my prayer rose to You." So Jonah finally faces his responsibilities. He faces his rebellion, and the rest of the story is about how, as the Bible says, "the word of the Lord came to Jonah a second time." Aren't you glad we serve the God of second chances?

If you tend to be a Jonah - running from things instead of dealing with them - consider the incredibly high cost. First, you hurt the people you love. Second, like a runaway bride or a runaway prophet, your running stirs up consequences you had never dreamed of. Thirdly, you end up where you never dreamed, in a situation far worse than the one you were running from. And your running has given you no more answers, just more problems.

The God who loves you has come to you today to say, "It's time for you to face what you've been fleeing. Facing it and fixing it may be painful - but nowhere near as painful as leaving it broken." Jesus said, "You will know the truth and the truth will set you free" (John 8:32). If you continue to flee, you'll never be free. Let out what you've been holding in, acknowledge what you've been denying, and be man or woman enough to say what Jonah said, "I know it is my fault."

Your big, big God with His big, big love for you has promised to go with you to face whatever you've been running from. You may not be able to handle it, but oh, He can. You just can't afford to keep running. It costs too much.