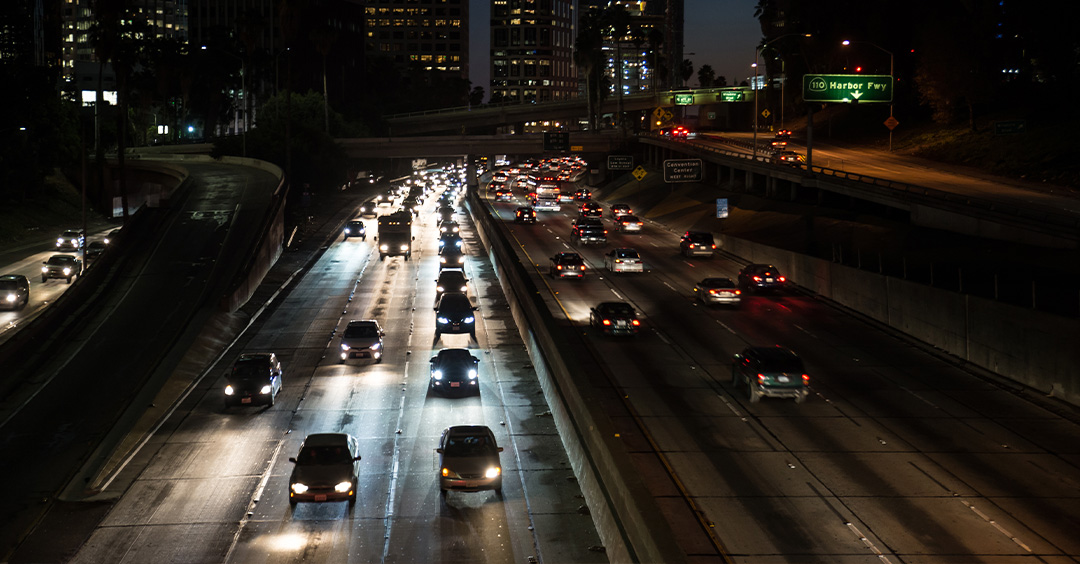 If you've ever had to make a marathon drive over a long distance, or if you just wanted to squeeze every possible hour out of your vacation, you know what it's like to drive all night probably. If you're a long-haul truck driver, pushing through the night, that could well be a way of life for you. For me, that last hour or two before dawn, oh, man, that's tough. That's when you turn on the most obnoxious radio station you can find and you blast it. That's when you start doing aerobic workouts behind the wheel. It's when you roll down the window in spite of the 30-below wind chill and the hurricane force winds. What makes the last hours of the night particularly challenging is the truth of that old cliché, "It's always darkest before the dawn." It usually is the darkest time, right when the night is seeming to be the very longest. Then suddenly, you start to see that glow on the horizon. The glow gets steadily brighter, and it starts radiating light across more and more of the dark sky. And then, there it is - the sunrise! Hallelujah, the long night is over! Just when it felt like it was never going to end!

I'm Ron Hutchcraft and I want to have A Word With You today about "The Good News About Your Dark Time."

That's what time it might be in your life right now. It's been a long drive - a long night. It feels as if it's been dark forever, doesn't it? In fact, it just got even darker. This is as bad as it's ever been. You're fighting hard to keep driving, especially when you feel like just giving up on the trip. But God wants to put a little glow in your dark sky right now. If it's getting darker, that means sunrise is coming soon! God has given you His word and this promise: "Weeping may remain for a night, but rejoicing comes in the morning" (Psalm 30:5).

It's no secret that I like pictures of spiritual truth. And Jesus gives us a wonderful real-life picture of this "darkest before the dawn" truth in our word for today from the Word of God in Luke 5, beginning with verse 4. Simon, who is a veteran fisherman, has been unsuccessful in his fishing expedition on the Sea of Galilee. He's back in port, cleaning his nets when Jesus asks to use his boat as a pulpit. Then, Jesus "said to Simon, 'Put out into the deep water and let down the nets for a catch.' Simon answered, 'Master, we've worked hard all night and haven't caught anything. But because You say so, I will let down the nets.'"

Well, it may be daytime, but it's dark time for Simon. He's done everything that his great ability and his vast experience know how to do in order to bring in a catch. And all his efforts to succeed, to change the situation? They've failed. Sound familiar at all? He is, in fact, accepting failure and, at least for the time being, giving up. It's dark. But the light is just about to dawn. The story concludes: "When they had done so (that is, let down the nets), they caught such a large number of fish that their nets began to break." The most amazing catch of Simon's life! Now, here's the principle of how Jesus works. A night of failure often sets the stage for a day of fantastic results if you don't give up; if you keep fighting under the orders of Captain Jesus. So, as Galatians 6:9 says, "Let us not become weary in doing good, for at the proper time we will reap if we do not give up."

God uses the long dark night to accomplish some important spiritual changes. He wants us to have those times when no human answers, no human consolation, no human heroes; no human efforts can change things. He's bringing you to the end of what you can do; the end of anything you can even think of doing. Because that's the beginning of the things only God can do. First, He has to get us out of the way.