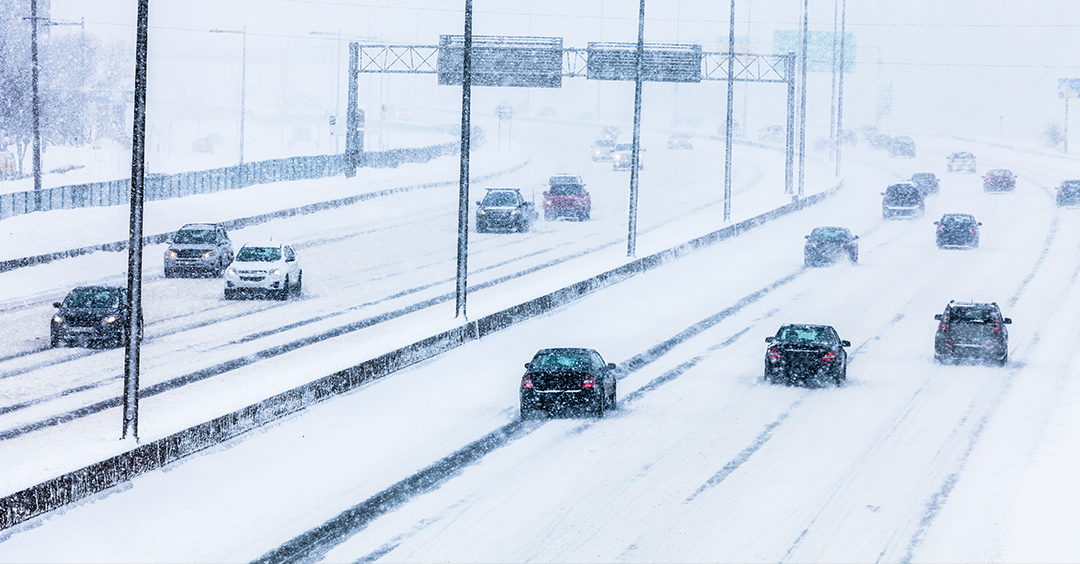 It was one of those winters when the bottom dropped out of the temperature in our area. I mean, folks there just aren't used to visits from North Pole weather. For a while, our favorite song was, "Freeze a Jolly Good Fellow." I was discussing this extended freeze with a friend who has lived in the area most of her life, and she actually helped me have a very positive outlook on the cold weather. She just said, "Well, just think - it's killing a lot of bugs!" Okay! Well, with all the ticks and the other pests we had the previous summer, I guess that was good news. So the next time I walked outside and felt a blast of that chilling cold, I said to myself, "Well, I'm turning blue, but the bugs are dying!"

I'm Ron Hutchcraft and I want to have A Word With You today about "The Good News About a Cold Season."

Most of us have lived long enough to see it happen - something good coming out of something that's difficult and unpleasant. If you're in a season of your life that's pretty cold right now, that may be an encouragement that would be good to remember. As you're feeling the chill of the moment, God's doing something that you're going to benefit from later on; something that could not happen without this time of bitter cold.

Just ask Joseph. The Book of Genesis tells us about a very long winter season in the life of this Old Testament hero. His brothers hated him because he was his father's favorite. They threw him in a pit and nearly let him die there. At the last minute, they changed their minds, lightened up a little, and settled for selling him into Egyptian slavery. Joseph got a great job in the house of a powerful man, and then lost it when he refused the advances of the boss's wife and she falsely accused him of assaulting her. Then, two long years in the king's prison as a result.

Ultimately, Joseph came to the attention of Pharaoh who eventually promoted him to second in command in the mighty Egyptian empire. That's when a famine drove Joseph's brothers to Egypt in search of food - food only the brother they had betrayed could give them. When they finally realize who he is and then experience his forgiveness and his mercy that they do not deserve, Joseph speaks these words in Genesis 50:20. It's our word for today from the Word of God. He says, "You intended to harm me, but God intended it for good to accomplish what is now being done, the saving of many lives."

From the pit to the prison, Joseph was sustained by one thing he knew had not changed - God was working a bigger plan. If you belong to Jesus, then Joseph's God is your God, too. And He is a God who uses even the wickedness of man to accomplish great things. For Joseph, vengeful brothers, false accusations, terrible injustices. They became the tools that God used to take him to places and positions he never could have gone otherwise.

If it's cold right now, if it's dark right now, don't let discouragement win. Don't let bitterness or resentment or resignation ruin the greater plan God is working on. The question to ask in times like these isn't, "Why, God?" You may not have that answer till you get to heaven. The better question is, "How can You use this, God?" He really does, as the verse says, "work all things together for the good of those who love God" (Romans 8:28).

During this winter in your life, He wants to build in you qualities that will lead to future greatness. He wants to give you a closeness to Him that you've never had before and would never get any other way. And then, He wants to use this season to position you to make a greater difference with the rest of your life than you ever imagined.