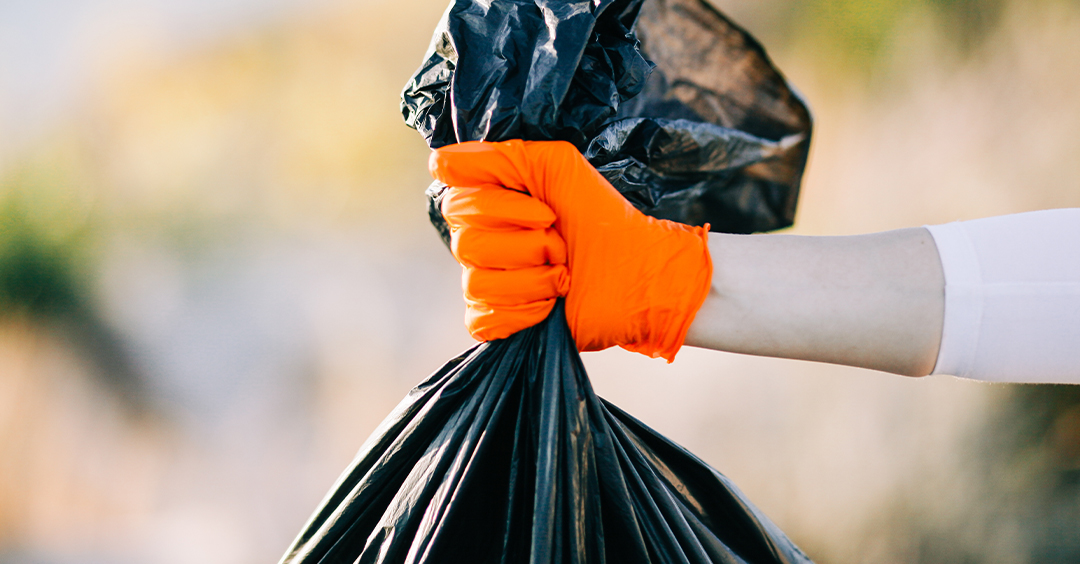 Over the years I've been the waste management engineer at our house. Yeah, I get to collect and take out the garbage. Take it from an expert, do not buy cheap garbage bags. No. Maybe don't wait as long as I did to sometimes collect the garbage either. Here's the problem. You've just tied up a brimming bag full of things you really don't want to see any more, you don't want to smell them any more. They're supposed to be in the garbage can. But sometimes they don't make it to the garbage can when a cheap bag rips open and dumps it all over the kitchen floor. Oh I've had it happen. Garbage isn't bad. Garbage dumped in the wrong place - oh, that's bad.

I'm Ron Hutchcraft and I want to have A Word With You today about "The Cost of Complaining."

From God's perspective, there's way too much garbage that gets dumped where it should never go - in the hearing, in the lives of people who have no business having to deal with your garbage. God really doesn't like it.

You can tell that from our word for today from the Word of God in Numbers 11:1. Here's what it says about God's ancient people: "The people complained about their hardships" - now here comes the sobering part - "in the hearing of the Lord, (Oops!) and when He heard them, His anger was aroused. Then fire from the Lord burned among them and consumed some of the outskirts of the camp."

I guess this passage could be entitled, "How to Make God Really Angry." It's called complaining - which amounts to dumping your garbage out in front of the people right around you. It's not uncommon to check and see who's listening before we go ahead and start complaining, or whining, or criticizing. When you do, don't forget the One who's always in the room - your Lord. He obviously doesn't like it at all.

One big problem with our complaining is that it focuses on what's frustrating us and it forgets the big picture. For example, these people in Numbers 11 went on to complain about their wilderness diet. They went on to talk about what great food they had in Egypt for, as they said, "no cost." No cost? You were slaves, guys! But when we get all nearsighted and we're just looking at the irritations and the frustrations in front of us, we lose our perspective, we blow today's little messes way out of proportion, and we forget the bigger picture of the great things God's doing in our lives. We miss the big tapestry.

But God isn't expecting us to ignore our frustrations, or bury our frustrations. He just wants us to dump them out in the right place, which David spells out in Psalm 142:1, "I pour out my complaint before Him; before Him I tell my trouble." Bring your complaints straight to God. He's not going to be hurt by them. He's not going to be poisoned by them like the people around you will. And secondly, He can do something about your complaints much more than the people around you can do.

Now, we all go through some garbage in our lives, and it's true we often need a place to dump that garbage. And God has offered us a wonderful place to do that. Of all places, in His Throne Room. But if you've been dumping on the people around you, you've been unloading garbage where it's not supposed to be and you've probably been polluting them in the process. They don't need it. It makes your Father very unhappy and it really pollutes the environment!