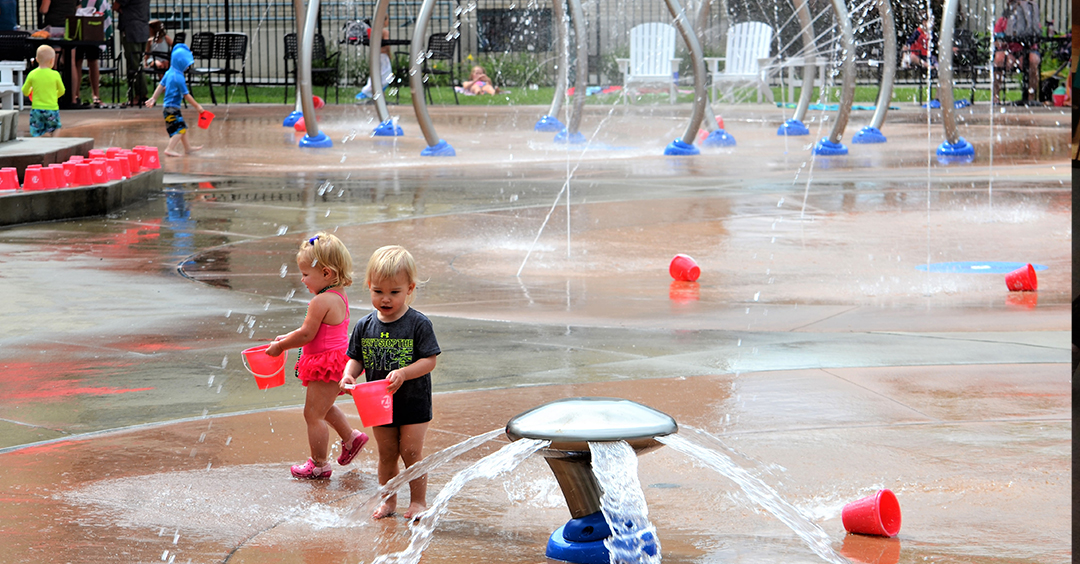 We were with our precious then two-year-old granddaughter at a theme park, and we took her to a part of the park that's usually a children's favorite; they called it "Happy Harbor." Water cannons that shoot out into this pond and water squirting up randomly from these holes in the sidewalk. One whole section had these cannons that propel Styrofoam balls all over the place. It was usually raining Styrofoam in there. Well, our granddaughter's three- and six-year-old cousins were already in there having a ball. Actually, having a good time. But our little princess, well, she didn't like those loud noises very much. She'd be frightened even by the loud train whistle in the park all day long.

I watched a very interesting little drama play out as she battled with two conflicting impulses. She was frightened by the sounds of those air cannons going off. She covered her ears and she refused to uncover them. But she was very intrigued with all those Styrofoam balls and she wanted to go in and play with them and with her cousins. It was a hard decision. Finally, she looked up at me as if to say, "Go with me." And together we ventured into that loud but exciting place. She still covered her ears, but she went in. Within minutes, ears uncovered, playing with her cousins, throwing little balls everywhere, oblivious to the noise that had almost kept her out.

I'm Ron Hutchcraft and I want to have A Word With You today about "The Cannons of Fear and the Courage of Faith."

I saw myself that day, in my little granddaughter. Afraid to go where I know I ought to be - letting the cannons of fear decide what I do. That's the very kind of thinking that cost an entire generation of God's people the Promised Land. They saw all those scary people and walled cities in Canaan, and they let that make them decide not to go in and take the land that God said He would give them. Fear trumped faith, and they got 40 years of wilderness instead of 40 years of wonderful.

You ever made any decisions like that? I have. Most of us have. We need to hear the words God spoke to Israel's new leader in Joshua 1:9. It's our word for today from the Word of God. Now, it's forty years later, and they're facing all the same "cannons" that scared them away before. But God says to Joshua: "Have I not commanded you? Be strong and courageous. Do not be terrified; do not be discouraged, for the Lord your God will be with you wherever you go." And this time, they went.

Like our granddaughter that day, their fear was still strong, but they didn't let it be decisive. Why? For the same reasons our granddaughter ventured into that scary place. First, she went with someone she trusted who was bigger than she was. That's what God was saying to Joshua and what He's trying to say to you. Whatever is bigger than you are, I'm bigger than it is! As an old hymn says, "Anywhere He leads me I can safely go."

The second reason you go into the unknown and the unnerving is that there's something very good there! Seldom will you find the will of God in your comfort zone. All our "Promised Lands" require us to cross a flooded Jordan River and face daunting obstacles, but we do it because our eyes are on the Lord who is also our God!

I saw what happened when a little girl disregarded the cannons of fear and let the courage of faith decide. She experienced a joy and excitement in a way she had not experienced before, and so will you.