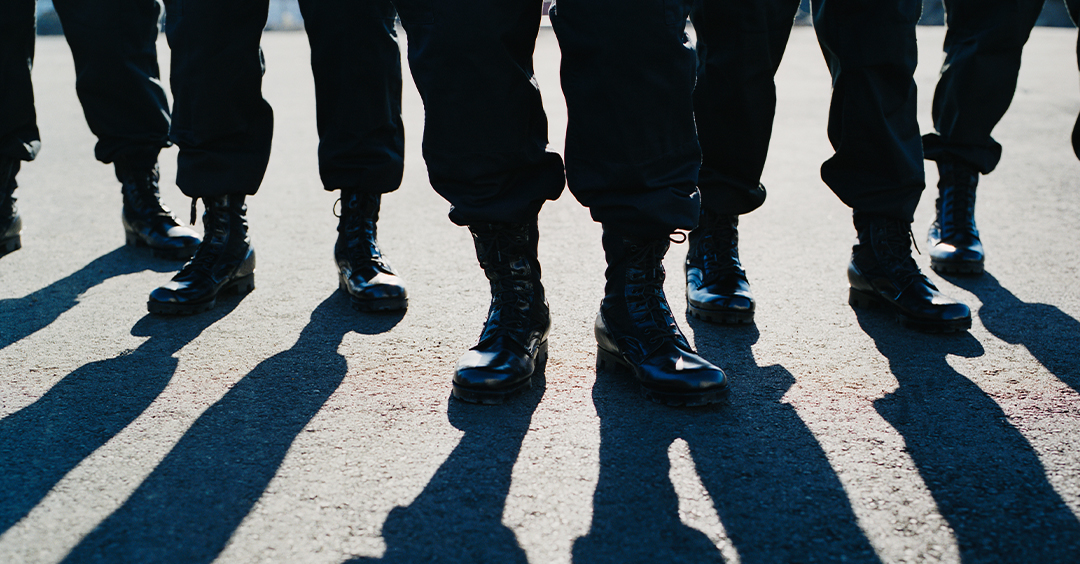 I've been privileged to have a lot of friends in law enforcement over the years. Not because I was in their custody. Let me make that clear. Some of them have the intriguing, and harrowing, assignment of being involved with both a SWAT team and a Hostage Negotiating Team. Needless to say, they're specialists who are called in when there's an especially dangerous situation; often involving people who are being held hostage by a felon. Their mission, one way or another, is to do whatever it takes to bring out those who have been taken captive.

I'm Ron Hutchcraft and I want to have A Word With You today about "Taking Back What the Enemy Stole."

Do you know that could be the mission God's asking you to go on right now? There's something, or someone, that our enemy Satan has stolen. And your Lord wants you to fight to get back what your enemy has no right to have.

There's a memorable picture of this in our word for today from the Word of God in 1 Samuel 30, beginning with verse 3. While David and his warriors have been out on a military mission, their mortal enemies, the Amalekites, launch a sneak attack on David's camp and take prisoners. The Bible says, "the women and all who were in it. When David and his men came to Ziklag, they found it destroyed by fire and their wives and sons and daughters taken captive." The Bible says they wept until "they had no strength left to weep." It's a heartbreaking scene.

But those tears turned to bitterness. It says, "Each one was bitter in his spirit." The Bible says, "But David found strength in the Lord his God." So, "David," it says, "inquired of the Lord," and as a result of God's direction, he led his men to take back what the enemy had stolen. And the Bible says, "David recovered everything the Amalekites had taken...nothing was missing: young or old, boy or girl, plunder or anything else they had taken. David brought everything back."

Well, now, that could be God's word to you today, because your enemy has stolen something or someone he has no right to. Maybe he's stolen a child of yours or the love that was once in your marriage. Maybe he's stolen the joy you once had in serving your Lord, or the love and unity your church once knew, or the sense of calling you once had. Satan also steals reputations...even years of your life, by keeping you from Jesus. Now when you've lost something to an enemy ambush, it's easy, like David's men, to succumb to bitterness and feel like surrendering. But, like David, you can "find strength in the Lord your God" instead of finding discouragement in what you've lost.

Then you pray for God's strategy for fighting back to recover what the enemy has stolen. Declare war on whatever has been keeping you from recovering what you should never forfeit to the darkness. Maybe you've been accepting a loss that you never should have surrendered to. You know what God is saying? It's time to fight back, and realize that the Messiah, Jesus, who descended from David, has the power to, as the Bible says, "bring everything back." You're no match for this enemy from hell, but he's no match for your Jesus!

And Jesus told us that we could pray and bind that strong man, and one stronger than he is (speaking of Jesus himself) will come and overpower him and take away his possessions. Those are possessions he never should have had in the first place. The enemy may have his hand on something or someone right now that he has no right to. It's time for you to follow General Jesus into the battle to take back what the enemy has stolen!