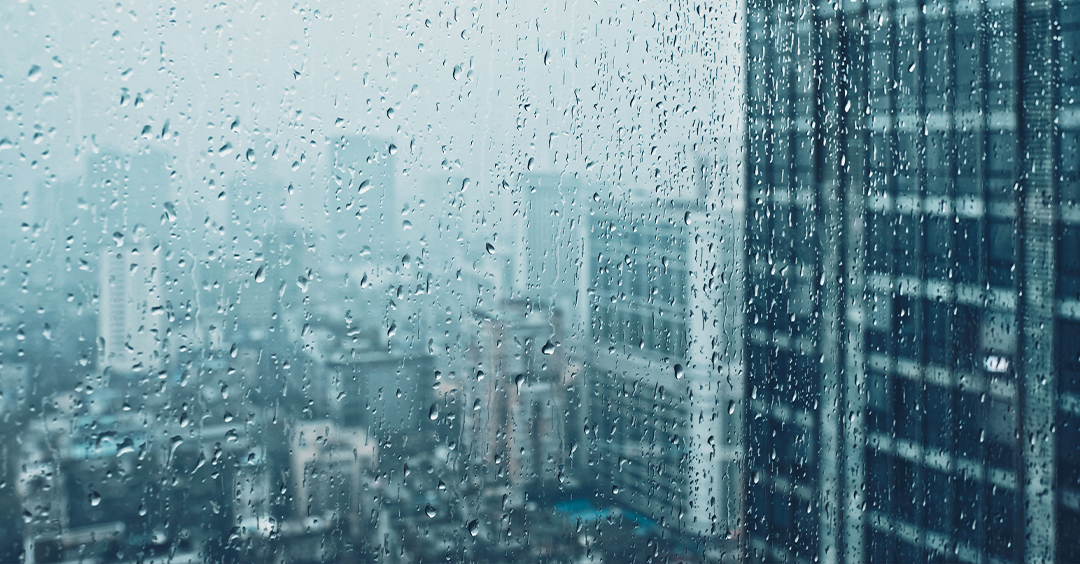 It was the only kind of day they have at O'Hare Airport - busy. It was August, and I was one of the thousands of passengers there who had plans and schedules, things we had to do, places we had to be. But, as far as I know, none of us made it. No, Chicago had a record-breaking storm that day - over nine inches of rain. There was massive flooding, in fact so much that the airport was literally flooded closed. That created an interesting dynamic with no one able to come in or go out. It was sort of like Camp O'Hare all of a sudden. Many of us spent the day trying to find either a way out, or a phone to call out, or a place to spend the night. It was before cell phones, and it was a few years ago and that's why we didn't have all the technology to contact somebody. Virtually no one did what he or she had planned to do that day. Oh no! Our plans didn't go through all because of one storm! The rich, the poor, the powerful, the famous, the unknown, the young, the old - didn't matter. Suddenly your destiny was out of your control. You know what? Storms will do that to you.

I'm Ron Hutchcraft, and I want to have A Word With You today about "Storming Home."

It's not uncommon for life's hard times to be portrayed in Scripture as storms. And that's appropriate because storms are often situations where you have no control over your outcome. Like all of us up-ended passengers that day at O' Hare Airport. Maybe like the situation you're in right now: medically, financially, maybe it's your family, your business, your ministry. It's "out-of-control" time. It's storm time.

Our Word for today from the Word of God comes from the Old Testament book of Nahum 1:3. It's this wonderful anchor verse buried in one of those often-neglected Minor Prophet books in the Old Testament. "The Lord has His way in the whirlwind and the storm." Out of control? Yours, yes. His, no.

Paul experienced that in a dramatic incident that's recorded in Acts 27. He was being transported from Israel to Rome, by ship and under Roman guard. But their ship was hit by a hurricane-like storm that battered them for two weeks! They had to throw their valuable cargo overboard, much of their equipment, and they didn't see the sun, moon or stars for two weeks! They had no way to navigate, no way to know where they were headed. Paul describes them as just being "carried along." That sense of having no control of where you're going; does that sound painfully familiar?

Here's the exciting part. When they were finally driven aground, they ended up on the island of Malta. You know where that is? It's just south of Rome. All the time that they had apparently been out-of-control, they were essentially right on course. So are you.

Maybe the winds in your life are intensifying right now. You can't find the things that you've always navigated by and the flood of your frustration, your fear rising. Listen, everything is under control. If you relax, if you let go and let God; you let God navigate, you're in for a wonderful surprise when the storm passes. That storm that blew you around so violently was actually blowing you home.