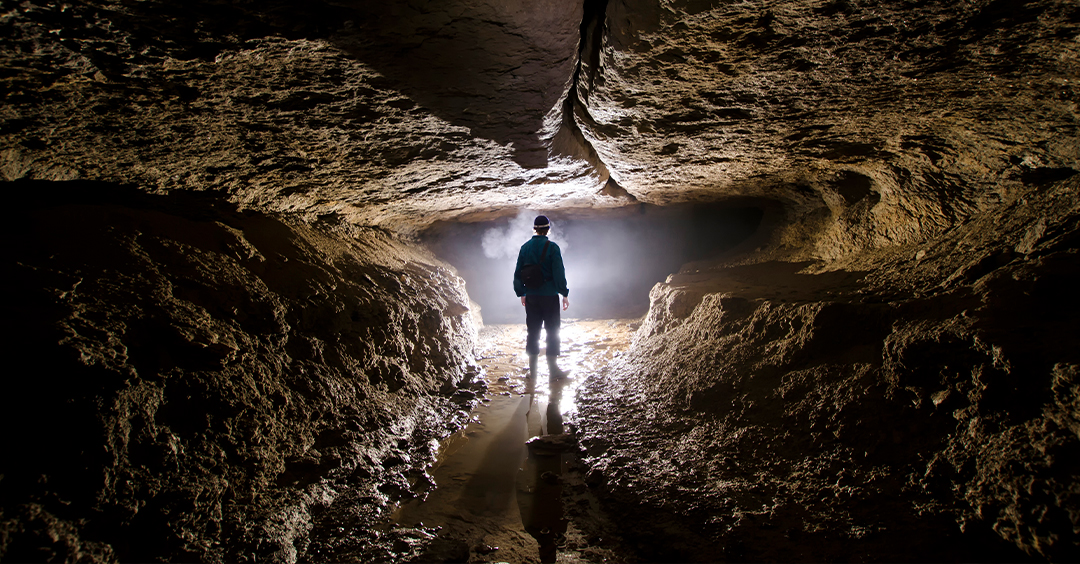 We went on this guided tour of this large cave near us. You walk through these winding and really narrow passageways and you admire the wonders that God has created from stalagmites, stalactites, and underground rivers. We entered this one large chamber, and the guide turned on the light and directed our eyes to this high vaulted like cathedral ceiling. You can probably guess what animals we saw hanging up there - bats, lots of bats. The guide told us that the early explorers of this cave had found large quantities of what she called bat guano. If you don't know what that is, never mind. It's gross, that's what it is. But they made lots of money selling that stuff. Really? Who would buy it? I mean, "What good could bat dung possibly be?" Surprise! She said they make gunpowder out of it! And even more surprisingly, they said they can turn that gross stuff into makeup like mascara and lipstick!

I'm Ron Hutchcraft and I want to have A Word With You today about "Something Beautiful From Something Ugly."

It's amazing how people can turn something seemingly useless and ugly into something useful and even beautiful. What's more amazing is how God does that with our lives! In fact, He's wanting to do that for you - to make something beautiful and useful out of the ugliest things that have happened in your life. And only He can.

One way He does that is described in our word for today from the Word of God in 2 Corinthians 1:3-4. "The Father of compassion and the God of all comfort ... comforts us in all our troubles, so that we can comfort those in any trouble with the comfort we ourselves have received from God." I don't know what kind of "troubles" you've been through; it could be anything from sickness, to abuse, to addiction, to grief. But whatever the trouble, I know that it's made you need the Lord more than ever before. And so if you've reached out to Him, you experienced His compassion, His comfort, His strength, and His support in some deeply personal ways.

Now, in a sense, God wants you to be for other hurting people what He has been for you. That's how He takes the worst things that ever happened to you and makes them into something beautiful. Scott was listening to my youth broadcast one night when he was desperately lonely; desperate enough to be considering suicide. Instead, that night he gave his life to Christ. Later, he told me that he decided to have a ministry to people like himself for the rest of his life. He knew how to help lonely people because he had been the lonely people.

Jane was sexually abused by two different family members. When she brought that awful garbage to Jesus, He began to give her a ministry to abused girls and she has helped a lot of them. Her history of abuse became her strange credentials for caring for abuse victims. My friend Don has had a tremendous ministry to young people that others might call rejects. He's so tender and he's so compassionate toward them. You know why? He says it's because he remembers the hurt he experienced as a child born outside of marriage in a terribly dysfunctional home. God has recycled his wounds into life-changing compassion.

See, that's the kind of thing God wants to do for you if you'll bring Him all that pain, all those wounds, all those memories. He wants to take all that ugly stuff - stuff that looks like it's useless, and He wants to turn it into something very beautiful - a tender, compassionate, helping heart in you. Because of what Christ can do with the waste of our lives, the ones who have been hurt the most, they turn out to be some of the greatest healers in the world.