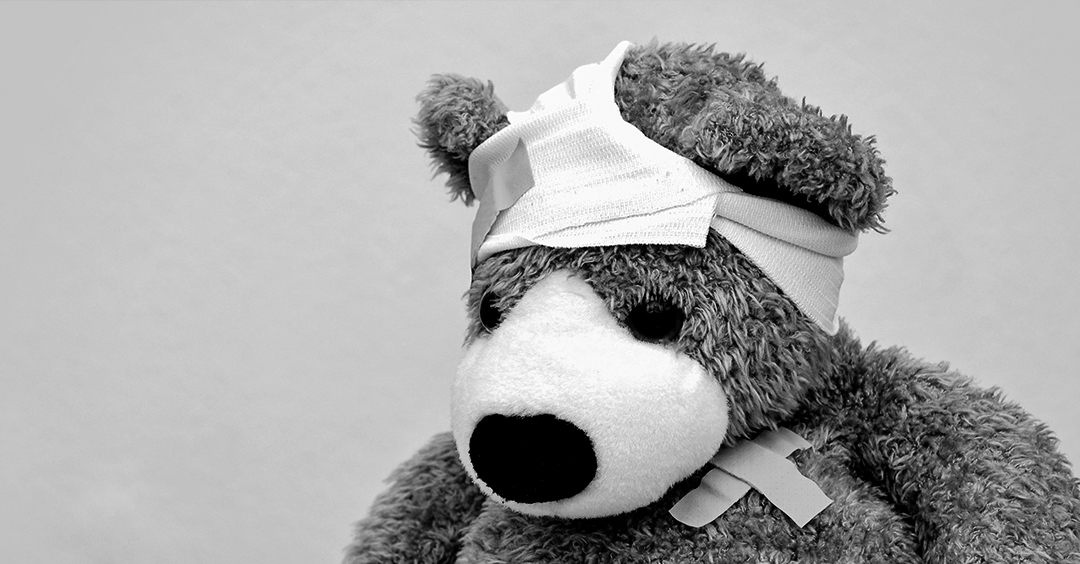 I arrived at our office one morning and had a little scratch on my forehead. It was pretty obvious, and most people didn't mention it. They were really nice to me. But then there are those who - like me, unfortunately - well, they hate to miss an opportunity to "bust" someone, especially me. So, of course, I heard more than once that day, "Oh, did your wife scratch you?" My poor wife took the blame. And, of course, I kiddingly went along saying, "Oh, sometimes it's the only way to keep me in line" which people thought very believable. Now here's the truth: somehow, I just managed to scratch myself in my sleep. I'm not sure what I was dreaming about. But it was all my doing.

I'm Ron Hutchcraft and I want to have A Word With You today about "Self-Inflicted Scars."

It's always convenient to blame someone else for something that was really your own fault isn't it? Sometimes, we even go so far as to blame God when the scars are really self-inflicted.

It's interesting to hear God's perspective on that in our word for today from the Word of God in Proverbs 19:3. It's a fascinating verse. Listen to it: "A man's own folly ruins his life, yet his heart rages against the Lord." That's so true and so ironic. How many times have you heard someone say, "How could God let this happen? How could God do this to me?" When, in fact, they were at least in part reaping the harvest of their own mistakes…of their own decisions.

Remember, the driver is to blame for where the car ends up. Many times we blame God for where we end up, when we've been doing the driving. In fact, this may be an issue in your life right now. Maybe things have gone wrong. They're a mess. You've got some scars, and you're allowing it to come between you and your God.

And maybe you're reaping some of the results of your own stubbornness, maybe your own refusal to do it God's way. God's been trying to lead you in a different direction. Maybe He's even been convicting you of a sinful attitude or action, some sinful relationship that you need to change, or a wrong way that you've been treating people. God's word to you might be Isaiah 48:18 - "If you only had paid attention to My commands, your peace would have been like a river, your righteousness like the waves of the sea."

You know, quite often our pain is the result and the harvest of our own selfishness, our own bad choices, our own messed up priorities, our lack of integrity, maybe our hasty words, the lies we told, the things we've neglected, or the people we've neglected. This isn't a time to "rage against the Lord." No, this is the time to look in the mirror and accept the responsibility for the results of your own choices. And, for goodness sake, let this pain make its point - that God's way of getting things done is so much better.

Let today be a new beginning for you so tomorrow's harvest will be better, and not bitter. Remember, the healing of the prodigal son began when, according to the Bible, "he came to himself."