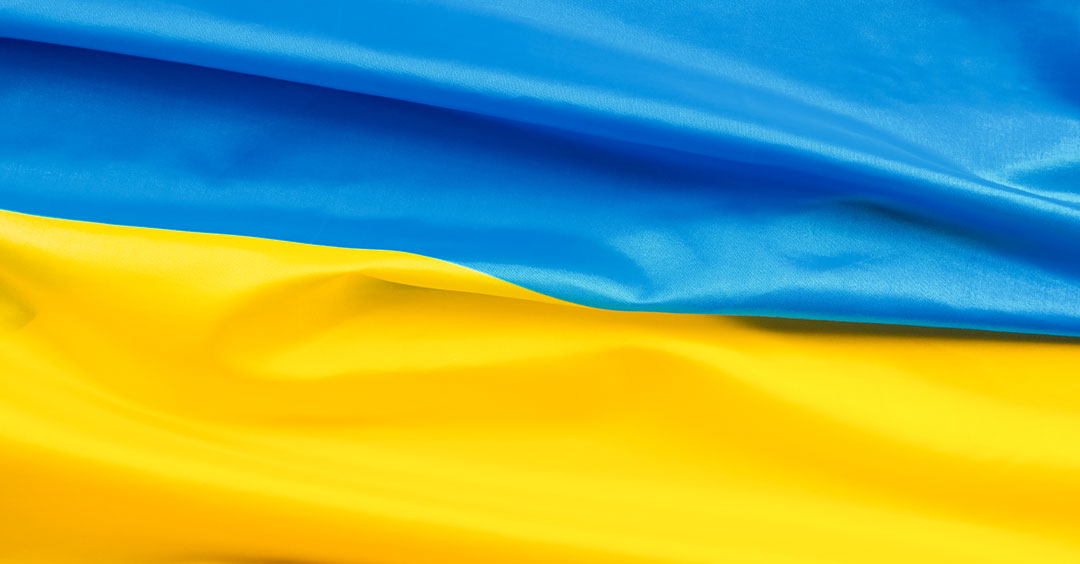 They thought it would take about three to five days. Yeah, when there was the invasion of Ukraine. That was the prediction of even our military people that because of the mis-match of the size of the Russian army and the Ukrainian forces it would be over very quickly. Well, as we know now, it has been an amazing part of modern history. And suddenly the world knew about a comedian who had become the President of Ukraine. And Volodymyr Zelenskyy has become a hero around the world. Someone called him "Churchill in a tee shirt." And we've all seen and heard him as he's really decided that he would not retreat, he would not disappear, and when the American government said, "We will give you a ride out," because there were three assisination squads stalking him. He said, "I don't need a ride." Remember? "I need ammunition." And he was there to stay! Guess what? Because one man wouldn't retreat, it inspired a nation to fight, and inspired the world to come and help them.

I'm Ron Hutchcraft and I want to have A Word With You today about "Refusing to Retreat."

Our word for today from the Word of God comes from Joshua 1. Joshua has assumed the new command of the children of Israel. And man, has he got obstacles and risks ahead of him. They're going to try to conquer the Promised Land and it's got walled cities, barbarian tribes, giants, and a flooded river to cross. And the man he's depended on all these years, Moses, has just died.

Well, now here's the word for today, Joshua 1:9, "Have I not commanded you? Be strong and courageous; do not be terrified, do not be discouraged, for the Lord your God will be with you wherever you go." Okay, now, God's addressing our two natural reactions when we're facing something overwhelming, threatening, new. We get scared, and we get discouraged. So He says, "Don't be afraid; don't be discouraged." See, God tells his people this eleven times in the Bible. Forty years earlier He said, "Go up and take possession. As the Lord told you, do not be afraid, do not be discouraged." Now, there are those times when your feelings and your circumstances are just saying, "Man, retreat! This is too tough!" But while your emotions are saying, "Retreat!" the Lord's saying, "No, charge!"

It's interesting the kinds of situations in which God says, "Do not be afraid, do not be discouraged." One is when He's asking you to take big risks. Now, that's the situation here with Joshua and the Jews going against the giants of Canaan. When Solomon was facing the massive task of building God's temple, a huge assignment no one had ever done before, David said, "Be strong and courageous and do the work." And then guess what? "Do not be afraid or discouraged." See, God says "charge" when you're facing a big job. Another time God says, this is after the Jews are in Canaan and they experience a deadly defeat. In Joshua 8:1, God says, "Do not be afraid, do not be discouraged." So He says it after a major setback.

Well, maybe right now you're facing a big risk, or a big job, or a big setback, or a big threat, and everything in you and around you is signaling, "Retreat!" Your fears are great, you're feeling discouraged. Remember, God's ancient people made their biggest mistake turning away from the Promised Land because they were afraid and got discouraged. You'll probably miss God's best if your eyes are on the circumstances or your feelings. In each case the reason for your confidence is the same, "The Lord your God is with you wherever you go."

Keep your eyes on the God who is bigger than every obstacle, every need, every enemy, every task. He's called the Lord, the all powerful One who rules everything. But He's the Lord your God making all of that power available to you.

In the nation under attack, one leader with everything around Him seeming to say, "Retreat!" stood his ground and ultimately turned "Retreat!" into "Charge!" Well, that's what the Lord Jesus wants to do for you, because this is no time to retreat!