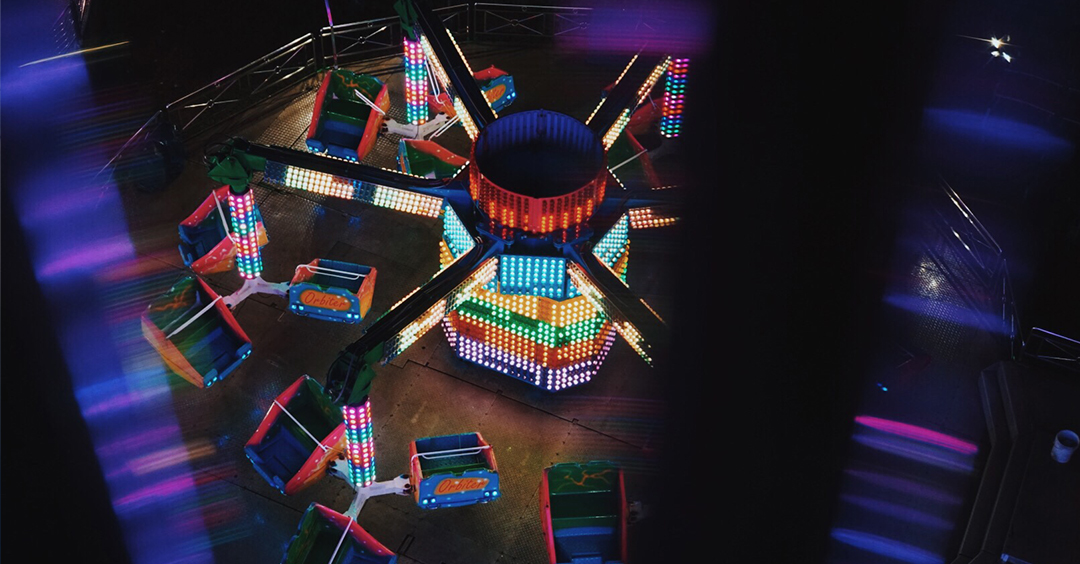 I had never heard of centrifugal force when as a boy I went to an amusement park. In fact, I don't know if I could pronounce it. But I did experience it! They had this ride called The Rotor, and you get inside this round chamber and you stand against the wall. This chamber starts to spin faster and faster. Pretty soon it plastered me against that wall. Before long I had no choice where I was going to stand! There was this powerful, invisible force that was pushing me to the outside of that chamber. Well, guess what? That's the centrifugal force that my science teacher told me about years later - the kind that pushes things to the edge.

Now, the ride was kind of exciting, because after you were pushed to the edge the floor dropped out from beneath you and there was no problem. I didn't have to be afraid of falling; I wasn't going anywhere, because uh-huh, centrifugal force forced me to the outside. It literally has tremendous power to push things to the outer edges. You know, Christmas is like that.

I'm Ron Hutchcraft and I want to have A Word With You today about "Pushed to the Edge by Christmas."

Well, our word for today from the Word of God comes right out of the familiar words of the Christmas Story, Luke 2 - I'll begin reading in verse 6. "While they were there" (that's in Bethlehem) "the time came for the baby to be born. And she gave birth to her first-born, a son. She wrapped him in cloths and placed him in a manger because there was no room for them in the inn."

Now, you notice it doesn't say here there was no interest in this baby that was going to be born. It doesn't say there was no concern about the baby being born. It just says there was no room. Jesus wasn't told to go to the manger; he was just sort of pushed there by an already full house. Guess what? That is still happening to our Savior. See, the more complicated life becomes, the more He gets relegated to the leftovers of our schedule. "If I have time, Lord, I'll be with you." It's like centrifugal force: the faster your life is spinning, the more Jesus gets pushed to the edge.

And then on top of that, here comes the Christmas push! You've heard of the Grinch that stole Christmas. How about the crunch that stole Christmas? And maybe you're in the middle of that right now, and the very Savior we should be honoring this season is getting squeezed out by the spin of shopping, and baking, and all our preparations for Christmas, and all the complexities and inconveniences that go with this particular year's Christmas?

Oh, if I had a whistle right now I'd blow it like a coach, "Time out!" Stop the spin long enough to see where we've put our Jesus. In the stable...and that's wrong. It was wrong before the Christmas season; it's more wrong now. His time has got to be non-negotiable in our lives; not to be canceled or compromised by anything. All the other pressures of your life will pass; all those deadlines, all those things that are pushing on you, they're going to pass.

If you got sick today, somehow you know what, they'd get it done by somebody else or decide it wasn't that important to do. But only your relationship with Jesus Christ will last forever. It may take some courage, some discipline, some sacrifice, some hard choices, but Jesus Christ must once again be crowned the King of your schedule. And your time with Him? The non-negotiable of your personal schedule. He's saying, "I want My time with you."