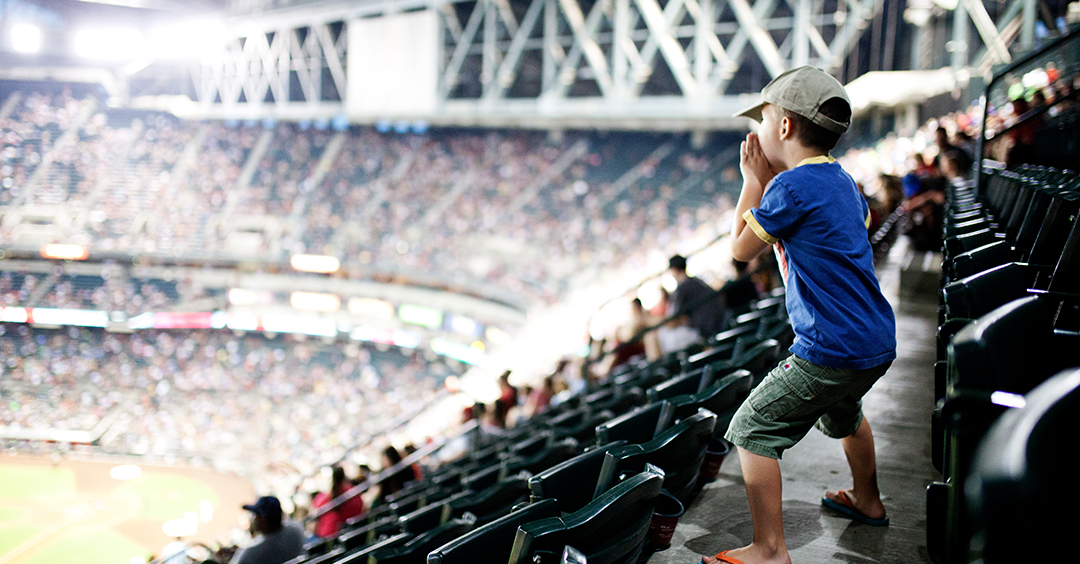 Every World Series has its memorable moments, but the 1989 World Series will always have a distinctive claim to fame. The game was being played in Candlestick Park in San Francisco. And you might remember, in the third inning, the ground suddenly started shaking - an earthquake hit the stadium! People began to flee, the players quickly left the field, and many suddenly only cared about one thing - whether the people they loved were safe. The Giants catcher, Terry Kennedy, was living his dream that day. He was playing in the World Series. But suddenly, in one redefining moment, that changed. When a sportscaster inquired about his reaction to the quake, that catcher summed it up pretty well. He said, "Sure does change your priorities, doesn't it?" 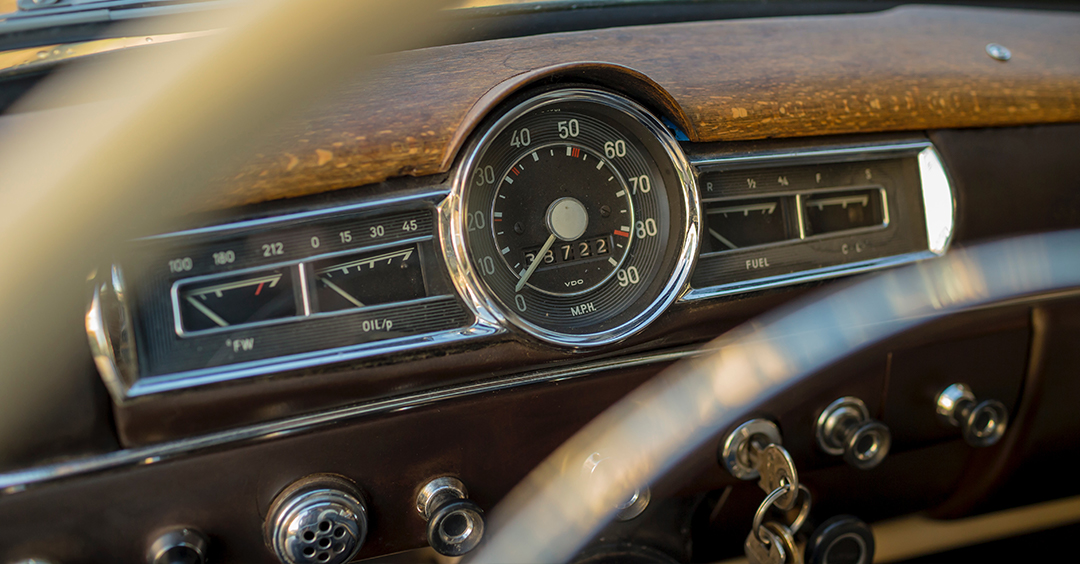 My friend, Mike, had just started up his pickup truck when the trouble started. He was taking the truck out for a test drive for some people who had just bought it. And as he backed it out of the new owner's garage, it suddenly started sputtering and stalling. He couldn't keep it running no matter what he tried. He got to a phone and called the old owner and said, "What's the deal with this truck you just sold?" Well, the man who sold it is an honorable man, and he was really distressed about this suddenly dysfunctional truck. Then suddenly he asked Mike, "Did you happen to mess with the radio at all?" Yes, he had. The previous owner told Mike to go check these two switches that are right next to the radio. See, this truck has a wonderful feature, especially for the country roads that it travels so much. It has a reserve gas tank. Now, Mike had unknowingly turned off Tank 2, which was full of gas, and turned on Tank 1, which was totally empty. But the good news is that as soon as he switched from the empty tank to the reserve tank, Mr. Pickup Truck ran and ran and ran. 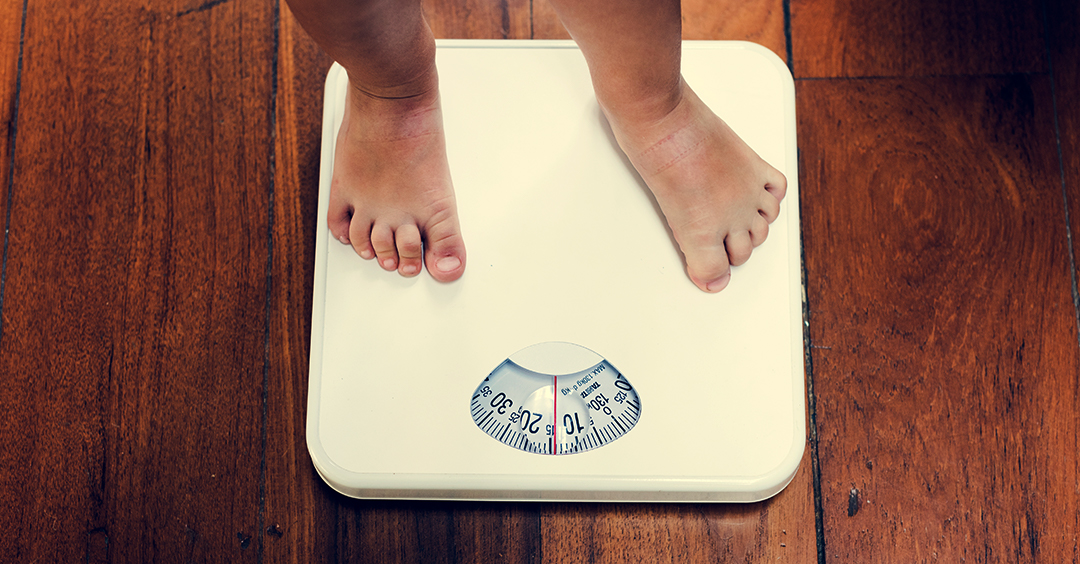 Every morning I have a date with my bathroom scale. Some days it makes me smile. Other days, I'm sad. So I need comfort food. Like donuts.

But years ago, our son had an unusually uplifting scale. He was working in youth ministry on a reservation and living in a trailer. He urged Karen and me to weigh on his scale in the morning. Karen was thrilled - she'd lost 15 pounds in a day! And so had I! Of course, we got wildly different results every time we weighed. 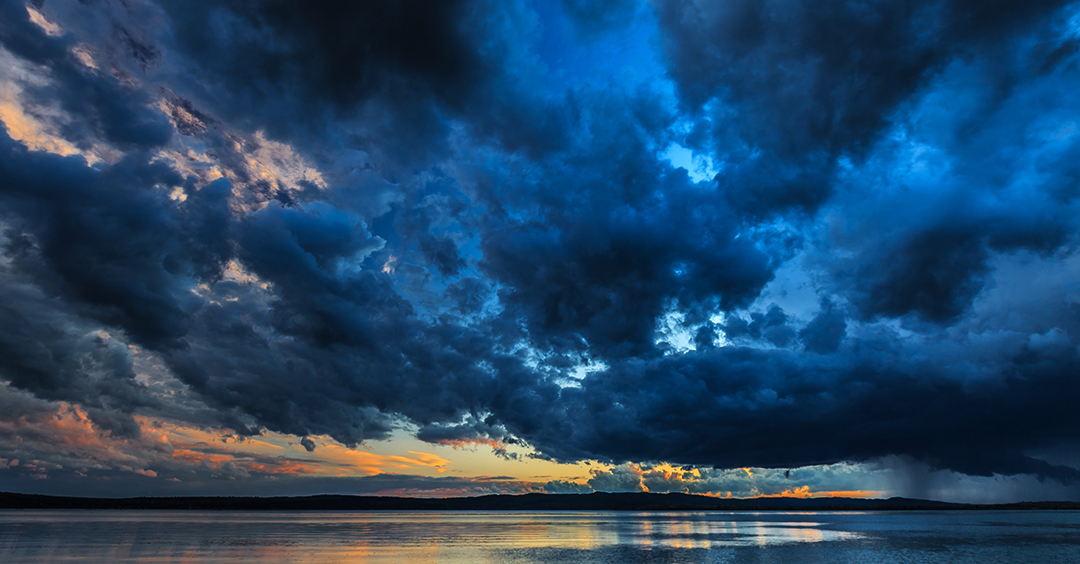 For years, her voice was one of the signature voices of Southern Gospel music. When Bill Gaither started doing his Homecoming videos, her commanding voice became known to a lot more people than ever before. She's with the Lord now, but when Vestal Goodman was around she belted out a song, and it captivated audiences. I was actually surprised to learn that Vestal Goodman's singing didn't always dominate a room. And whether you've ever heard of her or not, it's amazing how this all came to be. Her husband Howard said that when they first started traveling in itinerant ministry, his wife actually had this little, light soprano voice. Something obviously happened. The storm happened. This near hurricane-strength storm hit Monroe, Louisiana the day they were supposed to have a concert in their big tent. Well, those violent winds destroyed everything, including the tent and their sound system. They moved their meeting to a church that night, and Vestal asked Howard to accompany her on a song she had never sung before publicly. As he started to play that song, he said that's when it happened! Suddenly he was hearing his wife sing with this great booming voice he'd never heard before - a voice that belted out a Gospel song; not only for the folks in the church that night, but later for millions of people for decades to come. 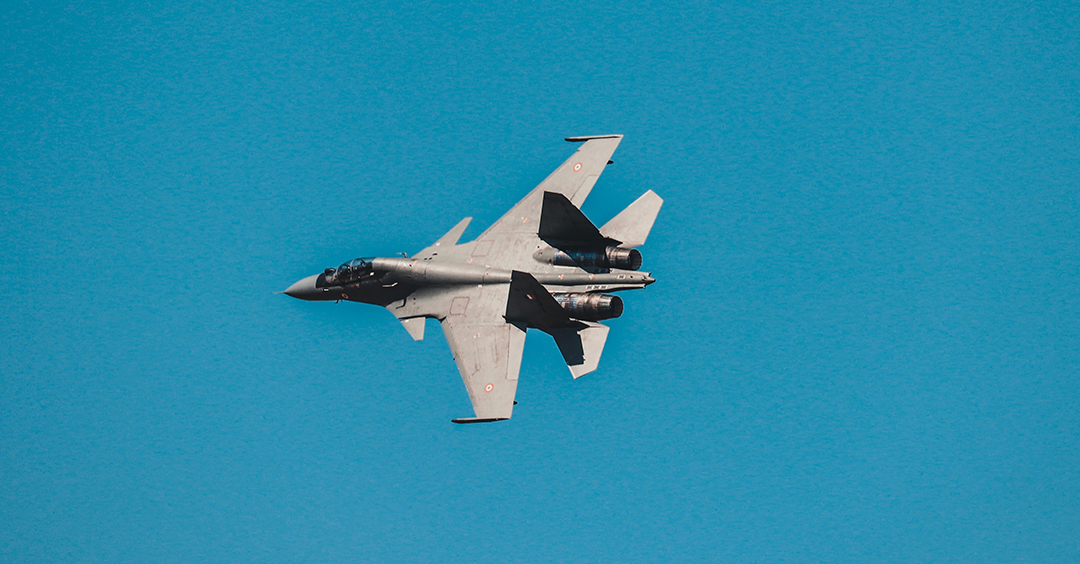 Years ago, not long after the Gulf War actually, an Air Force chaplain planted this mental picture in my head. It's still there! He told me what he considered to be the ultimate example of loneliness. The chaplain said, "To me, lonely is a fighter pilot in his F-16, on a night mission over enemy territory." The only light is this eerie glow from his instrument panel - and his instruments indicate that his plane has just been, as they say, "painted" as a target for, in this case, an Iraqi missile. The only sound he heard in that ultimately lonely moment was a song playing in his headset - "God Bless the USA." 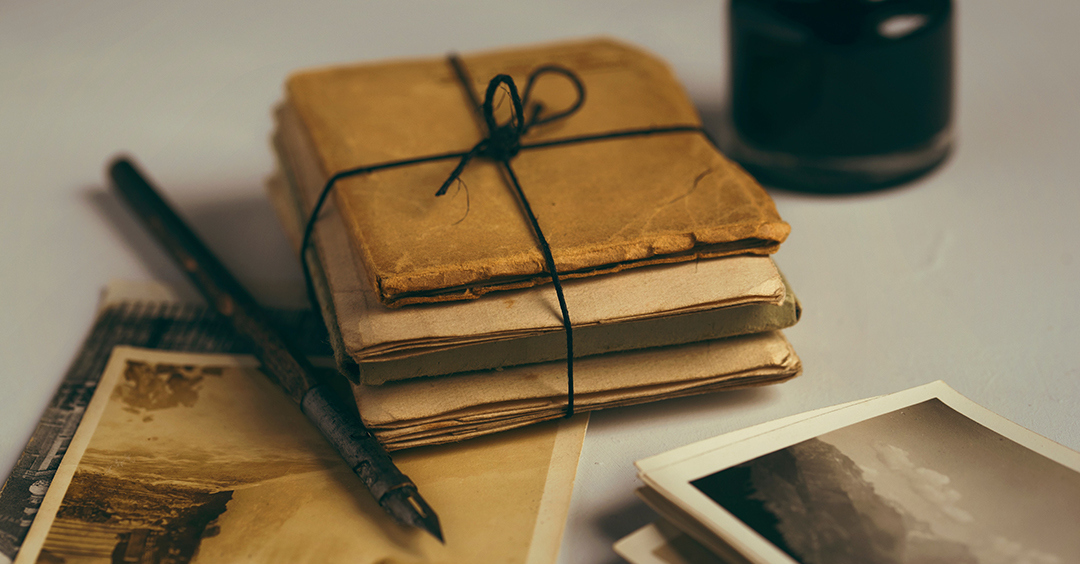 I had been going through this basement closet. I found some buried treasure. Actually, it was a little suitcase filled with the love letters that my wife and I had exchanged over two years of our courtship and engagement - and no you can't see them. It was pretty moving for me to read them again after all these years. As I relived our early romance through those letters, I had an idea, why not put some of these in a scrapbook and give them as a gift to my wife. Small problem: how am I going to do this and keep it a surprise? I actually set up a partition in the back half of our basement. I moved some big furniture around to further obstruct the view, and I made myself a secret "No Trespassing" workshop! Finally, one day I presented to my Honey this book entitled "Chronicles of a Lifetime Love." She had no idea what I'd been working on for her, because, see, I did all the work on it out of her sight! 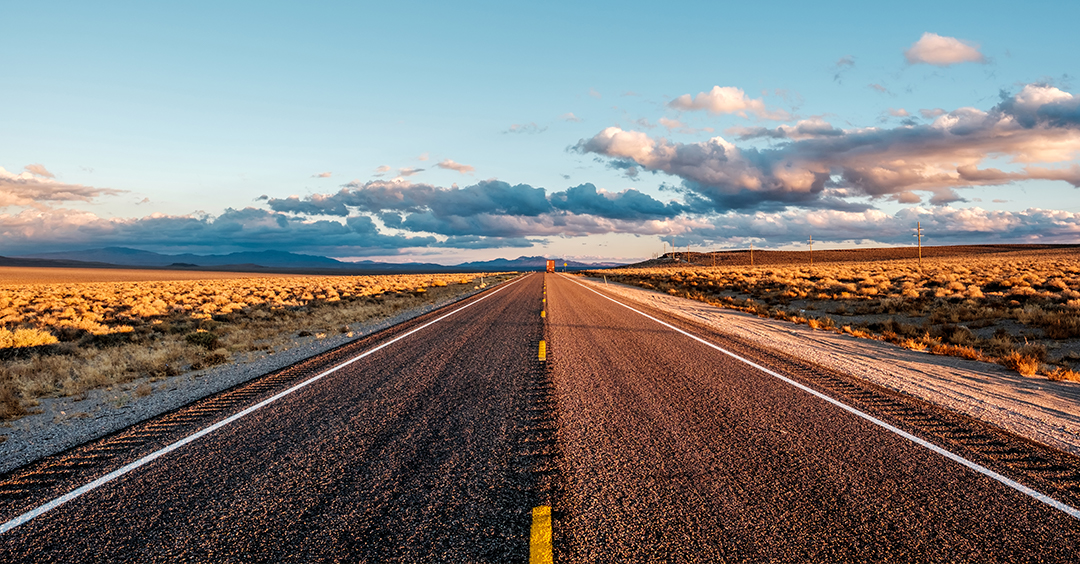 We were driving with some of our young Native American friends in Arizona and we were returning from a little sightseeing outing. And even though men never get lost, right? Well, the man driving did. As we were debating which way to go to get back, one of our Indian passengers described exactly how we had traveled to this area and exactly how we could get back. We listened, we tried it, and we weren't lost anymore! Now maybe it's just been my experience, and sometimes I even joke about it with my Native friends - Native Americans just don't seem to get lost! I've tried to figure this out. Maybe it's just instinct, but over and over I've noticed something. My Native friends pay very close attention to where they're going. Seldom do they have to travel there twice to know where they're going. Now, they have taught me a very valuable lesson - the way to know your way is to pay close attention to where you've been! 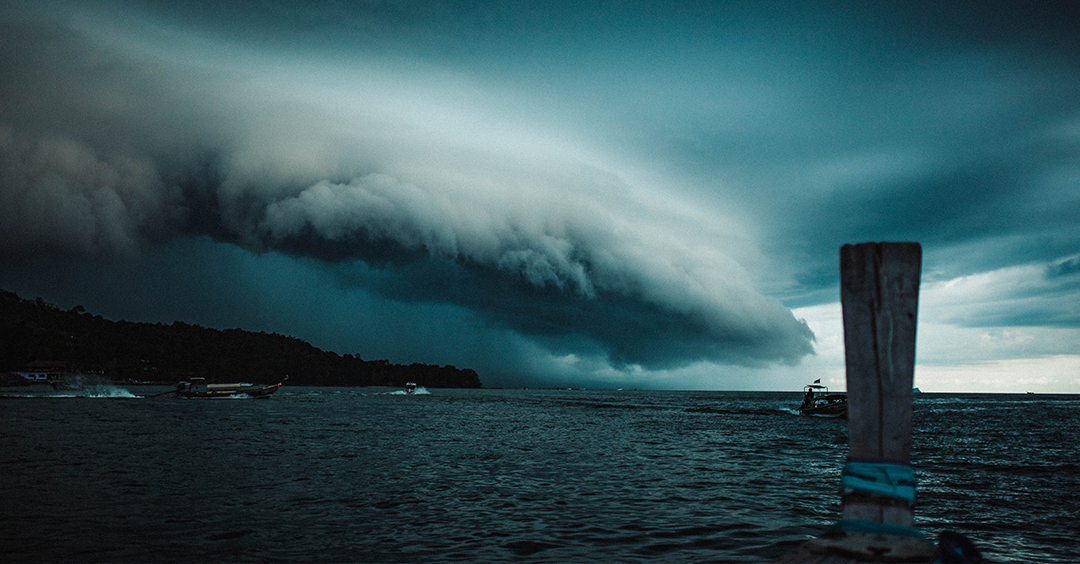 The first hurricane I was in made me think of the Three Little Pigs story. It also made me think of the wolf, "I'll huff and I'll puff and I'll blow your house down." We were on vacation with our family at the time, and the hurricane was moving into where we were on the coast. We moved downstairs from our upstairs bedroom. We listened to the local station go off air because the water was coming into the station. We tried to sleep but the wind was howling and the rain was pummeling the house. Well the next morning we went out and we surveyed what had happened. The power was out. The trees and wires were down. There was like wreckage everywhere. We had to actually wash and flush using the water that we had wisely stored in the bathtub before the hurricane hit. We ate by candlelight. We changed all our plans, but we were safe. See the storm had beaten up everything around us and it sure affected our lifestyle. But the things that really mattered - they were safe. 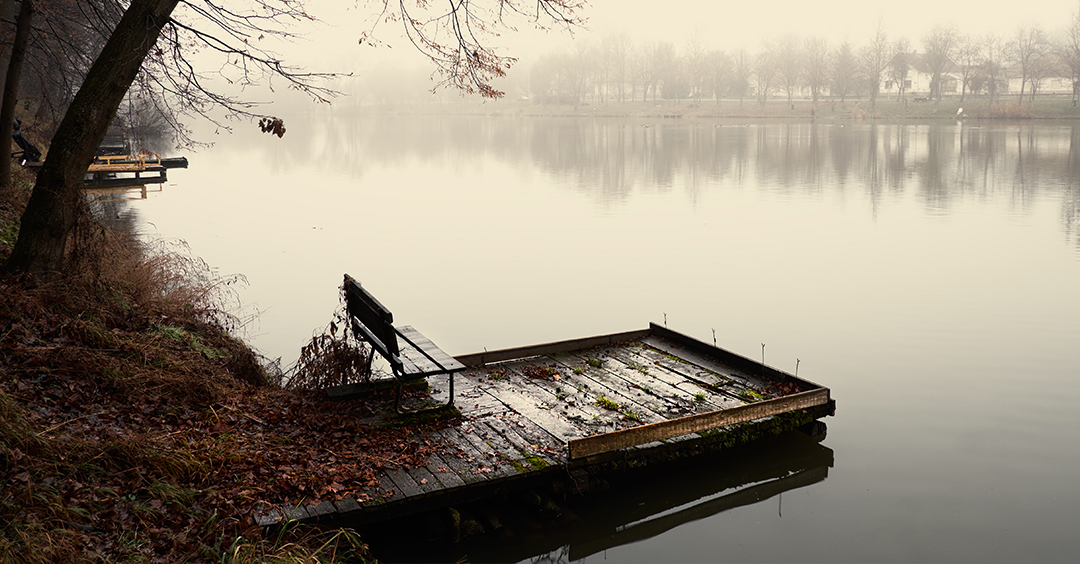 This is going to come as a big surprise to you, but I like to talk. It was a blow, then, when this throat doctor told me some years ago I had to stop talking for three weeks! That was a long time ago but my memory is still fresh on this. I had what was known as a growth on one of my vocal cords, and he said it could do serious damage to the other vocal cord. His prescription: total voice rest! Ahhh!!! I argued with him about all the appointments and speaking engagements I had, and he told me the consequences of not stopping. So, I stopped. Now, a lot of my friends got a good laugh out of Ron not being able to talk. In fact, they loved my little Donald Duck magic slate that I carried around. It helped me communicate. But there was one person who didn't laugh, and that was my wife. It was tough on her because she had to be my voice for so many people. Okay, it had been two weeks since I had spoken a word. My wife and I were in bed, we turned off the light, and suddenly she was startled by a sound next to her. It was me, breaking that long silence. Just long enough to say three little words, "I love you." And then back to silence for one more week. But those three little words, that sounded so loud after so much silence, made her happy enough to cry. 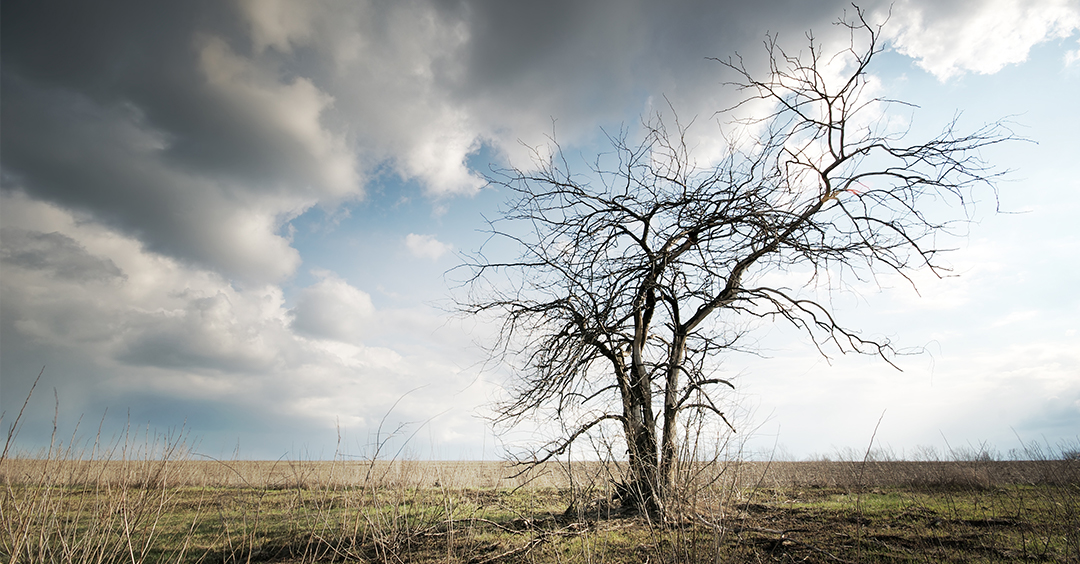 We get our share of storms where we live, and we've got our share of trees. So, you can probably figure out the rest. After almost every storm, I make the rounds in the yard, and I get to pick up the souvenirs the storm left behind. I haul all those downed branches to my special brush pile place even if they've still got leaves on them. Look, even if I am a city boy, I know there's no use planting those branches in the ground and hoping they'll grow more leaves. In fact, those leaves they have are soon going to fall off. As soon as the branch gets separated from the tree, it starts dying.