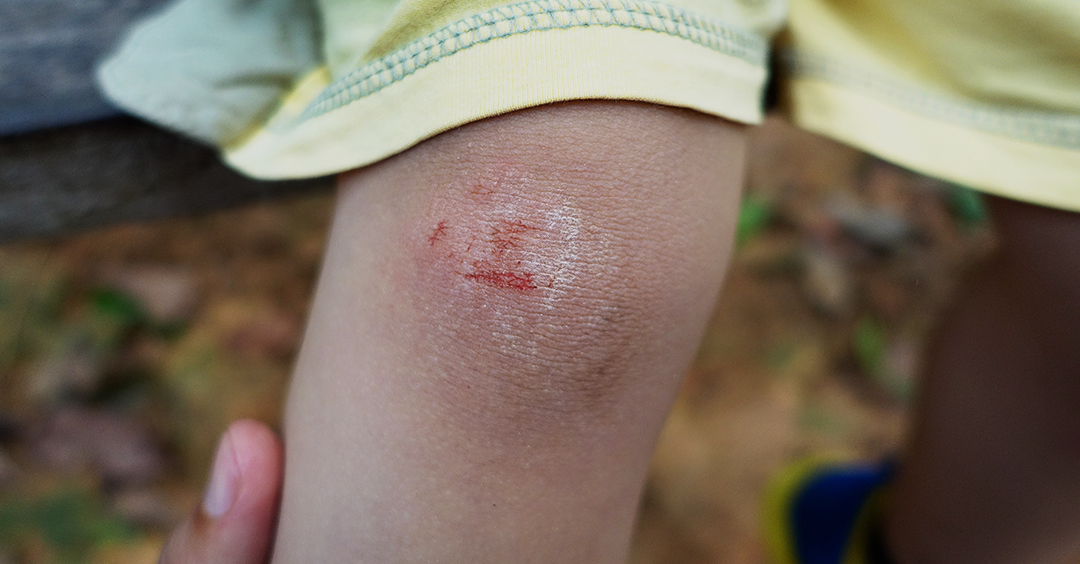 Every little boy gets his share of "boo-boos." Right? That's what little boys' knees and elbows are made for! I could never convince my mother that all I needed for my wound was a kiss. No, she always went to the medicine cabinet, pulled out this little bottle of liquid. I dreaded it! It was iodine. And did that stuff ever sting! But my Mom knew what she was doing. Yes, it stings, but it also disinfects!

I'm Ron Hutchcraft and I want to have A Word With You today about "It Stings - But It Disinfects."

Words can sting, too. You've probably noticed that - especially critical words. But they may be a lot like iodine. Listen to our word for today from the Word of God in Proverbs 15:31. "He who listens to a life-giving rebuke will be at home among the wise."

Notice, a rebuke can actually be "life-giving." It doesn't usually feel life-giving. When someone points out something they don't like about us, it hurts. It stings. But God says if we heed that criticism or rebuke, we're showing how wise we are. In fact, according to Proverbs 27:6, "wounds from a friend can be trusted, but an enemy multiplies kisses."

First, when someone who cares about us points out something they see in us, it does feel like a "wound." The Bible acknowledges that it hurts. But it also says that those comments can be "trusted" when they come from a friend. People who don't care about you may tell you whatever you want to hear, but those who care about you will tell you what you need to hear!

When we love someone, we have a responsibility to be a mirror for them; to show them what we see when we look at them. Sometimes, that means we'll be affirming the things that they're doing right, praising them for strong points they have that they may not be able to see. But our love also means we need to hold up that mirror sometimes to show them how they're coming across, what they're doing wrong. We all hate to hear that we're accidentally unbuttoned or unzipped, but it's a good thing people let us know, isn't it? It can save us a lot of embarrassment!

So when a friend or loved one points out something that isn't fun to hear, don't get angry with them or don't just disregard what they said or get all defensive. Consider what it is that maybe made them say that. What do they see that maybe you can't see about yourself? Maybe only a percentage of what they point out is accurate, but you need to prayerfully consider what part of it is true. It's hard for me to face this, but there's got to be something I'm doing or communicating that has made this person have this perception. The Bible says that those who listen openly and honestly to one of their "mirrors" will be "at home among the wise."

In some ways, the closer a person is to us, the harder it is for us to receive critical feedback from them. Like from our spouse, for example. But those are the comments we should give the greatest weight to, because this is someone who really loves us and someone who knows us really well. And when we are giving someone constructive criticism, let's be sure that we assure them that we love them, we believe in them, and that's the reason we're giving them this hard-to-hear input.

The "iodine" of someone's criticism? Yeah, it stings. But what stings can also kill infection!