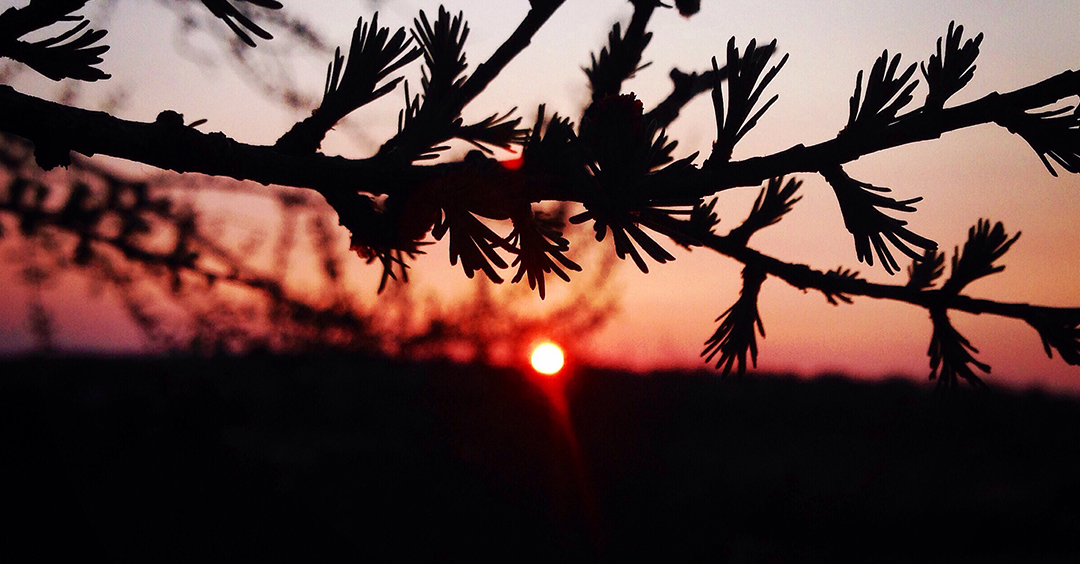 It was one of those milestone wedding anniversaries for my wife and me. I got congratulations cards. She got sympathy cards. But we had a wonderful couple of days in a romantic location, even doing some romantic things. Like a horse-drawn carriage ride through some beautiful countryside. Along the way, our driver pointed out a forest of tamarack trees which the Indians reportedly called "twice-burning wood." Our driver explained that tamarack trees need a fire in order to reproduce. Their bark is petroleum-based rather than glucose-based like most trees, so it takes a fire to burn off the bark to expose the seeds that produce new life. Interesting!

I'm Ron Hutchcraft and I want to have A Word With You today about "How Your Fire Can Produce New Life."

Instinctively, we think of fire as being destructive, and it sure can be. But in God's hands, fire can also be productive - as in producing new life. And that fire you're going through or heading into can have the same effect for you. It's meant to be life-giving, not life-taking.

In fact, in Malachi 3:2-3, our word for today from the Word of God, the Bible says that the Lord is "like a refiner's fire ... He will sit as a refiner and purifier of silver; He will purify the Levites" - or, let's say "His servants" - He will purify His servants "and refine them like gold and silver. Then the Lord will have men who will bring offerings in righteousness." So, the God who loves us turns up the heat to refine us, to make us more pure, to make us more valuable and to develop us into people He can use mightily.

Of course, that's not what it feels like the fire is doing. It's just hot. It just hurts. But God is, in essence, burning off some of our bark to expose seeds of new life. God uses the fire to expose and eliminate sin that otherwise we would not face. When it gets real hot, we finally ask the question we probably should have asked long ago, "What's wrong, Lord? Is there something You want me to do differently?" The answer is probably "Yes."

It's usually been when God's turned up the heat on me that He's finally got my attention and forced me to face some things that I needed to change but I didn't want to deal with. When I did, it began a new life; a new season of spiritual refreshing and seeing Him take my life to a new level.

There's another way God uses your fire to bring new life. He uses it to qualify you to open other hearts to Jesus. People who haven't been willing to listen to you when your life was going well will listen to you now because of the pain you're going through. God may use the fire you're going through to save them from the fire of His judgment forever. Also, when God turns up the heat, He often is trying to get us to change our priorities. Everything is either something that really matters or something that really doesn't. We get those confused until the fire comes and we focus again on what really matters.

Most important, your fire can produce a new life by causing you to see your God as you've never seen Him before. That's what happened to Job through all of His suffering. After it all, he said, "My ears had heard of You, but now my eyes have seen You" (Job 42:5). You never really know the Lord until you really need the Lord. And you really need Him when the fire's all around you. And in your desperation and your bankruptcy, you experience His love and His power as you never have before because you never needed Him this much before.

In Zechariah 13:9, God says, "I will bring them into the fire; I will refine them like silver and test them like gold. They will call on My name and I will answer them; I will say, 'They are My people,' and they will say, 'The Lord is our God.'"

From the fire you're going through are coming the seeds of some wonderful new life.