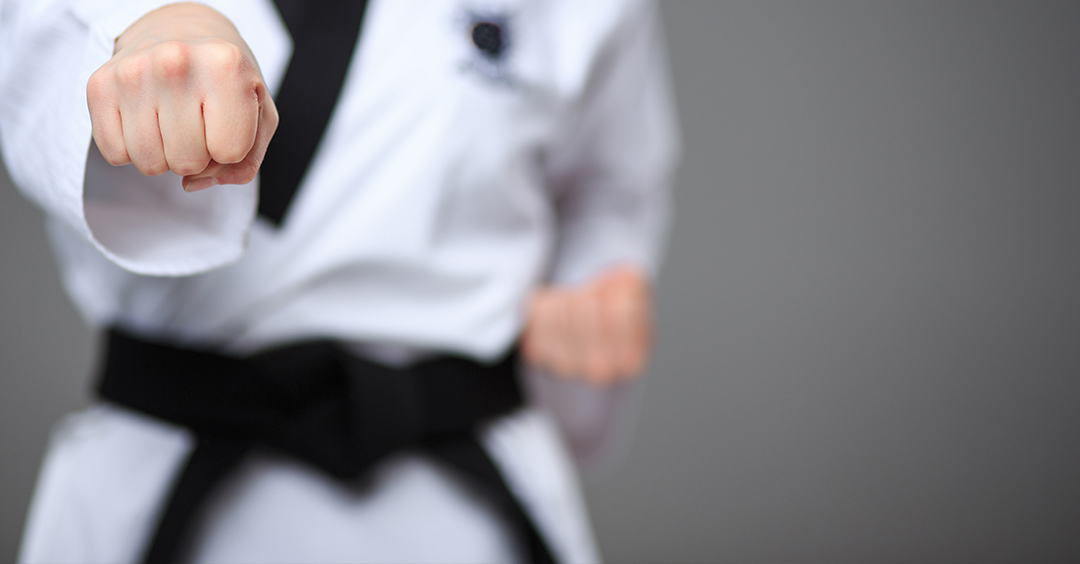 He's got a black belt in three different martial arts. That's the highest level of achievement in a martial art. Of course, I told him I have a black belt, too. I wear it with my dark suit. He didn't seem to be impressed by that, but I decided I definitely wanted him on my side. He told me that his training gives him the ability to fight back and defend himself from any position he's in. Well, except one - face down on the ground. He said that is the one position in which he is totally powerless.

I'm Ron Hutchcraft and I want to have A Word With You today about "God's Strange Road to Power."

Being in a powerless position makes you so weak, so vulnerable, so unable to do anything about the situation. But it is also, in the strange ways of God, the most powerful position on earth. Just ask General Joshua from the book in the Old Testament that bears his name.

In Joshua 5, beginning with verse 13, Joshua is in what may be the most intimidating, potentially fearful situation of his life at that point. He has bravely led God's people into Canaan, only to be confronted with the massive walled city of Jericho, looming before God's people as a seemingly impossible obstacle between them and the land that God has promised them. As their commanding General, Joshua has gone to scout out his mission impossible.

The Bible says: "Now when Joshua was near Jericho, he looked up and he saw a man standing in front of him with a drawn sword in his hand. Joshua went up to him and asked, 'Are you for us or for our enemies?' 'Neither,' he replied, 'but as commander of the army of the Lord I have now come.' Then Joshua fell facedown to the ground in reverence" - see, there it is. That's that position of total powerlessness. "And (he) asked him, 'What message does my Lord have for his servant?' The commander of the Lord's army replied, 'Take off your sandals, for the place where you are standing is holy.' And Joshua did so."

Many Bible scholars believe this Commander of the Lord's forces is actually the Son of God making one of His several pre-Bethlehem appearances in Old Testament times. No angel would have accepted worship, and Joshua calls him "my Lord." And Joshua falls on the ground, facedown. This is a guy who was very competent, very successful, very skilled. He'd never surrendered to anybody. But this day he surrenders. That's going to turn out to be the secret of winning. From this moment of total surrender, of total powerlessness before the Lord, comes God's unusual plan for conquering Jericho. But before there could be the conquest of Jericho, there had to be the conquest of Joshua.

And before there can be the conquest of the Jericho that looms before you right now, there's got to be the conquest of you. God allows things into our life that will bring us to the end of ourselves where all your experience, our wisdom, our connections, our persuasion are useless in getting an answer. Maybe God's brought you to this moment of total helplessness, not so you would give up, but so you would give over the controls to Him unconditionally. There is no condition God can do more with than our admission of powerlessness. Now you're out of the way finally, and now you can see what God can do!

And as you stand facing the walls of your Jericho that you can't possibly conquer, it's time for your unconditional surrender to your Lord. Admit your powerlessness. Don't be afraid to be broken. Often it's the breaking of a man that is the making of a man. Let God shine His holy light on the dark corners of you that you've never let Him touch.

And tear up that contract you want God to sign; the one with all the ways you've wanted things to be. Give Him a blank piece of paper, pre-signed by you to do whatever He writes on it. You're at the end of your power, but you're at the beginning of His. Surrendering is the way to winning, and powerlessness is the most powerful position in the world.