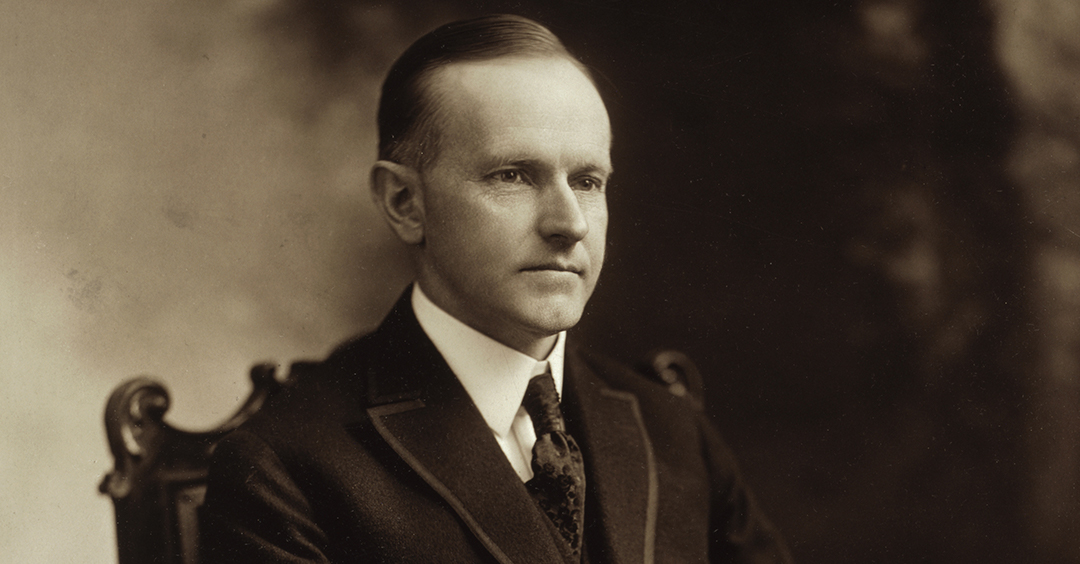 I was doing a little reading about the unusual man that was President when my mom was a little girl, Calvin Coolidge. Now he was a classic Vermonter, but not a classic politician. He was a man of very few words, great common sense, and very strong character. Even after his presidency he remained very popular with the American people. Now, Calvin Coolidge was remarkably cool under pressure, even that day when a letter was handed to him in Los Angeles that warned him of a plot to assassinate him. Coolidge blandly handed the note to his guard with just five simple words, "Guess this belongs to you."

I'm Ron Hutchcraft, and I want to have A Word With You today about "Giving it to Your Guard."

Our word for today from the word of God comes from 1 Peter 2:21 where God says, "Christ suffered for you leaving you an example that you should follow in His steps." Now before we read on, that word "example" means in the Greek language the alphabet that was at the top of a school child's slate. It's like, you know, you copy this if you want to do it right. It was called a copyhead.

Now, for us, that pattern is Jesus. Copy this if you want to do it right. Alright what's that? Well, this is what we're supposed to copy. "He committed no sin and no deceit was found in His mouth. When they hurled their insults at Him, He did not retaliate; when he suffered, He made no threats. Instead, He entrusted himself to Him who judges justly."

Now here's Jesus under the greatest pressure that any man has ever endured. He's carrying the redemption of the world on His shoulders, He's being insulted and spat on, beaten; humiliated by the men He created. He's suffering gross injustice, terrible indignity, agonizing pain. Now this is what we're supposed to copy. He did not retaliate, He made no threats, He committed no sin, no defending Himself against the accusations, no retaliation for the hurts. How could He possibly do that?

Look at Jesus during His arrest, His trial, His torture, and His execution. The people supposedly in charge of this thing, they were the ones who were out of control. And the one who is supposed to be the victim is the strongest person in the room. He's under control because He's committed His case and His cause to the God of the universe.

Maybe you're under attack in some way right now. You're feeling that pressure, maybe you're being treated unfairly, maybe you're being accused, or you have been really wounded. As perhaps no other time in your life, you have a chance to experience and demonstrate the difference Jesus Christ makes - the One who judges justly. You don't have to waste a lot of time defending yourself. Psalm 37:6 promises that "The justice of your cause will shine like the noonday sun."

Ask God for the Jesus grace to not retaliate when the harshness is just being hurled at you. Don't answer it. Don't stoop to their level and become like them. The Bible says a soft answer turns away anger. You see you win by not having the final hurting word or by offering the great self defense, but by being the peace person in a sea of hostility; the gentle person in a sea of harshness.

That is possible only by believing that someone better than you is defending your cause, and He is. It is the living God! So when the hit comes, turn to your all-powerful Father and protector and say, "Lord, I guess this belongs to You."