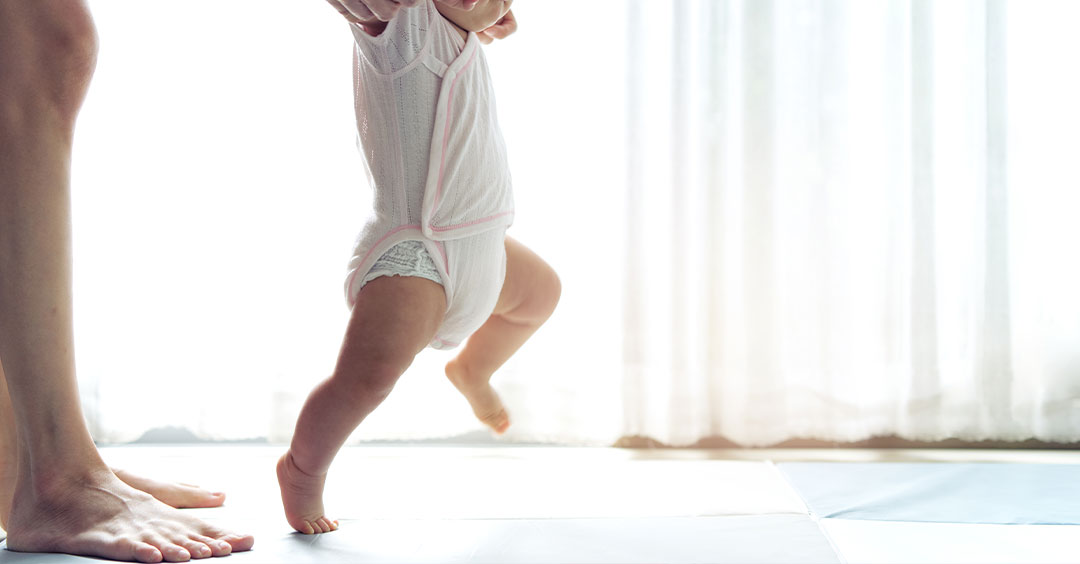 Our then-18-month-old grandson rapidly became a bulldozer on two legs. He didn't actually walk anywhere; he ran everywhere. And no comments about being like his grandfather here, OK? Of course, he didn't always get around like that. First, he only went where one of us carried him. Then the crawling started. He didn't do that for long. He graduated to walking real fast. And, like every baby who ever learned to walk, he began by taking a step or two and then he fell down. I guess he could have said to himself after a couple of falls, "Oh well, I guess I wasn't cut out to walk. It's just too hard. I keep falling down. I think I'll just lie here from now on." Oh, great! Now he's 18 years old, his mother has to vacuum around him. His friends come over and he says, "Hey, you want to roll into my room with me?" No, it didn't work that way. After he went "step-boom," he got back up and went "step-step-boom." And then "step-step-step-step-boom." Now you can't stop him!

I'm Ron Hutchcraft and I want to have A Word With You today about "Falling Down, but Not Staying Down."

God's children have something to learn from their own children. When you fall down, you don't stay down. You get up and you start walking again. Sadly, when many of us take a spiritual fall, we quit trying to walk. We just stay down. Maybe that's where you are right now.

I love the defiant recovery cry in our word for today from the Word of God. It's in Micah 7:8. "Do not gloat over me, my enemy! Though I have fallen, I will rise. Though I sit in darkness, the Lord will be my light." That's powerful. He acknowledges that he's fallen, but he declares that he doesn't have to stay down. And he's declaring that, he said, to his "enemy."

We know, of course, that our enemy is Satan himself, and he's very angry that he couldn't keep you from giving yourself to Jesus. He wanted you in hell with him forever. He lost that big battle. Now he's determined to keep you from living for Jesus, from experiencing victory over the things that have beaten you over and over. He wants to keep you from enjoying the peace and the security of a consistent walk with Jesus. So you know what he does? He keeps pushing buttons to get you to do things or think things or feel things that will bring you down. And maybe it's worked.

So you're down. Are you just going to stay down? "Well, it's too hard I guess. I'll never change. I tried. I failed. What's the use?" No! No! You're not going to let the devil succeed in one of his most cynical strategies-trying to turn one defeat into many defeats. OK, you fell. But that doesn't mean you have to stay there. that you have to fall more. You don't have to be there for the rest of your life. Satan starts pouring on the shame. He says, "Look at what you did. You might as well give it up, man, and just keep going down." But Jesus says this, "If we confess our sins, He is faithful and just to forgive us our sins and purify us from all unrighteousness" (1 John 1:9).

Proverbs 24:16 says, "Though a righteous man falls seven times, he rises again." Notice, it doesn't say the righteous man never falls. It says when he falls, he keeps getting right back up and doing what's right. The only person who never falls down, by the way, is the person who isn't trying to walk!