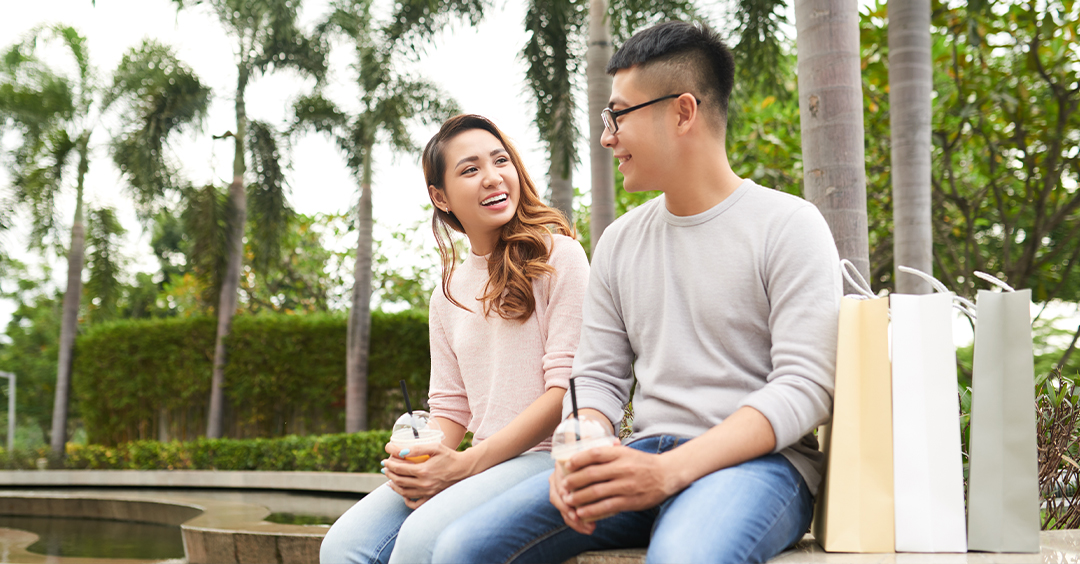 If you want to have some fun at a gathering where there are married couples, just ask a simple question. "How did you two meet?" You'll get some run-of-the-mill, maybe average type stories like, "We knew each other since we were six days old." But you may also get a few of them who start laughing out loud before they tell you why. They start rolling their eyes, they look at each other, and one or the other of them will say, "Do you really want to know?"

Occasionally, you'll get an answer that's about some random way of meeting - like in a laundromat, or an elevator, or some unexpected public place. Of course, you know, computer online. It's amazing how you can go out not looking, just doing something mundane, and in the middle of some everyday activity, "Poof!" There's what turns out to be your life partner. You know, sometimes that everyday stuff, whoa, turns out not to be so every day.

I'm Ron Hutchcraft and I want to have A Word With You today about "Destiny In the Drudgery."

Now, our word for today from the Word of God comes right out of the Christmas Story; those wonderful, familiar words about destiny in the drudgery. Luke 2:4 says, "So Joseph also went up from the town of Nazareth in Galilee to Judea, to Bethlehem the town of David, because he belonged to the house and line of David. He went there to register with Mary, who was pledged to be married to him and was expecting a child. While they were there, the time came for the baby to be born, and she gave birth to her firstborn, a son." Well, and the rest, I think we would say, is really history.

Now, Joseph needed to be in Bethlehem. Mary needed to be in Bethlehem, because all the prophecies of the Old Testament have said that the Son of God will come and be born in Bethlehem. Problem: Joseph and Mary are 90 miles away; they're up in Nazareth. Now, how are we going to get them to be in the destiny place for their lives? Ah-ha! Taxes! That's right! It was taxes that got Joseph to the town where Jesus was destined to be born. He had to go there and register. What a drudge!

Here he is, tromping over the hills, going there with his wife - mundane chores. And in the middle of the mundane is the birth of the Son of God. Now, that's very appropriate that it would happen that way, because God often buries a great gift in everyday stuff. Often the good things of your life that you're looking for come when you're not looking for them. God makes destiny out of drudgery...like a woman going to a well to draw water and she meets her Messiah in the middle of her daily chores. Or a fisherman cleaning his nets; he's cleaning up for the day, getting ready to go home and he leaves that day as a disciple of Jesus Christ - it's Simon Peter. Or how about a farmer's son, looking for his Dad's lost donkeys - Saul - and it's in that maneuver that he runs into Samuel and becomes the first King of Israel.

You know, I remember back some years ago, I had been looking - I think for about five years - for an experienced leader to take a vital leadership role in our organization, and God brought me together with someone perfectly gifted, perfectly prepared. You know how? He picked me up in an airport one day. That's how we met. Big deal! But his destiny and mine were in the drudgery of a trip to and from an airport. You say, "Well, so what?" Well, there's no such thing as waking up and saying, "Ho-hum, another day." Uh-uh. God is making something with this day. This is the day the Lord is making! Has made! "I will rejoice and be glad in it." He's weaving a tapestry. Oh, you just see the threads, but God's looking at the tapestry.

So, it's wise to commit yourself to a daily God hunt. Look for Him - God sightings, as He reveals himself somewhere in today's everyday stuff. So go with your eyes wide open into each new day - there's destiny in that drudgery. When Christ is your Lord, everyday stuff isn't everyday stuff.