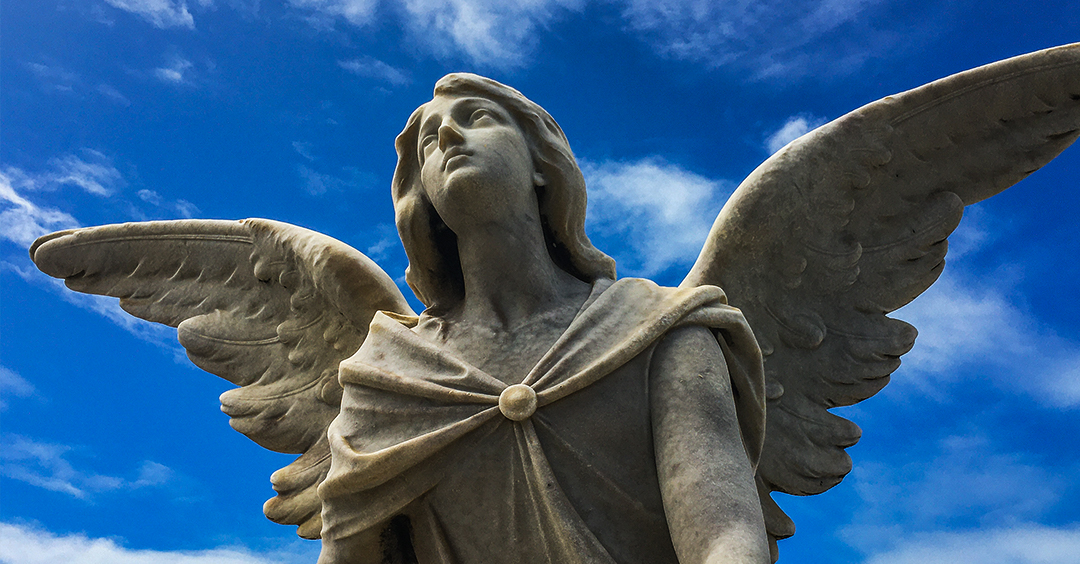 I've never been able to get this little four-year-old girl out of my mind. I never met her, but I'll tell you what, I saw her story and it really affected me.

She and her family only had moments to prepare before this F5 tornado hit Joplin, Missouri some years ago. Now, Mom and Dad battled fierce winds; they were desperately trying to shepherd everyone into the safest corner of the house, but not quite everyone. They couldn't get there in time. Somehow this little four-year-old daughter of theirs got separated from them, and those winds were so strong it was impossible to look for her any more. So, they huddled together as the tornado made a direct hit on their house. When they looked up, it had leveled everything almost instantly.

Now, I'm picturing a little granddaughter of mine and try to imagine this parents' panic as they're searching frantically - some reports said they looked for up to two hours. And they searched the rubble that had once been their home. And then they found her, hunkered down in one surviving corner of their house, but far from where the rest of the family had sought shelter. Miraculously this little girl was unharmed. The entire house was gone except for the family's safe spot and their daughter's one little corner.

They asked her, "Honey, how did you get here?" She said, "The man with big wings put me here."

I'm Ron Hutchcraft and I want to have A Word With You today about "Big Wings."

The man with big wings! She got to see what actually happens all the time, but usually beyond what we can see. Our word for today from the Word of God, Psalm 91:11-12 tell us that "...He will command His angels concerning you, to guard you in all your ways; they will lift you up in their hands..." Oh, and according to the book of Isaiah, they have big wings (Isaiah 6:2).

Every once in a while God will pull back the curtain between the world we can see and the spiritual world we can't see, so we can be reminded that the children of the Most High God are constantly under the protection of His "Homeland Security." The angelic security forces from what is the Homeland of those who belong to Jesus.

Now, some folks have made a really big deal out of angels. But they're not the big deal. They're just, according to Hebrews, "ministering spirits sent to serve those who will inherit salvation" (Hebrews 1:14). It's the God who assigns them that's the big deal.

So I can live without fear. My safety? My security? Well, it just doesn't depend on my situation. It doesn't depend on my surroundings. It depends on the powerful protection of a God who's promised it will be there. The important thing is that each day I seek to follow His leading and be in His plan. Then I'm as safe on a battlefield as I am in my living room, or in the path of a tornado, not because of where I am, but because of Whose I am. Yes, I should, as that family in Joplin did, take wise precautions. But ultimately, it's got to be God who keeps me safe.

Many of us decide we'll do what God wants based on what's safe or comfortable or secure. But the safest place on earth is to be in the center of the perfect will of God. There are no risky obediences to God, only risky disobediences.

Yeah, there will come a time when God will lift His protection and allow some instrument of His to bring me home to Him. But that will not happen until "all the days ordained for me" according to the Psalmist, are gone (Psalm 139:16) and my work is done. As the Apostle Paul said, "The Lord will rescue me from every evil attack and then will bring me safely to His heavenly kingdom" (2 Timothy 4:18).

Who knows how many times I've been rescued from danger I never even knew by "the man with big wings." The few I do know are just the tip of the iceberg of the countless times God has kept His rescue promise.

This little song our kids sang before they went to sleep each night says it all: "Safe am I, safe am I, in the hollow of His hands."