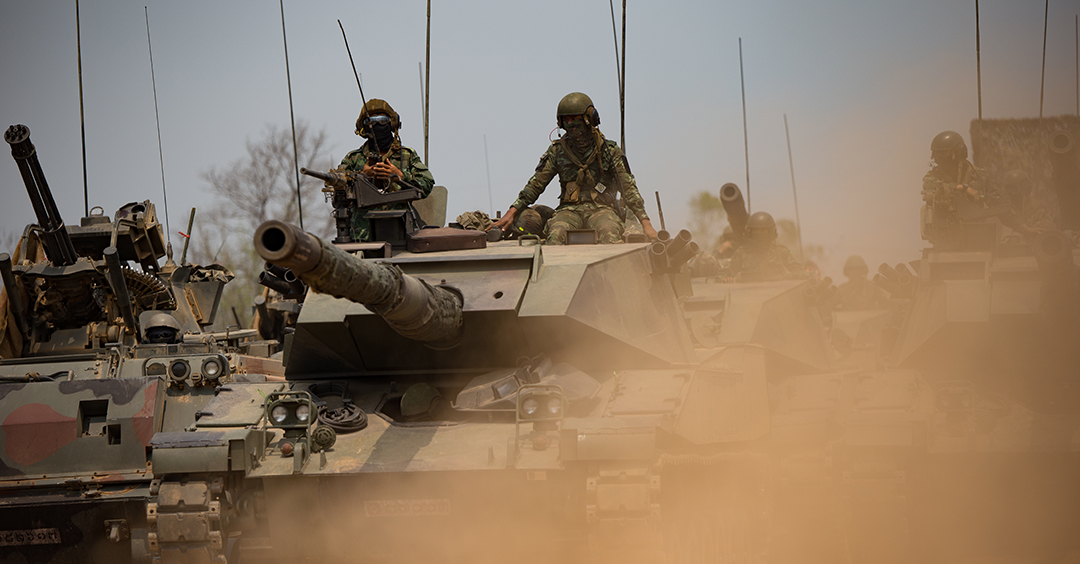 "Embedded reporters." It was a concept I had never heard of until Operation Iraqi Freedom years ago. But the U.S. Military decided to allow reporters to actually travel with and report from active combat units, fighting for the liberation of Iraq back then. The result was these amazing live transmissions from sandstorms, rapid troop movements, actual combat in progress, and even the takeover of some of Saddam Hussein's palaces. It was the ultimate in reality TV. Of course, it had one disadvantage; one that briefers and Pentagon officials kept reminding people of. The embedded reporter could only report on the small slice of the big picture that he was able to see from his unit's vantage point. A seasoned military observer expressed it this way on television: "The closer you are to the battle, the less you can see the whole war."

I'm Ron Hutchcraft and I want to have A Word With You today about "Battlefield Blindness."

That tendency to see only the battle right in front of you is not unique to military campaigns. It's a regular occurrence in our everyday lives. Maybe you're in the middle of some battles of your own right now, in your marriage, the life of your child, in your church, or maybe with your health or your finances or an important relationship. And just like those in the military situation who become totally focused on the fraction they can see, the closer you are to the battle, the less you can see the whole war. Which can lead to some hurtful mistakes: overconfidence, discouragement, overreaction, panic, even retreat or surrender.

Moses was facing one of those moments of battlefield blindness in our word for today from the Word of God. In Exodus 17, beginning with verse 3, we discover God's remedy for this nearsightedness that battles can cause. As Moses was leading God's people through the wilderness, they faced a crisis of having no water. And they were verbally and emotionally beating up on their leader pretty badly and even getting so ugly they were on the brink of stoning him.

The Bible says, "They grumbled against Moses. They said, 'Why did you bring us out of Egypt to makes us and our children...die of thirst?'" Talk about battlefield blindness. "Then Moses cried out to the Lord, 'What am I to do with these people?'" Ever felt that way yourself? Haven't we all? "What am I going to do with these people?" Well, listen to the Lord's wise advice to Moses and to you and me. "The Lord answered Moses, 'Walk on ahead of the people.'" As Moses did that, God revealed to him that by striking a certain rock, water would come out for the people. And that is exactly what happened.

Notice the principle here: as long as you're totally focused on the current battle, you probably won't be able to see God's big picture. You have to "walk on ahead of the people." Take some time away. Get some distance. Breathe! Be in a place where the only voice you're listening to is God's voice. You've been so focused on your child's problems, your mate's problems, the contentious issues, the difficult people, the physical struggles. You're not able to see the big picture of what God's trying to do and what part He wants you to play in it.

Battlefield nearsightedness can also blind us to how far we've come. We're obsessed with how far we still have to go, and it can blind us to how far someone else has come, too. We can only see how far they have to go. And battlefield blindness gives us spiritual amnesia. It makes us forget what an awesome God we have and the mighty things He's done for us in all those past battles. So many of yesterday's mountains are today's monuments to the power of God, to the faithfulness of God.

So take a step back. Walk on ahead of the battle for a little while and God will show you some answers that you would never see in the middle of the battle.