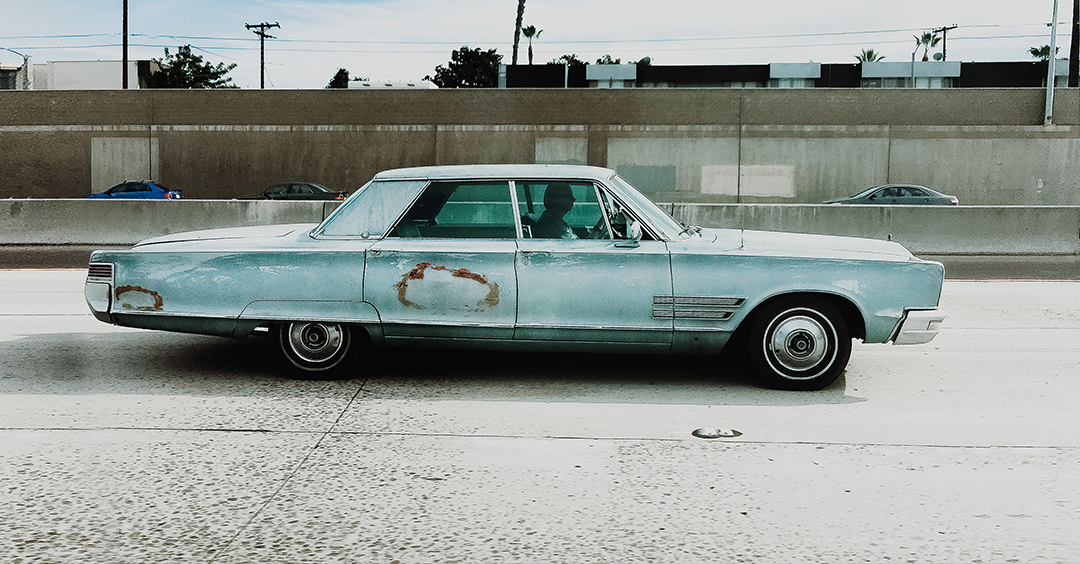 We had two weeks in our area that I call "The Ice Age." And a car actually slid into our vehicle in a parking lot. So the right side looked pretty ugly. Interestingly enough, that damage didn't affect the performance of our car at all. Like so many older cars we've had over the years, the outside was banged up but the engine was running fine.

I'm Ron Hutchcraft and I want to have A Word With You today about "Banged Up But Running Well."

It's possible for you and me to run that way, too. Did you know that? Hit hard and dented on the outside, but still running strong on the inside. A hit to the chassis doesn't have to mean a hit to the engine, and that's what keeps you going.

This "banged up but running well" phenomenon is explained in our word for today from the Word of God. In 2 Corinthians 4, beginning in verse 16, Paul says, "We do not lose heart." Now, that's pretty significant in light of the fact that earlier in the chapter he tells us about their being "hard pressed on every side, perplexed, persecuted, struck down." But in spite of all those hits, they are not "crushed," he says, or "in despair" or "abandoned" or "destroyed." If you've taken some hits lately, you might be interested in how Paul keeps his engine running so smoothly.

Paul has come to know his Lord as the Renewer; the One who refuels and refreshes his spirit each new day. Remember, God has promised that those who are weary and weak but wait on Him will "renew their strength" and "soar on wings like eagles" (Isaiah 40:31). How does that happen? Well, first of all, you get God's perspective. That perspective recognizes the difference between what about this situation is "temporary" and what about this situation is "eternal." We can say of any earth-burden what my wife and I used to say when our kids were going through the roller coaster junior high years, "TTSP" - "This too shall pass." That perspective makes burdens bearable. They're heavy, they hurt, but they're only hurt for a little while.

Secondly, you have to focus on God's payoff. Paul refuses to get mired in the present troubles; they're temporary. He focuses instead on the "eternal glory" that's going to be his for being victorious through these troubles. He tells us to "fix our eyes not on what is seen, but what is unseen...what is eternal." At that point, your troubles seem relatively "light and momentary," as Paul says.

A car can be hit hard and it can be all banged up, but that doesn't have to affect its performance. It's the condition of the engine that counts. You can be hit hard and all banged up, but it doesn't have to affect your performance. It's the condition of your spirit that counts. And God stands ready to jump start your spirit each new day if you'll focus on your Lord and not on your load.