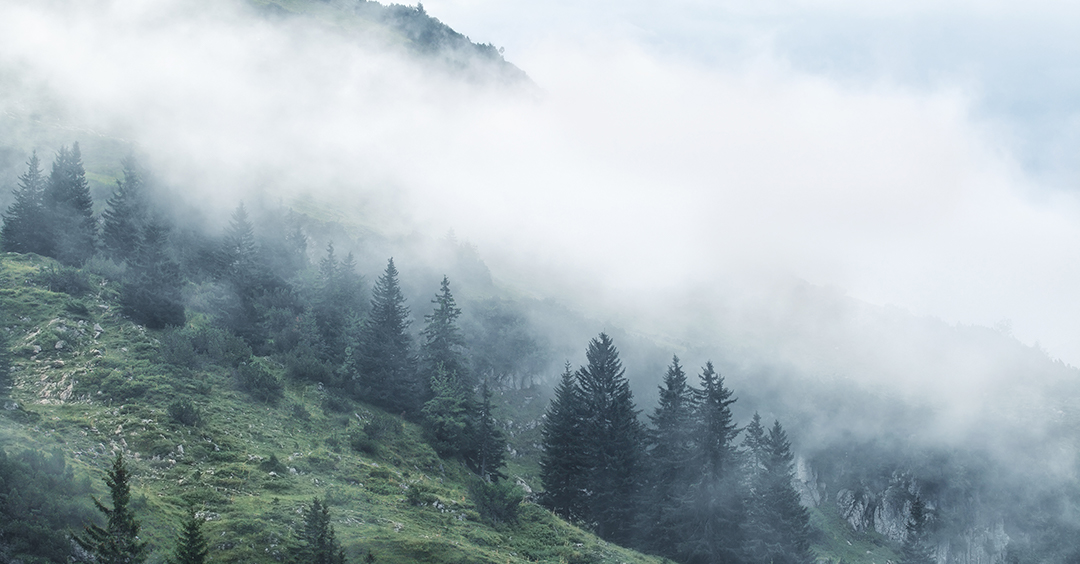 When our friends got married some years ago, they decided they wanted to live and farm in a largely undeveloped area of the Ozark Mountains. They had some interesting neighbors - one in particular. He looked and talked and smelled like a true man of the mountains who had little use for "civilization." After they declined his invitation to dinner a few times, they finally consented. It was a memorable night. They stood on the porch of his cabin as he pointed to the hens running around the yard and said, "Tell me which chicken you want for dinner." They did and then they got to participate in executing the lucky winner. The conditions in which dinner was prepared would have given chest pains to any health inspector.

As they sat down at the table, they noticed a dark covering on one dish that they were about to eat. It turned out it was flies! After dinner, the two men sat in the living room and visited. My friend commented on the big holes all along the bottom of the cabin walls. His host explained that those holes were from the mice. He said, "They must be mighty big mice and there must be a lot of them." That's what my friend said. The host just smiled and said, "Oh, the holes are from me killing 'em. I just sit here with my old .22 and shoot 'em when they poke their head out!"

I'm Ron Hutchcraft and I want to have A Word With You today about "Bad Ways to Do Good Things."

Getting rid of mice - that's a good thing. Shooting up the house to get rid of them - that's a bad thing. But then, there are lots of bad ways to do good things. In fact, the Bible is full of examples from Moses killing an Egyptian to help free his people from slavery to Abraham trying to fulfill God's promise of a son by having a baby through his wife's servant.

There's a particularly haunting story about bad ways to do a good thing in our word for today from the Word of God. It's haunting because it exposes some of the most common mistakes we make in trying to get what we believe to be a good result. Just before Rebekah has her twin boys, Jacob and Esau, God promises her that, contrary to what usually happened in a Jewish family, "the older will serve the younger" (Genesis 25:23). Jacob, the second-born, will receive the blessing that she would expect Esau, the firstborn, to get.

But now father Isaac, who gives that blessing, is nearly blind and he appears to be dying. It looks like Esau's going to get the blessing, not Jacob. In Genesis 26, beginning with verse 14, Rebekah schemes to pass off smooth-skinned Jacob as Esau the hairy outdoorsman. The Bible says, "Rebekah took the best clothes of Esau...and put them on her younger son Jacob. She also covered his hands...with the goatskins." She also gives Jacob his father's favorite meal to deliver. When Isaac asked, "Are you really my son Esau?" Jacob replied, "I am." And it worked! Jacob got the blessing. That's a good thing - the thing God promised. But it was done through manipulation and deception.

Here's the sobering question for you and me: do I sometimes manipulate people and situations to get a good thing to happen? The first syllable of manipulation tells the whole ugly story - man. I can't wait for God to do it His way. Human manipulation aborts the perfect processes of God. And it almost always demands some sacrifice of the truth, making things sound or look different than they really are.

By the way, Isaac didn't die for a lot more years. Rebekah's scheme ripped her family apart and made one brother ready to kill the other. Her favorite son, Jacob, had to leave for 20 years, during which he was repeatedly deceived and manipulated himself. And Rebekah never sees her precious son again. There's such a high price when you use a bad way to do a good thing! You may get what you want, but you'll lose more than you could ever imagine. Just ask Rebekah.

Christian writer Warren Wiersbe has an awesome insight on all of this. He says, "Faith is the absence of scheming." Here's the equation you can't afford to forget: a good thing + a bad way of getting it = a price too high to pay.