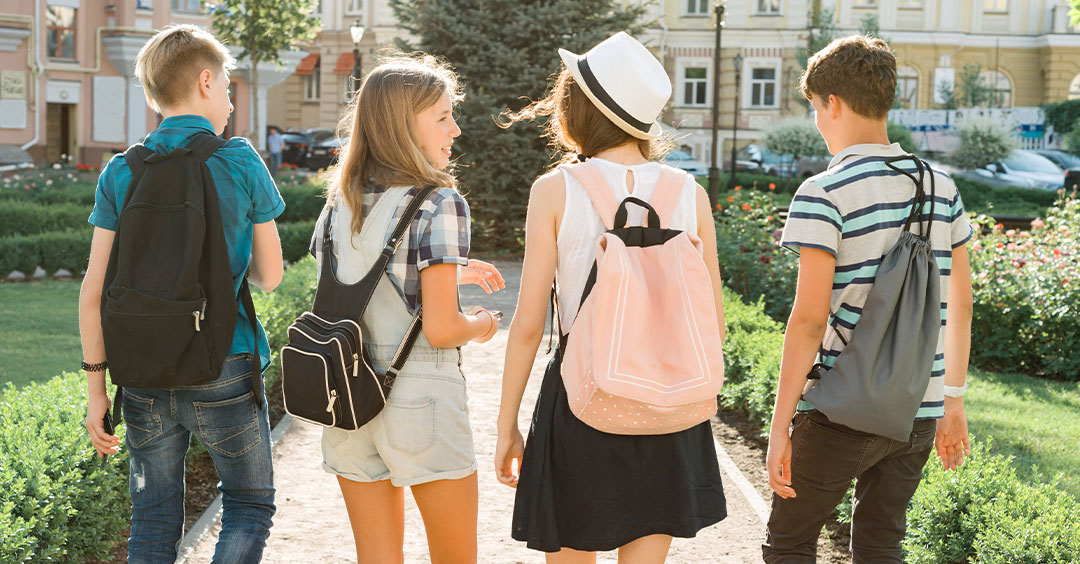 Slang words are sometimes difficult to understand. Not so much the words themselves, but their meaning. I mean, there are cool slang words out there. For instance, when I just used the word cool, I wasn't talking about the temperature. If a young person today looked at me and maybe said "Sus!" Now, what is that all about? Well, that means you're suspicious. That's what it means.

And just because someone may have asked you, "Do you know what time it is, man?" That doesn't mean they really want to know the time. Back in New York City, when I was in that area, no, that's not what it meant. During that time, in New York, a lot of people were asking, "Man, you're out of it. You don't get it do you? You know what time it is? You don't know what's happening." They were really saying, (nothing to do with the time) "You don't have it all figured out yet, man."

Our word for today from the Word of God comes out of Matthew 24. The disciples wanted to know what time it was. They said to Jesus, "Tell us when this will happen, and what will be the sign of Your coming at the end of the age?" And then Jesus began to give them some of the ways to be able to see what time it is on God's clock. "Many will come in My name" he said, "claiming 'I am the Christ' and will deceive many."

Now, let me give you five ways that He kind of let us know that the time would be near. First, Jesus said there will be lots of "christs." Now, it's pretty commonplace to believe that we're our own god, and we're our own creator. There's plenty of spiritual options out there. And then Jesus said, "You will hear of wars and rumors of wars." So it's going to be a world full of war and combat and danger erupting all over the place. Kind of sounds like the evening news.

Thirdly, we'll know that it's coming down to D-Day on God's clock because there's going to be a lot of natural disasters. He said, "There'll be famines and earthquakes in various places." In the book of Luke He adds the word pestilences. We've certainly seen our share of frightening diseases and mutating viruses, and immunity to antibiotics. We've got whole new things that we can't fight. There's plenty of famines and earthquakes.

The book of Revelation says a third of the human race will be killed by something that looks like fire and brimstone. How could early Christians have ever imagined that happening? Spears, bows and arrows? We know fire and brimstone that could kill a third of the human race don't we? And then two more compound events to Jesus' coming. There has to be an Israel. There hasn't been one for very long, and today they're a nation. That's important.

Then it says, "Every eye will see some of the events that take place." Well, how in the world could every eye on earth see one event happen? Satellites? It's happening all the time. We see things going on all over the world.

It's amazing the kind of countdown time you and I are living in. I mean, I don't know when Jesus is coming back - no clue. I would certainly not even attempt to name a time. The Bible says not to. But I can say I think the world looks more today like the world Jesus said He'd come back to than maybe it's ever looked like before. It's kind of like that ball coming down on the building in Times Square on New Year's Eve - 3, 2, 1. I don't know, maybe Jesus is almost here. And He says that at that time, people will be in two groups.

The first group of people is the colder. The Bible says, "because of the increase of wickedness the love of most (and He's talking about His people) will grow cold." Sin will be everyday stuff, and they'll get numb, and they'll fit in and they'll do nothing. It will put them to sleep. You might be in that group.

Lots of christs, lots of wars, lots of natural disasters, lots of disease, lots of mega weapons. Yeah, that could be a world we're living in right now, and it's later than it's ever been on God's clock. It's time to live boldly, man; to go public for Christ; to be "all in," to attack the sin that we've been flirting with. Because sometime soon our Lord may just show up. Keep your eye on the clock. Do you know what time it is?