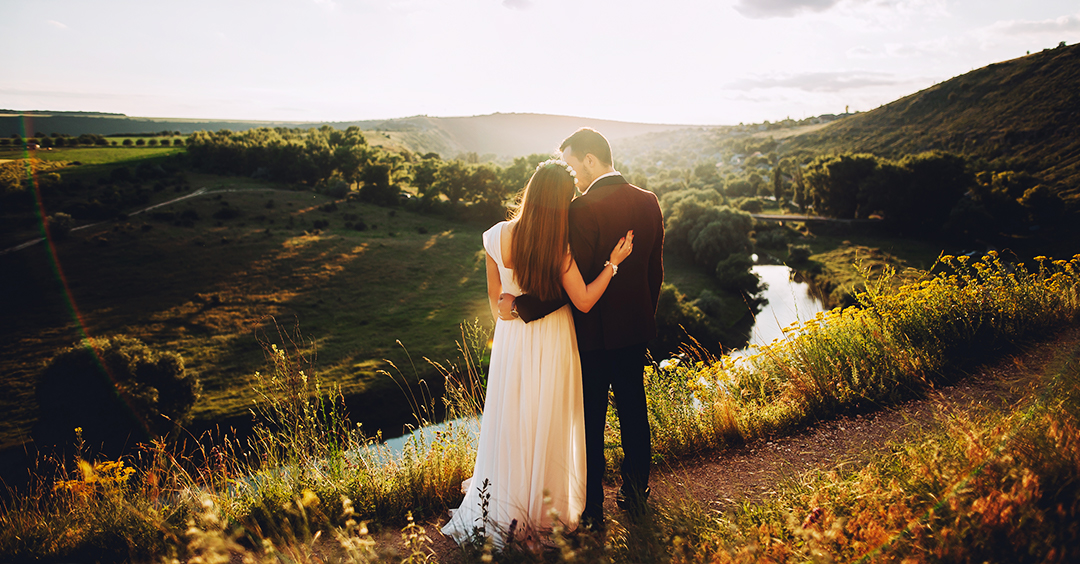 Every wedding has its special challenges. Our friend Candace's was no exception, like getting the people in the wedding to the wedding. The groom's family, including the best man, had to come from Sweden. And it just so happened that the week of the wedding was part of the longest stretch of winter cold and a deadly covering of ice in 100 years. Literally, our whole region was glazed over with three layers of freeze, and it made even taking a step treacherous, let alone driving a vehicle. And there wasn't a trace of thawing. Well, it was a battle. I mean, storms closed the major airports around us. But after many hours of travel and waiting, the groom's family finally got a flight to an airport about four hours away from us. Then came a long and treacherous drive for the groom, to and from the airport. Oh, and the fun was only beginning when they arrived in town, because then just walking to or from your car was risking life and limb. But Friday night, right on schedule, with the entire starting cast, according to plan, the wedding happened.

I'm Ron Hutchcraft and I want to have A Word With You today about "A Long Journey and A Happy Ending."

For the bride and groom, for two families, the journey was a lot harder than they thought it would be. The process took a lot longer than they thought, but the goal came together right on schedule! Which may be exactly what's going on in your life right now related to God's great plans for you and something you've been trusting Him for over a long time.

There's so much security and reassurance in our word for today from the Word of God as He describes His activity in our lives. Ephesians 1:11-12 steps back with God's telephoto lens to give us the really big picture: "In Christ, we were also chosen, having been predestined, according to the plan of Him who works out everything in conformity with the purpose of His will." In other words, God's plan for you is going to work out, right on schedule, with all the right cast, according to plans He made for you before there was a you!

Now I may not feel like that right now. Given what's going on right now - or what's not going on right now - it may be hard to imagine a happy ending. If you look at the human possibilities, there's not much hope of things coming together. But since when is a child of Almighty God supposed to just look at human possibilities. The harder it is, the longer it takes, the more everyone is going to know it had to be God.

That's how it was when those two families watched their carefully laid plans unravel, and then God pull together what only He could pull together. It provided a powerful witness to family members who weren't believers, and even supporting each other on the ice bonded two families that had never even met before. God often takes a while to accomplish His purposes, because He's doing so much more than we could ever plan or anticipate.

So your Plan A may have gone up in smoke; maybe your Plan B, and C, and D are on the scrap heap, too. But God's Plan A is right on schedule, it's right on track. And that's the one you were made for, the one that was made for you. And He's not just working out a plan that will be good for a little while. He's carrying out plans that will be good forever! He's working out "everything in conformity with the purpose of His will" for you. That's what the Bible says. I love Proverbs 19:21. It says, "Many of the plans in a person's heart, but it is the Lord's purpose that prevails."