Out of the Darkness, Into the Light 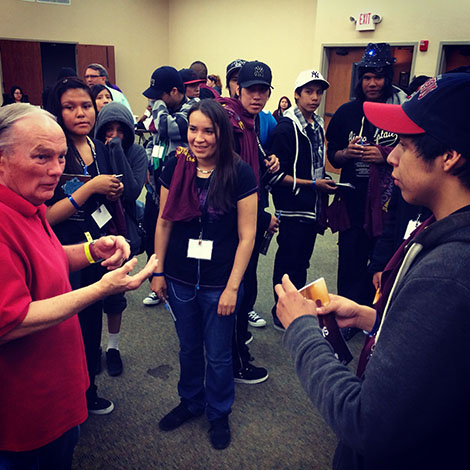 "Lord, please make this the Warrior Leadership Summit where You blow the lid off!"

That’s how God led us to pray beginning months ago. He answered that prayer big-time. 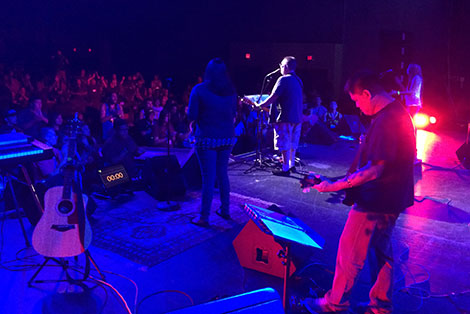 You prayed them there. If you gave, you helped them be there. And you prayed down the power and glory of God.

Leaders went to extraordinary lengths, fighting to get young people there from their reservations. Like Bill, who, two days before leaving for WLS, was seriously burned in a grill fire. But with second-degree burns over much of the lower half of his body, he drove his van-load of young people hundreds of miles. Our nurse said his burns would have put him in the burn unit in her hospital back home. But he could not let those young people miss their encounter with Jesus. Many of those young men and women surrendered to Jesus this week!

Some of the young warriors who came to Jesus at WLS described what it was like to be delivered from the darkness...

The largest group at WLS may have come from the darkest place represented there. Their community is accessible only by boat or plane. It's a place where children as young as six years old regularly use inhalants as emotional pain relievers...where everyone knows someone who’s ended their own life...where the graves of those young people who shouldn't have died so young are often right in your front yard. Always right in front of you. 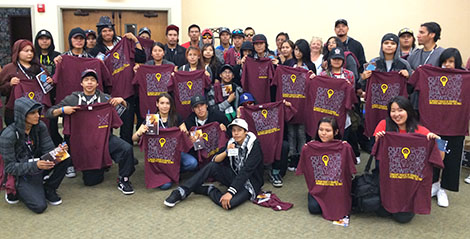 Kyle's from there. All too often, we've tried to bring him back from the brink of suicide. After years of being away, he came to WLS this year. When he saw my wife, he ran to her, embraced her and simply said, "I’m still alive." In the last hours of our last night, he prayed with me, literally crying out to the Lord to deliver him from the deep degradation and darkness of his life. After that agonizing hour of spiritual warfare, the darkness had lost. The Light had won. 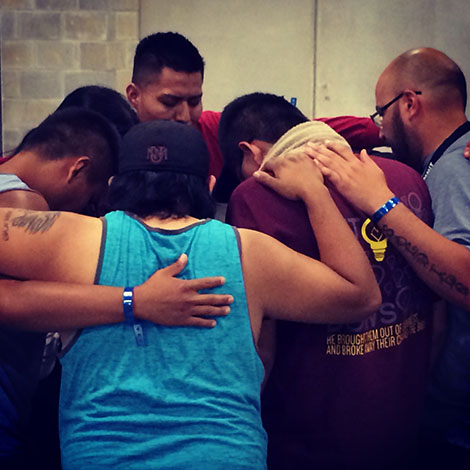 And that was the story of Warrior Leadership Summit 2014. For so many young people who have lived in a paralyzing darkness, Light has come "and the darkness could not overcome it" (John 1:5).

Years ago, I wrote two words next to Matthew 4:16 in my Bible. Native America. That verse says, "The people who sat in darkness have seen a great light. And on those living in the shadow of death, a light has dawned."

And now 54 young On Eagles' Wings warriors, representing 33 tribes, are headed for reservations in a five-state area. Carrying the Light where the darkness has taken too many lives.

They will go out on eagles' wings. Carried by your prayer. 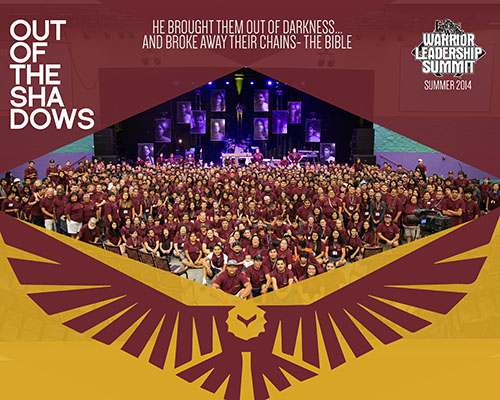 WLS is made possible by friends like you. Your gift of any amount will go towards making this conference possible to reach and disciple Native young people for Jesus Christ. Thank you!