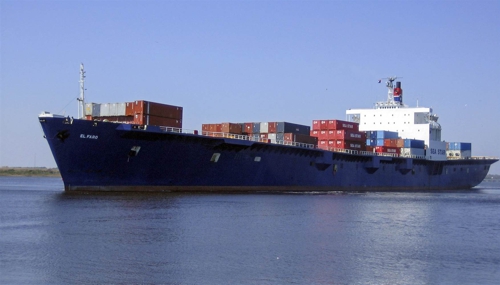 I've been in three hurricanes. But always on land. I can't imagine what it would be like to face it on the water.

The crew of the container ship El Faro were on pace to be well ahead of Hurricane Joaquin last week. Until they suddenly found themselves with no propulsion system.

Directly in the path of a Category 4 Hurricane. Fifty-foot waves, 140-mile-an-hour winds, zero visibility. The crew's families have asked for people to pray for them and their missing loved ones.

A Coast Guard officer said, "No matter how big the ship is, when you are disabled, and you're at sea, and you're in the middle of a storm - the size and strength of that storm is just enough to overcome just about anything."

I've never been in a ship in a storm. But - in a more personal way - I get what he's saying.

Because storms - the physical and emotional kind - are part of everyone's story. I've felt the blows of medical crises that threatened the lives of people I cherish. I've experienced the pain of someone I love being here one day, then suddenly gone. I've had trust betrayed. And there are the consequences of choices I wish I could have back.

And, like most people, I want to think I'm smart enough and strong enough to navigate the brutal winds and surging waves.

But, truth be told, it's like the Coast Guard captain said - sometimes "the size and strength of that storm is just enough to overcome just about anything."

And that's when people sometimes go under. Marriages break apart. Panic drives us to choices that even sink us more. Fear, despair, desperation take us down.

I'd like to think I'm pretty strong emotionally. But not strong enough to hold things together when I'm blindsided by a really brutal storm. But, thank God, I belong to Someone who is.

When Jesus was here, the team He built included some seasoned fishermen who had weathered many a storm. Until the night that all their experience and strength was not enough to keep their boat from starting to go under.

That's when Captain Jesus stepped to the stern, raised His hand and shouted a command - "Peace! Be still!" The Bible says, "The wind died down and it was completely calm."

Because whatever storm is bigger than we are, Jesus is bigger than it is. After all, He had the power to walk out of His grave three days after He died on a cross to pay for our sin.

Jesus hasn't always stopped the storm around me. But He's calmed the storm inside me. Beginning with the turbulence in my soul from battling with God for the control of my life. But, thanks to Jesus' life-giving love, I have "peace with God through our Lord Jesus Christ" (Romans 5:1). That peace is my unshakeable anchor.

The storm we can't handle finally confronts us with a truth we've never wanted to face. We were never meant to be at the helm in the first place. 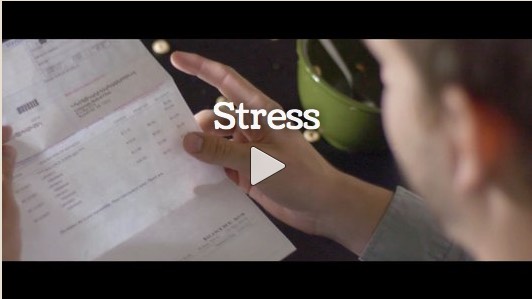