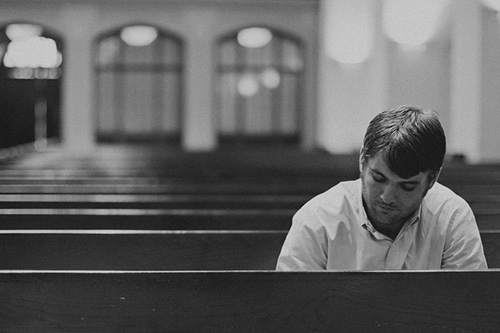 "There are five Gospels - Matthew, Mark, Luke, John - and the Christian. Most people never read the first four."

That observation, made long ago, couldn't be more true today.

If our world's getting darker, then something must be wrong with what folks are "reading." In the Christians - the messengers - they know (that was last time). And with their Message. Actually, with the way they represent it.

Because that Message is the "good news about Jesus" - the love that died for us, the power that crushed death. So the problem isn't in the Message. But the Good News doesn't sound as good when it's obscured by three mistakes we messengers make.

So many unbelievers I know use some unwelcome words to describe Christians. "Angry." "Judgmental." "Condemning."

Up to 80% of communication is tone. Not what we say, but how we say it. So is our tone drowning out our Message?

Jesus' main man, Simon Peter, seemed to learn that over time. Earlier, he was brash, explosive. But later, he said we should "always be prepared to give an answer to everyone...with gentleness and respect" (1 Peter 3:15).

Is that how people feel when they're with us - "gentled" and "respected?" Is it our Message folks are rejecting? Or our tone?

We Jesus-followers have one authority for the Message that changes eternities. God's Word. "All Scripture." "God-breathed" (2 Timothy 3:16).

But as our culture moves, Christians tend to move with it. Always keeping an apparently "righteous distance." But quickly ending up where non-believers were - as little as ten years ago. And reinterpreting, rationalizing, diluting their Source, the Bible. To justify their flexible "truth."

When we adjust our beliefs to placate our culture, we are no longer the choice Jesus called us to be. But an echo. Losing the power of God's voice for a wimpy blend of Christianity and cultural appeasement.

The Gospel is compelling when it's just the Gospel. But some people never get to the Gospel. Because of the baggage we encumber it with.

That's why Paul, Jesus' greatest ambassador, said all he would talk about was "Jesus Christ and Him crucified" (1 Corinthians 2:2). Charles Spurgeon said the Cross is "that magnificent magnet." Because "if they perceive that He loved them and gave Himself for them, their hearts are stolen away."

That Message - uncompromised, unencumbered - delivered with love, is what it has always been. "The power of God at work, saving everyone who believes" (Romans 1:16). It's all about Jesus...and His Cross.

Messengers who act like Jesus, a Message that's all about Jesus. A bright light on an otherwise dark and dangerous stretch of beach.