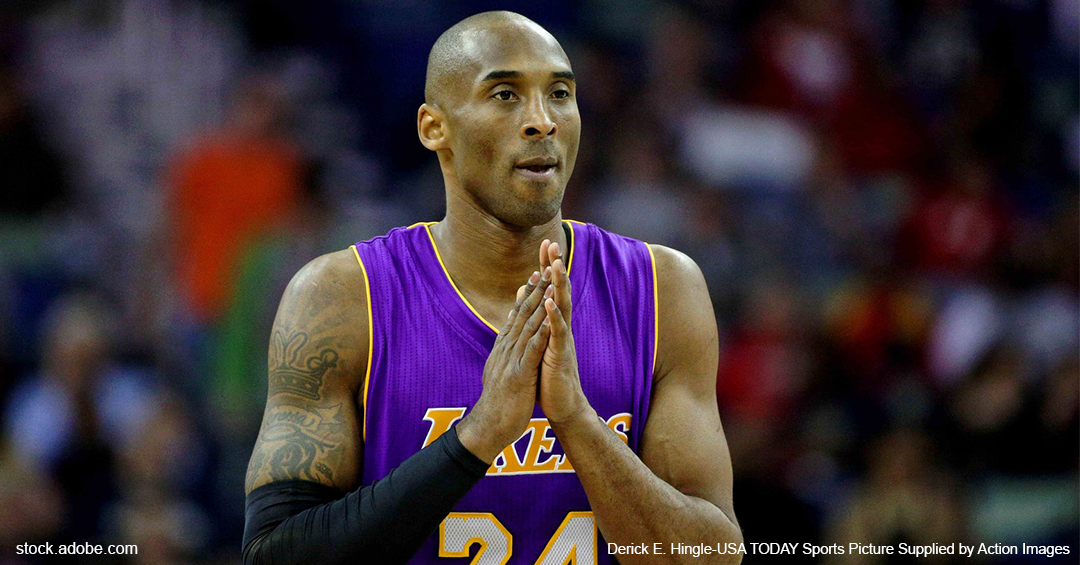 When the shocking news of Kobe Bryant's sudden death broke, it really hit like losing someone you knew.

I see it in the Native American young people who are so much a part of my life and my work. Like Amy. She's an overcomer - depression, abuse, trauma. For her, basketball has offered relief from reservation despair. She says, "Kobe inspired me."

A lot of our Native "sons and daughters" proudly wear their Kobe jersey. Because he "inspired" them. As one young Native leader and friend said, "It looks like we're all in a state of mourning."

It's just a microcosm of the deep sense of sadness that invaded so many hearts when the jolting news of that deadly chopper crash first hit.

Then we learned his 13-year-old basketball prodigy daughter Gianna died with him. A total of nine pretty extraordinary people were lost in that devastating crash.

The mother and daughter who "lit up every room they were in." The women's basketball coach, investing her life in young women who loved the game. The beloved college baseball coach, along with his wife and daughter.

Not marquee names like Kobe - but each one precious to God and to those loved and impacted by them.

But Kobe Bryant's amazing basketball achievements and superstar status made this crash a tragedy felt around the world. Five NBA championships. Two Olympic gold medals. A legendary ability to carry his team-for-life Lakers to one memorable victory after another. And his "work ethic" that so many young players called their inspiration.

He summarized that passion for excellence when he said, "I made a promise to myself when I was 15. At the end of my career, I want people to think of me as a talented overachiever. I was blessed with talent, but I worked as if I had none."

But having done a lot of life-coaching over the years, I'm thinking that Kobe played his biggest and best game after his NBA career ended.

Because of where his values seemed to land.

Many Kobe tributes have also referenced his darkest chapters. But it's the way Kobe Bryant lived his remaining years that, measured spiritually, may have been his "biggest game."

As evidenced even by what he did in his final hours. He went to church. And he was being a dad.

Now none of us can know a person's heart or the depth of their faith. But we can acknowledge choices that elevate the things that really matter in this life.

People close to the Bryants call Kobe "a hands-on dad." The biggest points a man will ever score in his life are in the legacy of love and encouragement he gives his children. A lot of people can be a hero on the "court." But you're the only guy in the whole world who's "Dad" for your kids.

I was struck by the simplicity of my own dad's gravestone. He accomplished a lot in his life. But that granite epitaph simply says, "John Hutchcraft. Husband. Father." Now, many years after his passing, that really is what matters about his life.

Apparently, Kobe Bryant answered the wake-up call. And invested in his marriage and his daughters. Being a hero at home is where heroism matters most.

But even more important than investing in your family is what Jesus called "seeking first the kingdom of God" (Matthew 6:33). Because the One who gives us life and breath is often pushed to the edge by us seeking first our own kingdom.

But the challenges of family, the reality check of your personal failures, the things that are beyond your power to fix or control - they can force you beyond "I believe in God." To "I really need God."

Kobe Bryant was pressed in an interview to explain what he had learned from that darkest chapter. He said, "God is great. It don't get no simpler than that." "Did you know that before?" the interviewer asked.

Bryant said, "You can know it all you want. But until you've got to pick up that cross that you can't carry - and He picks it up for you, and carries you and the cross - then you know."

That's what Jesus did for me when the love of my life, my amazing Karen, was suddenly gone to heaven. In the deepest, darkest valley of my life, He picked me up, and the heaviest "cross" of my life, and carried me.

And when our "eternity moment" comes - as it did for nine people on a California hillside - that Relationship is really all that matters. All the trophies and applause suddenly mean nothing.

As the chaplain of the United States Senate said in his Monday morning prayer, "As millions mourn the deaths of Kobe and Gianna Bryant and those who died with them, we think about life's brevity and uncertainty."

One heart malfunction. One driver crossing the middle line. As a friend said in his Facebook post, "Here's the sobering reality. Any moment could be our last." He's right. And in that moment, all that will matter is whether I'm right with God.

I can't get into heaven with my sin. And only one Person could forgive my sin. The One who died to pay my death penalty for hijacking my life from God. That's why I'm so grateful for Jesus' promise: "Everyone who lives and believes in Me will never die" (John 11:26).

There is no greater peace than knowing you're ready for eternity. Whenever, however it comes.