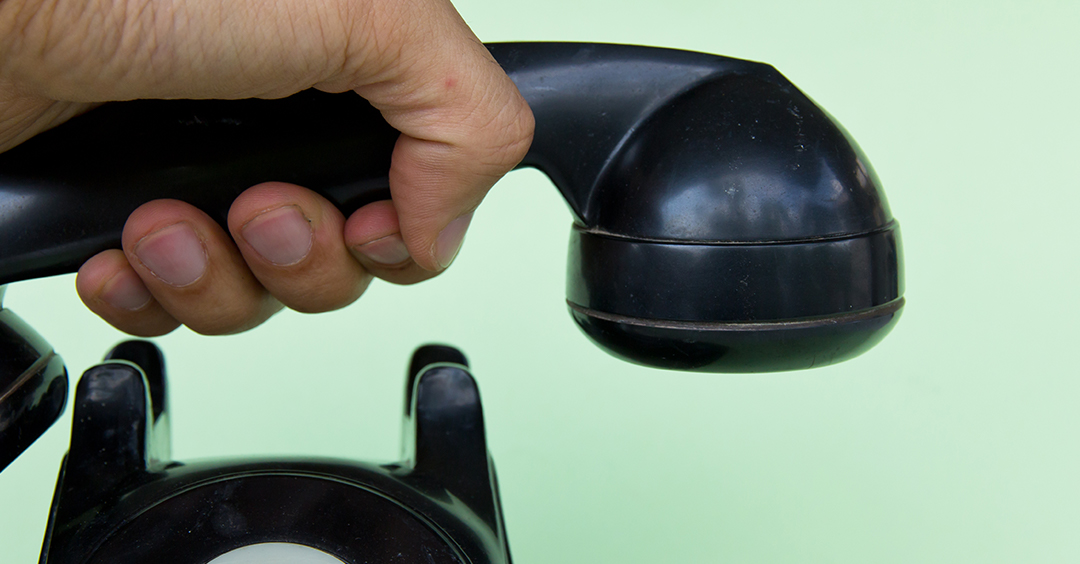 The phone rang in my study. I thought my wife was asleep at the other end of the house. Even though I was really preoccupied with what I was writing, I answered the phone so it wouldn't disturb her. A guy named Mike said hello and he started explaining his special offer related to satellite TV. I wasn't interested, and I tried to tell him that. He just kept talking. I was just starting to tell him no a little more forcefully when I heard a little giggle on the phone. My wife was awake; she had picked up the extension. That's when I woke up! I hate to tell you this. I was talking to a recording. Feeling stupid now! Click.

I'm Ron Hutchcraft and I want to have A Word With You today about "The Case of the Missing Listener."

It's no fun talking to machines. (No fun being this dumb.) It's frustrating trying to talk to someone who's not listening. That is a feeling lots of folks understand because they've been trying to talk to a human who isn't listening much more than a recorded salesman on a telemarketing call! The question is: could it be that some person or some people who you know feel un-listened to by you...unheard by you?

Jesus said one of the two great commandments was to love your neighbor as you love yourself. One way that you show that kind of unselfish love is to stop talking and listen to people as you want someone to listen to you. We want people to listen to us without interrupting, don't we? Showing respect for what we're saying. We want them to give us their undivided attention. Then to love them as we love ourselves means to give them that kind of attention.

In fact, our word for today from the Word of God leaves a follower of Jesus little choice. God tells us to listen! James 1:19 - which is probably one of the most disobeyed verses in the entire Bible - says this: "Everyone should be quick to listen, slow to speak, and slow to become angry." Too many of us seem to have slightly rearranged some of the words in that verse, "Be slow to listen, quick to speak, and quick to become angry."

What's the connection between not listening and getting angry? When we don't take time to really hear everything a person has to say, we react to the first things they say instead of waiting until we really understand what they're trying to communicate. Listeners try to hear the heart not just the words, the need that's behind the deed. People who would rather talk than listen jump on partial information, partial communication and what's on the surface. No listening, no understanding. No understanding, wrong conclusions and angry reactions.

You can see why God says in Proverbs 18:13 - "He who answers before listening - that is his folly and his shame." I wonder if the people close to you feel really heard by you? Does your wife, your husband feel really listened to and understood? Your parents? Your son? Your daughter? The people you minister with? The people you work with? Your employees? Your friends? Or are you, like that recorded phone salesman, just a talking machine most of the time? When you are, you leave a trail of people who feel lonely, excluded, misunderstood, put down; you might say you leave a trail of tears.

There are few things you can do that say you value a person more than dropping everything to hear what they're saying - not just their words, but their heart. If you can't give them your total attention now, let them know when you can and give it to them. So many misunderstandings, or arguments, or harsh words, so many wounded children, so many broken relationships, so many bleeding churches, so many broken marriages because someone just wasn't listening.

You can do something about it by really listening before you speak; by asking a person, "How do you feel?" before you ever say what you have to say. It's Christ-like love in action. It's listening love.